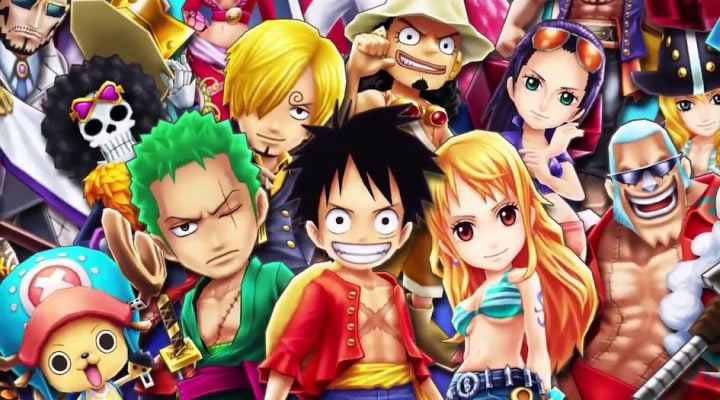 A form of auto-MMO, One Piece Thousand Storm is a pretty enjoyable ride, whether you’re a fan of the franchise or simply want to try something new. If you’ve played any of the various MMOs on mobile before, you’ll be somewhat familiar with how this game plays out — but that doesn’t mean it’s not oddly compelling at times.

The crux of the matter has you tackling various missions with up to three players. In between missions, you can work to combine acquired cards and items to level up and improve your characters. Alongside that are plenty of options to complete side objectives, as well as buy new cards to speed up your progress. It’s the kind of format you’ve probably seen across a few other games, but it works quite well. While One Piece Thousand Storm might offer somewhat sluggish loading times, it’s simple enough to get to grips with. 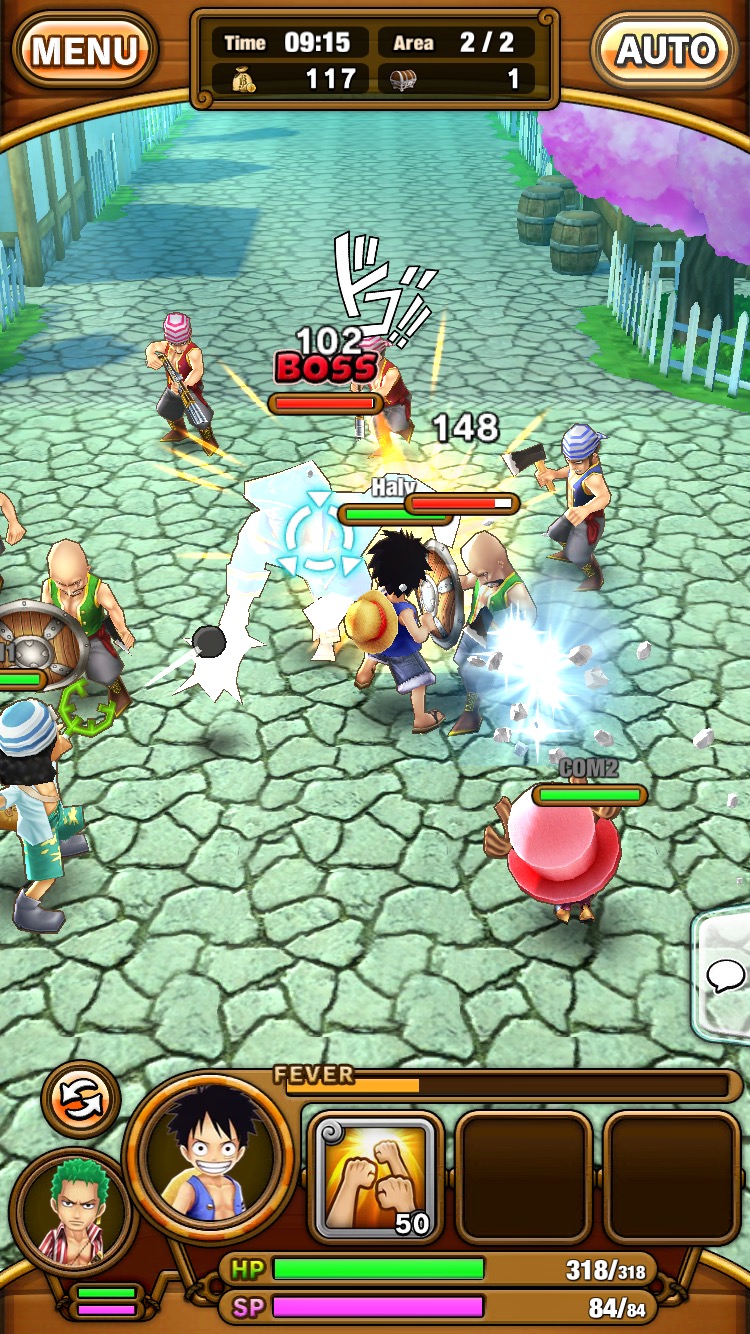 Combat is similarly straight forward. Your characters automatically move towards the enemies on screen, attacking them as they go. You can choose to move yourself too, but One Piece Thousand Storm is really pretty hands-off if you want it to be. You can implement special attacks by hitting the relevant icon, with a ‘fever’ attack being possible after a certain number of successful hits. It’s simple stuff but it’s still quite satisfying when you watch your character blast through a series of foes.

Each level is divided up into areas with the final section having you fend off a boss character. Again, nothing complex, but you’ll feel smug when you achieve that all important S rank for a practically perfect run. There’s always the option of switching out characters too, to give you a further sense of control. 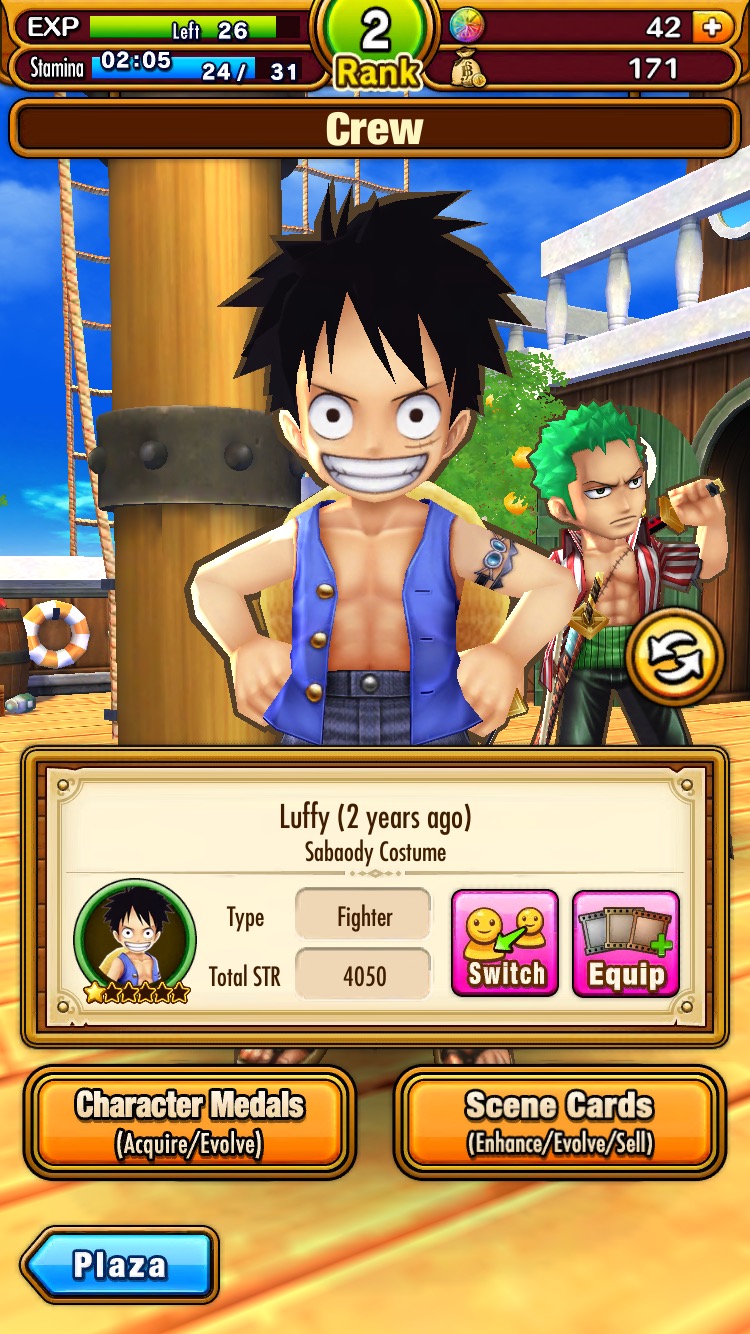 That success only really comes from gradual grinding and chipping away. Early missions might be fairly simple to complete, but you’re going to have to work on improving your skills and leveling up a steady rate. That’s where combining cards outside of the missions counts for something. It’s an easy enough process with One Piece Thousand Storm giving you a heads up on what’s actually possible to do. New skills can be unlocked this way and again, it’s fun to see what can be done.

Fans will also appreciate the option of unlocking scene cards. These offer up memorable scenes from the anime, while also improving your stats. Even if you don’t know the anime, there’s a buzz in unlocking them.

Where One Piece Thousand Storm falters quite badly is when it comes to the more technical side of things. Even on an iPhone 6s, I found loading times sluggish and annoying. More importantly for an MMO, the connection is temperamental. At regular points, the connection would drop, despite no issues with my internet connection. I could always hit the reconnect button when I wasn’t taking part in a mission, but sometimes it would do it midway through a battle. Presumably such server issues will be rectified in the near future, but for now it’s a major irritant.

Stick through such annoyances, and you should enjoy One Piece Thousand Storm. It’s an easy way of partaking in RPG adventuring without having to get too bogged down in the details. You can simply enjoy dipping in to complete a mission or two before returning to your daily activities. It fits mobile gaming habits pretty well in that respect, always giving you something new to chew on.