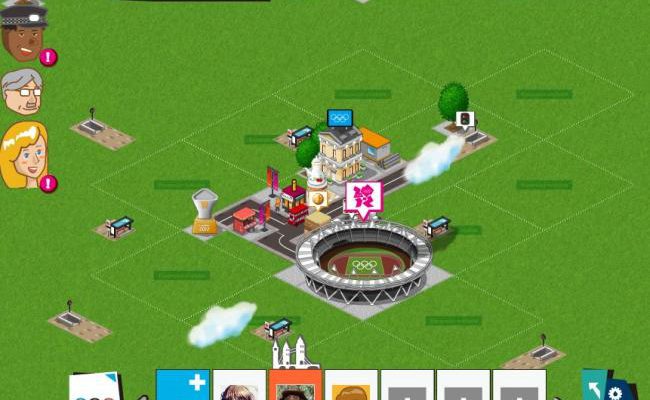 Not the grandest of this year’s events

True story: When my brother and I were kids, we kept loose change in a coffee can labeled “Seoul or Bust” in the hopes of making a trek to the 1988 Summer Olympics. We never pulled it off, nor did we have the option of jumping on Facebook to play Olympic Games City and bring the action to us. This city builder goes for the gold but doesn’t quite make it.

Charged with making the very best virtual London 2012 Games that you possibly can, you’re given a plot of land and enough resources when starting the game to get you on your way. The basics are very similar (okay, pretty much identical) to CityVille or SimCity Social, as you place Commercial Buildings that produce more Coins that can be collected at regular intervals. 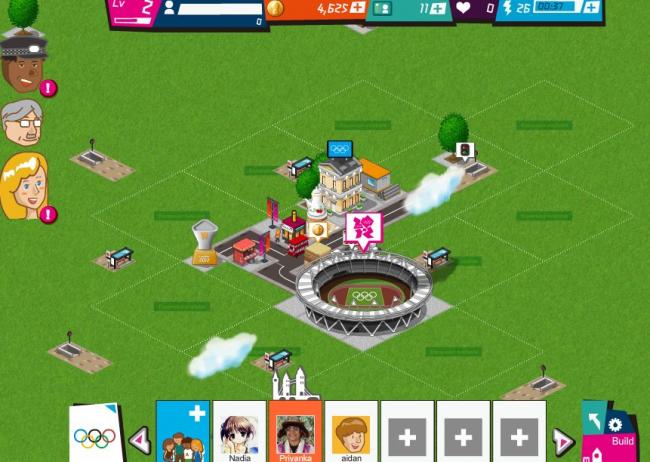 Public Buildings increase the capacity of your host city, allowing more fans to come and check out the competitions. Cityscape decorations do the same thing on a smaller scale and generally make things look more presentable.

Since these are the Olympics we’re talking about, you’re going to need some facilities to hold the events. Early on, you’ll essentially receive the Olympic Stadium for free, and other venues can be unlocked later. If you can get enough fans to your city, the Stadium can be used to harvest all of your businesses at one time – hey, the Olympics are supposed to be a big money maker – while also producing skill cards (we’ll get to those in a second). Plots of land with bus and Underground stops can be annexed to get more fans into the fold, a touch that adds some definite London flavor.

Hopefully you can convince some friends to join you, because you’re going to need them. If you have some on board, you can host any of the real Olympic sports at your venues, with prizes going to the winners. You don’t actually play out the sports, which would have been cool. They simply simulate in the background based on various combinations of skill cards. Basketball, for example, takes flexibility, speed and teamwork. Thirty minutes later, you can check back to see who won. 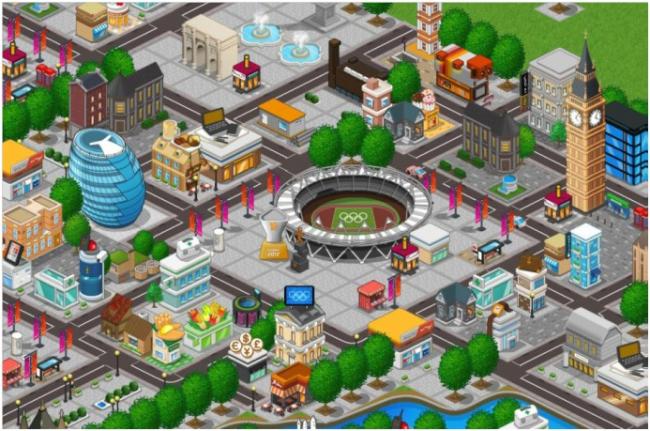 Without friends? Well, let’s just say you aren’t going to be adding any medals to the count at your headquarters, and since you can choose to represent any country, you’re going to let Cape Verde’s only chance for Olympic glory go down the drain. In fact, the lack of any way to progress through the game without getting friends involved is one of the real drawbacks of Olympic Games City. Other city-building games are slower without help, this one is nearly unplayable.

Of course, there’s more you can do with the friends you do have, including visiting their own alternate Londons to help out. Being a good neighbor earns Hearts, which can be spent on additional sports venues and famous landmarks like Big Ben and Westminster Abbey. The game’s premium currency is not so creatively called Cash; you’ll get it slowly as you level up and faster if you buy it with real money.

The artwork and graphics in Olympic Games City are done up in a stylized manner that jives with the official London 2012 logo. It’s different, at least. Other visual elements are more questionable. The Tea Shop shaped like a giant kettle and the Cheese Shop topped by a giant wedge play to stereotypes in a way that will either strike you as cute or borderline demeaning, depending on your sensibilities.

It would be nice to report that there’s more, like the ability to recreate other host cities. That would be a lie, though, and not really in keeping with the Olympic spirit. Olympic Games City is more than just a cheesy attempt to cash in on the popularity of the Games, but it doesn’t appear to have enough going for it to stick in the minds of social gamers once the flame leaves London in a few weeks.