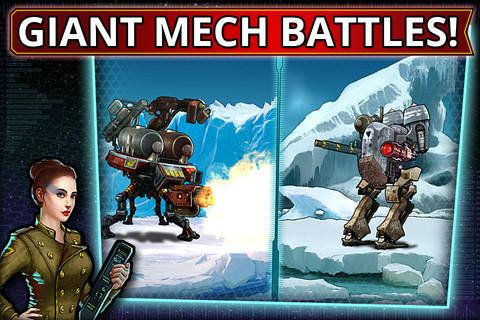 6waves gets back to doing what it is they seem to do best, with yet one more freemium adventure landing on the App Store. Unfortunately, they’ve taken a game with solid gameplay design and oodles of great ideas and held it hostage within a grindy mechanism that sucks out most of the fun from the experience.

At first glance, players might mistake Offworld for an Advance Wars clone, but the presentation is far simpler and battles are less about strategy than luck. A futuristic space setting contains enough thrust to push you forward, and the game doles out new gameplay elements in surprisingly fun dribs and drabs.

Setting aside the trimmings, Offworld is all about mech battles. A galaxy map displaying planets is placed before you, and each planet contains a host of missions for you to play through. Players can take up to three mechs into each battle, and your units share experience regardless of whether or not they’re used during a given encounter. It’s a sound system that, from the very earliest stages of the adventure, feels rewarding and fair.

It isn’t long, however, before Offworld makes its true intentions known – to have you grind endlessly or pony up for in-app purchases (IAP). You’ll earn coins at the end of each battle, but gems are the more elusive currency you’ll need to purchase new mechs and acquire the game’s more attractive gear and upgrades.

Though your fighters earn experience and level up, the process is slow and the balance stacked against you. This is a familiar formula found in the more aggressive freemium models, and Offworld‘s marketing is so pervasive that it’s hard to stay interested for long. If you’d rather not pay real money for gems, you can simply watch a video or complete some survey. But the payouts are paltry, and the game is quick to make you feel like little more than a marketing cog. 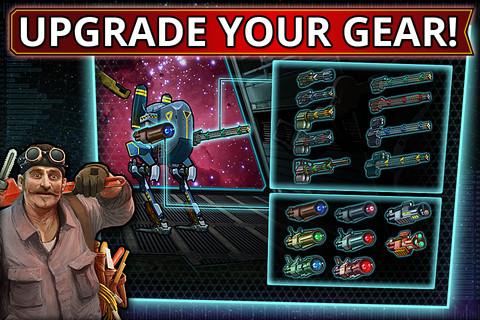 The chains Offworld attempts to lock players into are a real shame, as the core gameplay and overall design are solid. It would be nice if battles offered a little more than a glorified rock-paper-scissors formula, but the leveling system and overworld are a strong foundation to keep players coming back.

It doesn’t hurt, either, that the game is a visual stunner. Offworld mixes gorgeous polygonal models with stylized 2D art to create a graphical feast with ample variety. A bit of dry humor, as well as a host of sci-fi trappings, make the presentational ends meet nicely. The sound design is polished and well incorporated to boot.

At this stage in mobile gaming, “freemium” has become a derogatory term, and for good reason. Though a scarce few publishers have managed to construct a model that can pay the bills and still be fun for players, most other game makers settle for digital sweat shops that yield precious little entertainment for their customers. Offworld is the grand prize hidden behind the glass that players are never meant to win. The goal here is to get players to sink their time and money into the game without ever truly reaping any rewards.