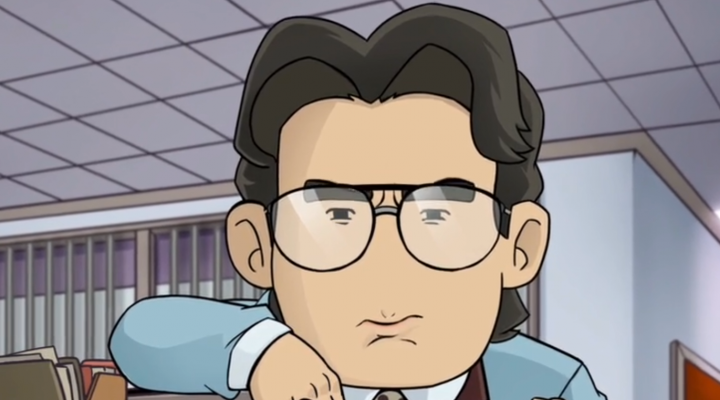 Great to see an Office Space game of any kind.

Repetitive even for an idle clicker.

Stuff you want to buy with the premium currency is really expensive.

Tons of ads, even if they are optional.

There’s something only too apropos about turning Office Space into an idle clicker. After all, most of the characters in the cult classic comedy weren’t exactly champions of hard work, and Kongregate managed to even sneak the plot of the movie into the story of said idle clicker, Office Space: Idle Profits.

However, it also makes you ponder something you’ve probably never asked yourself before: since the whole point of an idle clicker is that you don’t have to do much, is there such a thing as an idle clicker with too little gameplay?

Because there really isn’t a lot going on here when you start unpacking it all. In the game’s main screen, you unleash a computer virus that slowly starts stealing money from Initech — just like in the movie, see? As you rack up more funds, you can speed up the virus by upgrading it and unlocking more floors of the building. As you open up more floors and spring for more upgrades, the money comes faster. It’s a very comfortable gameplay loop for this genre. 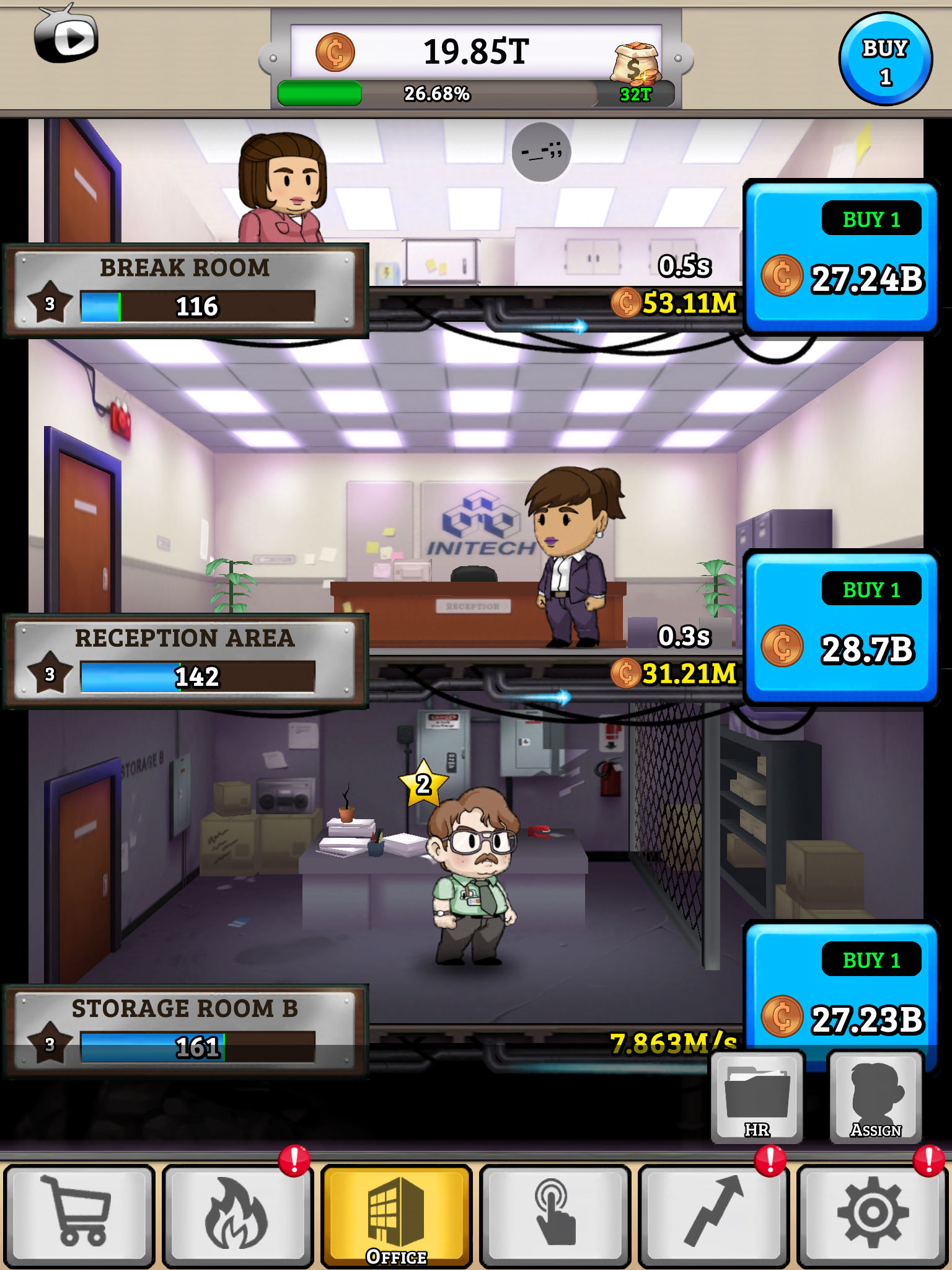 To supplement your moneymaking efforts, another screen allows you to tap away as fast and as many times as you wish. Interns can be hired to do automatic tapping for you, and at regular intervals, you earn promotions. At every five levels, the tap game changes to another scene from Office Space, though it can take a while to get to the next scene.

And that’s really it. The usual power-ups can be purchased to make earning money faster in various ways, and if you want, you can have Milton burn down the building and then use his red staplers as boosts to everything you do the next time through. It’s also possible to staff the floors of your own personal Initech with other characters from the film, who will then offer you even more things to tap for money on a regular basis. There are also lots, and I mean lots, of opportunities to watch ads to earn temporary power-ups. It’s safe to say Idle Profits is probably one of the favorite mobile games for advertisers ever. 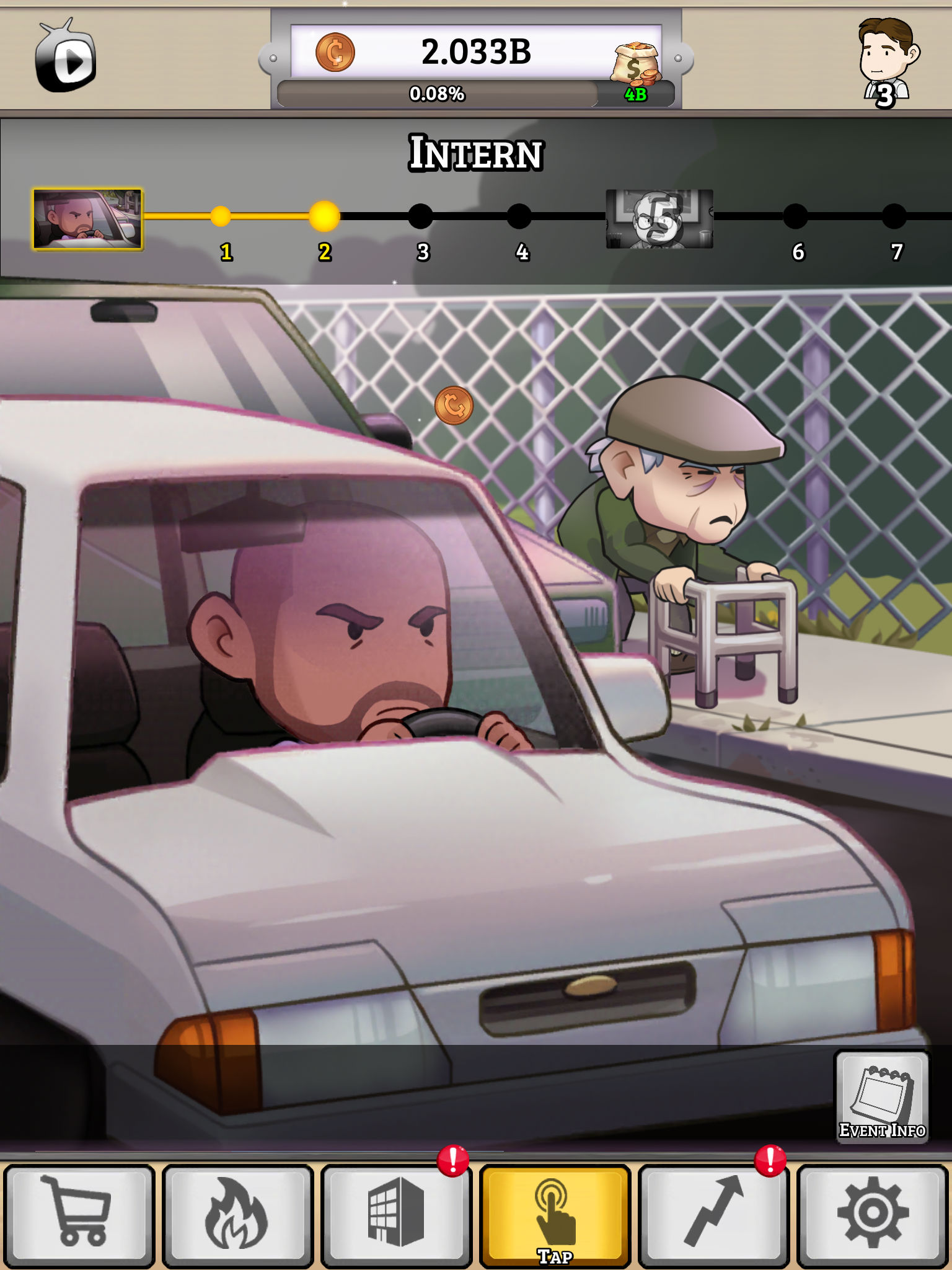 That’s actually fine as a means of monetization, because you can decide how many videos you want to watch. What isn’t as awesome is that you have to save up a lot of Flair (the game’s premium currency, and yes, that’s a good movie reference as well) to buy more characters, save for the free draw you get every six hours. Everything else you can buy is pretty expensive in terms of Flair too. How are you supposed to express yourself?

Between the art style and all the familiar Office Space faces, there’s a good deal of charm to Idle Profits. It’s just that there’s not a lot more to it than that. Sure, you can torch the place and start all over again, zooming back through what you’ve done so far at a faster clip, but a certain amount of deja vu sets in pretty quickly. 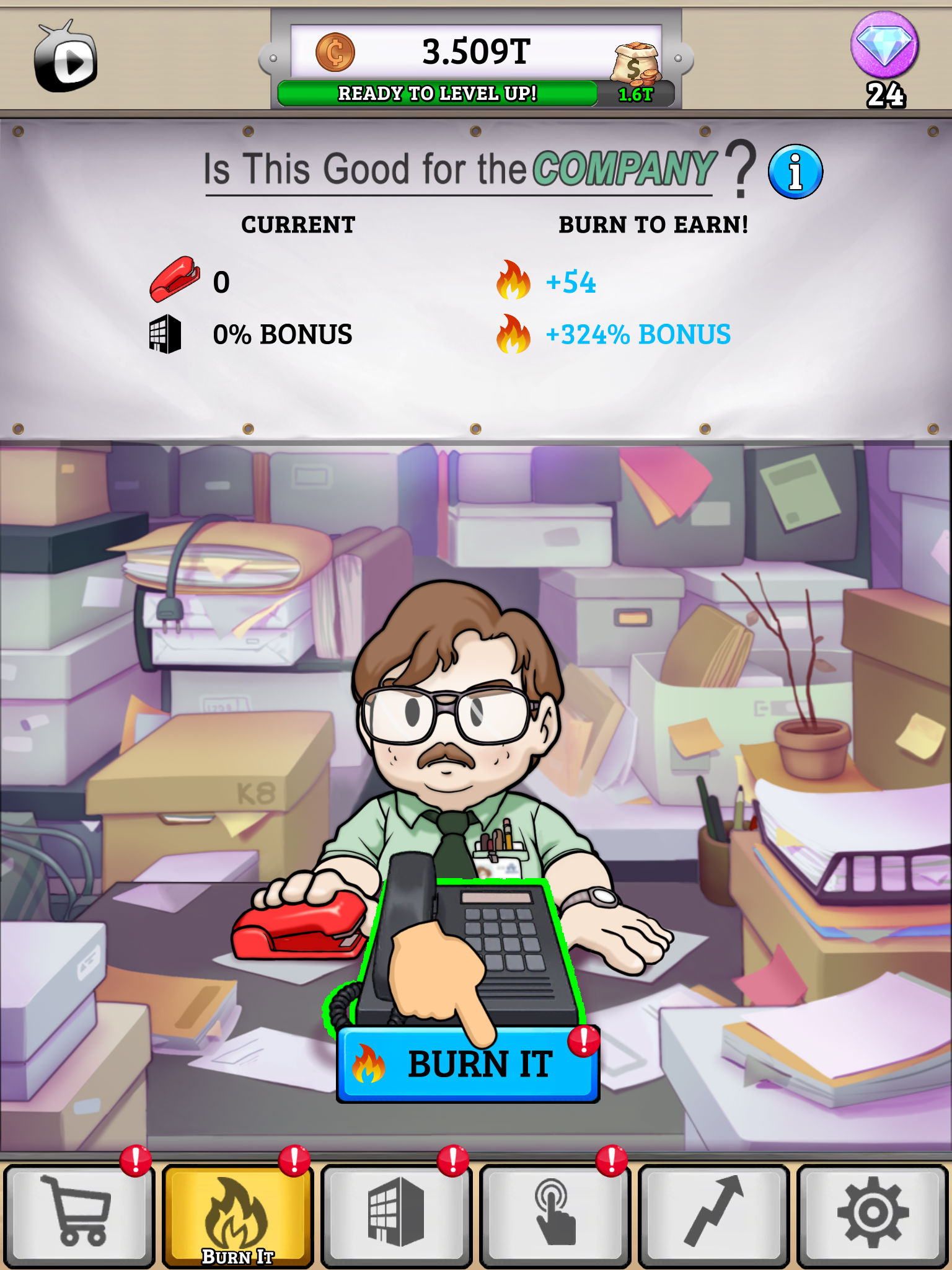 Again, that’s something of the point of an idle clicker — it’s supposed to be something mindless and fun you can play in your completely spare minutes. As awesome as it is to see a game built around a comedy whose influence went far beyond its meager $12.8 million in box office receipts, there’s nothing as memorable about Office Space: Idle Profits as the lines of dialogue from the movie that inspired it. Not even a meeting with the Bobs is likely to save this one from being here today, gone tomorrow, just like poor Initech itself.