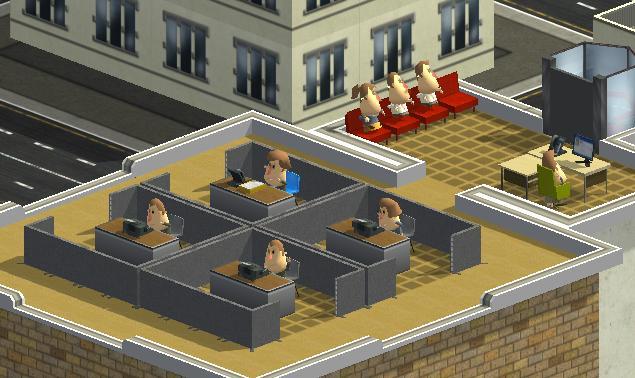 Office Daze attempts to parody cubicle life, but ends up being just as dull.

If the television series The Office has taught us nothing else, it’s that the drudgery of cubicle life can actually be funny. Office Daze attempts to capitalize on this idea by having you boss around an office full of bored co-workers, forcing them to do tedious tasks for very little money. It looks and plays adequately, but sadly the game is missing the sense of humor and charm that made its inspiration so popular.

You play as the unnamed, unseen boss. A virtual overlord of an office building that does…something. It’s never really clear what exactly your employees are doing, but it’s important to keep them doing something nonetheless. Your main job is to make sure nobody slacks off. You’ll assign people jobs, ranging from pretend fire drills to sending off sarcastic emails. Each job takes a certain amount of time to complete, and also costs a certain amount of money. The longer it takes for the job to be done, the more it costs, but the more money it earns you once it’s finished. When an employee finishes a job they go right back to slacking off, encouraging you to check back regularly to keep everything running smoothly.

You’ll start with just a few underlings, who are actually called minions in the game, but once you save up enough cash you’ll be able to expand your office and add new cubicles, allowing you to hire new minions to do even more pointless work. You also get to play the role of decorator. The cubicles can be upgraded with new chairs and desks, fancy carpets, and decorations like trash cans, lamps, and fish tanks. The higher quality (i.e. more expensive) the decorations, the better your minions will work, thus, the more money you’ll eventually earn. 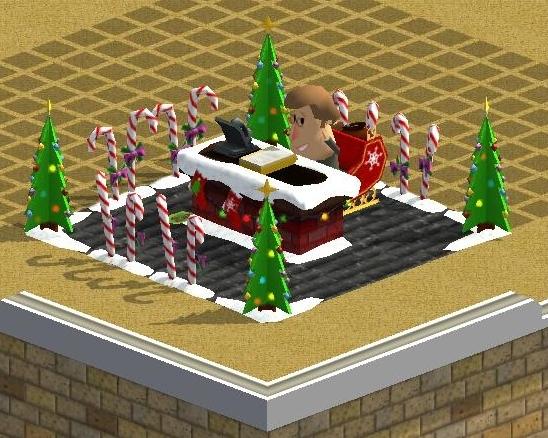 Unlike most games on Facebook, Office Daze sports actual 3D visuals. So, in addition to zooming in and out of your office building, you can also rotate the camera to get a look at things from every angle. The 3D visuals are simple but cute, with big headed (though, curiously, almost all white male) minions furiously typing away, trying to look busy.

The biggest problem with the game, however, is that like office work, it’s pretty dull. There are a number of attempts at humor, such as the descriptions of the various jobs and the minions who will be performing them, but they’re hit or miss and not really enough to make Office Daze an actual funny game. Similarly, while you have plenty of different options for how to decorate your office building, it’s much less satisfying seeing a boring office grow as opposed to a farm or a city. It’s just not that interesting.

Technically there’s not much wrong with Office Daze, as it both looks and plays well and even sports a promising premise. But that promise isn’t lived up to, because instead of being a clever parody of office life, Office Daze ends up being just as dull. Where’s Michael Scott when you need him?