Off the Record: Linden Shades Review 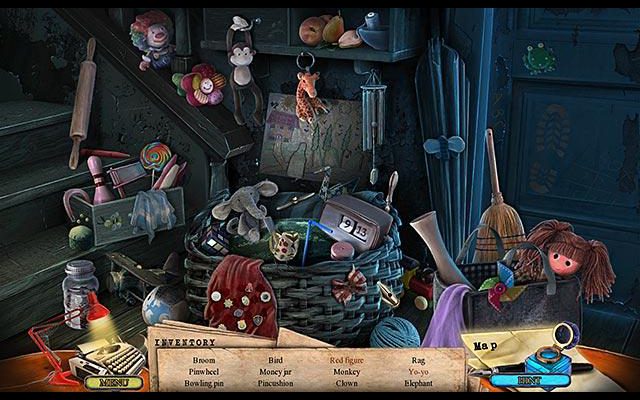 Off the Record: Linden Shades is an original release from Eipix, creator of Amaranthine Voyage: The Tree of Life and Final Cut: Death on the Silver Screen. It’s a classic hidden object game in many ways, by dropping a lot of the exploration and inventory management features in exchange for good old fashioned mini-games and hidden object scenes.

Linden Shades is an abandoned orphanage that was rumored to be haunted. None of the adults thought it was possible because, well, ghosts aren’t real! The children, though, were much less skeptical. Their crayon drawings were filled with blood-red ghosts terrorizing people left and right. Your editor once covered the story, but was eventually pulled away to other duties. Now it’s your turn to do some investigating, you young and spunky journalist. And as you’ll quickly discover, there might be more to this whole ghost thing than people want to believe. 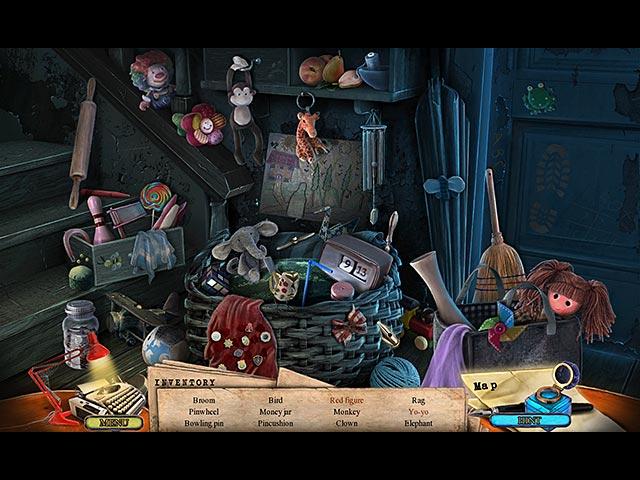 Off the Record: Linden Shades utilizes frequent mini-games and simple environmental puzzles to provide its challenge. The story may sound like your usual dark and scary creep-fest, but the game never dives into spooky territory simply because it can. Instead, Off the Record: Linden Shades is a classic ghost tale, the kind you tell around the campfire at night. No dark rooms or prowling sorcerers, just an abandoned orphanage and some strange people in red.

Hidden object scenes are the bulk of the content in the game, and they’re short, simple and plentiful. They feature standard lists of items to hunt for with a good number of them highlighted in red. Red items denote interactive objects that can only be found by interacting with the scene. So, for example, if the list says “cup of grain,” you should probably look for a cup and a sack of grain and introduce the two of them right away! There’s an occasional duplicate item to be found or slightly unclear labeling, but nothing a few additional clicks won’t take care of. Besides, if you’re ever truly stuck, the hint system is very, very helpful! 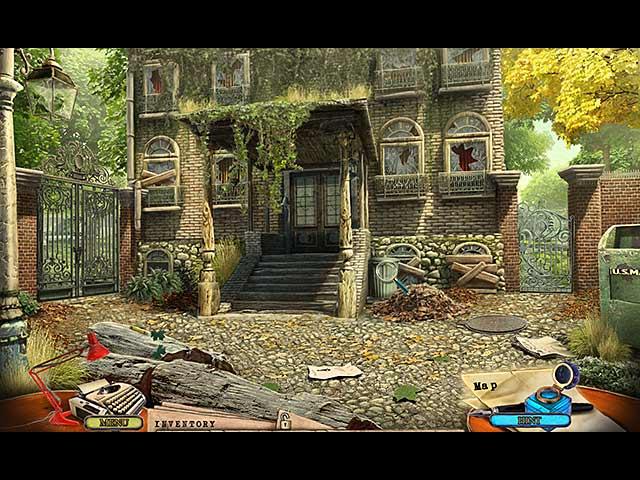 You won’t spend much time exploring locations in Off the Record: Linden Shades, as they’re mainly used as stage pieces to launch hidden object scenes and mini-games. Each area includes a number of items to pick up and stash in your inventory, all of which are used as clues to the next few puzzles. There are even pieces of items to look for and assemble, making even the adventure sections feel like a hidden object game.

Off the Record: Linden Shades goes back to the classic days of hidden object games and keeps everything straightforward and pristine. There are loads of mini-games to be found, almost as many hidden object scenes to complete, and the adventure puzzles are simple and don’t require too much wandering back and forth. This clarity of design translates neatly into a fun game, plain and simple. You won’t have to try very hard to fall for Off the Record: Linden Shades!