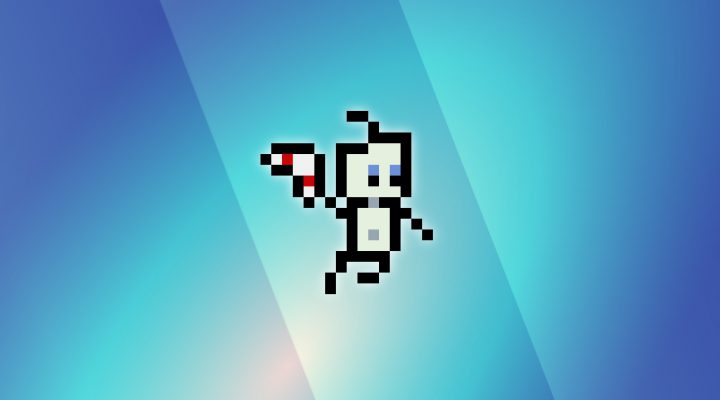 A huge world to explore in freeform, Metroidvania fashion, with items to track down that unlock previously inaccessible areas.

Perfect platforming and hit detection, placing an emphasis on player skill rather than random luck.

Plenty of checkpoints offer a forgiving reprieve between platforming challenges.

Nearly 10 hours of gameplay, full of interesting characters and enemies, as well as an engaging ambient electronic soundtrack.

Boss battles are awkward and don't live up to the rest of the game.

Some rooms cannot be exited from both entrances, sometimes forcing you to backtrack much more than should be necessary.

There’s one word in the large lexicon of game genres and descriptors that will always get me to try a title: “Metroidvania.” It’s not a term thrown around lightly, as its progenitors—Super Metroid and Castlevania: Symphony of the Night—are two of the greatest video games ever created. It’s a word that evokes images of a sprawling, interconnected map; tricky platforming challenges; mazelike backtracking and item hunts; and the sheer satisfaction that all of these features, working in tandem, creates. Nubs’ Adventure is a Metroidvania, and it’s an experience that fulfills all the expectations that come with the term: it’s a game worthy of the genre, and your time.

Nubs’ Adventure begins when our eponymous hero—who is either a naked human or robot with a bellybutton—is forced from his home by burglars and would-be murderers. After surviving being tossed off a cliff and climbing his way back, he finds only the charred remains of his cozy cabin remaining. Grief-stricken and with nothing left, Nubs is spirited away by his pixie companion to a spot less rife with smoldering memories. 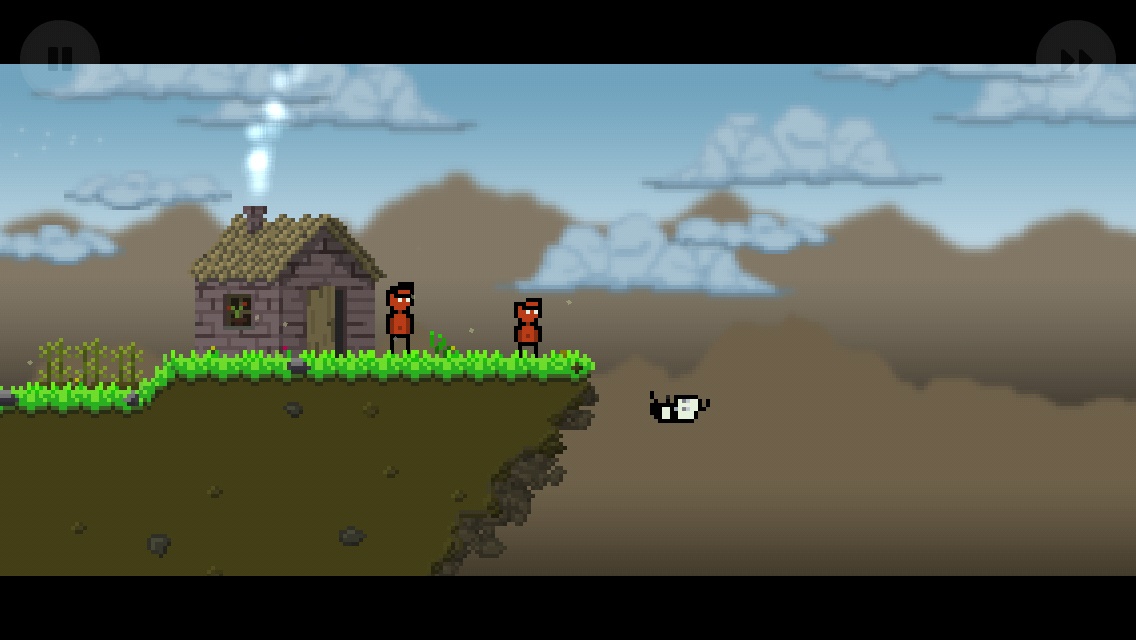 This is a surprisingly traumatic start to what is an otherwise lighthearted adventure. Despite Nubs being only a few 2D pixels, his plight is a touching incentive to move forward, and his senseless attackers provide reoccurring villains worth thwarting. Once we gain control of Nubs, a fairy offers to build him a new home in an idyllic new location, provided we bring her fairy dust available in gems scattered around the world. Our goal for the rest of the game is to explore the lusciously large map and collect as many of these gems as possible.

This exploration takes place across over 50 different interconnected areas spanning four types of environments. The most predominant of these is Grass Valley, which is dotted with ponds Nubs can swim, grassy platforms he can jump, and enemies like sniper bees and spiky moles he must fight or avoid. The other environments also have their own characteristics: Dark Caves challenge Nubs with only a small proximity light and enemies that will awaken if he comes near; The Clouds require extra precise jumps over mines and deadly long falls; and Far Away presents an alien world punctuated by acidic pools and shielded homing bombs. Each environment feels distinct yet related, sharing some enemies while introducing others, and utilizing the same platforming tricks Nubs has learned along the way.

To traverse these areas, our hero has three main abilities at his disposal: movement/jumping, his trusty boomerang, and two creatures that can be summoned in specific instances. Unlike Samus or Alucard, Nubs doesn’t learn new skills or gain additional equipment as he progresses; he will have the same weapon and jumping level the entire playthrough. This limited arsenal works here, however, placing an emphasis on the player’s platforming and puzzle-solving capabilities. And while you won’t be unlocking double-jump or the Boomaegrim, there are plenty of items to find during your exploration and areas to unlock as you progress. Bolted gates and tall totems block off areas of the map until you find their associated keys or cryptic symbols, providing the same type of backtracking satisfaction you would get from being able to bomb your way to a previously inaccessible place.

There’s also a rewarding challenge in knowing that all paths are open to you from the beginning, so long as you can figure out how to get there. This, along with the pixel-perfect collision detection—that will register if even the tip of Nubs’ toe makes it onto a ledge—creates the perfect balance of difficulty and encouraging frustration. There are plenty of areas that are just plain hard to pass—I’m looking at you, minefield in The Clouds—and yet if you fail to do so it always feels like your own fault, not the game’s. 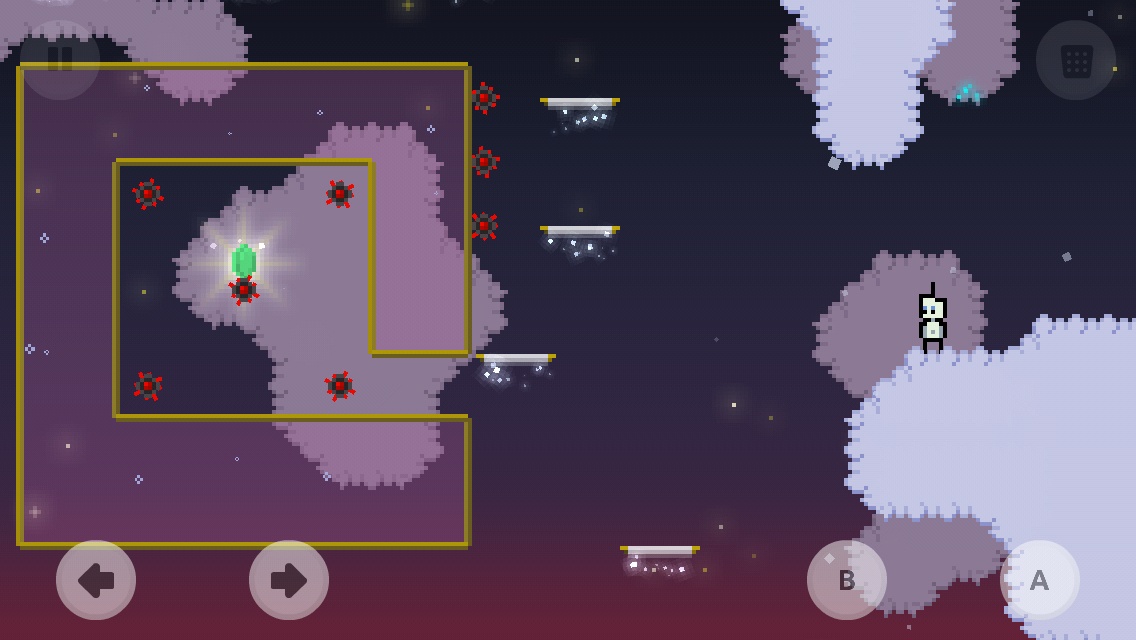 To provide some relief from the many minefield-esque areas in Nubs’ world, there are plenty of checkpoints scattered about that revive him after meeting his one-hit-means-death demise. Entering a new area or picking up a gem also save your position, which means you’ll rarely progress more than one difficult platforming section without activating a checkpoint. Coupled with teleporters available in multiple parts of each environment—the world is large enough that this is essential—and a detailed map that tracks exits, locked doors, and collected items of visited locations, and most of the potential frustrations of Nubs’ Adventure have been preemptively prevented.

The exception to this comes in the form of its few boss battles, which are the least enjoyable aspects of an otherwise stellar experience. One battle suffers from the only poor controls in the game: Nubs’ giant worm summon, Brute, that can occasionally be called forth to do Nubs’ bidding, plays like a drunken marionette and is expected to dodge mines like a pachinko ball. (His other usable friend—the pixie, Ally—is much more responsive despite being literally floaty.) The final boss battle is also an exercise in annoyance, both in its unclear goal and repetitive dodging of a barrage of bombs, completely failing to utilize the game’s strengths: cleverly laid out environments, demanding platforming, and forgiving checkpoints alongside some hair-pulling challenges. 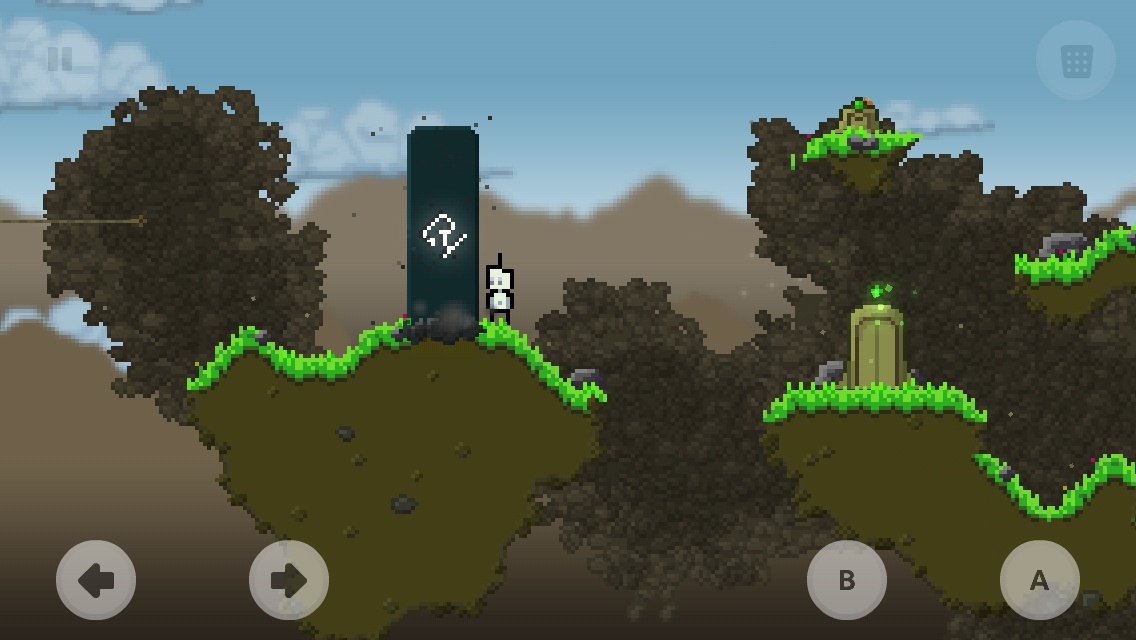 Luckily, these battles are brief distractions in an otherwise nearly flawless experience. Nubs’ Adventure is a Metroidvania gem from start to finish, with a surprising amount of gameplay packed into its unassuming package. Nubs started off as a few simple white squares without a home, but he quickly became a star, an occupant of our heart.