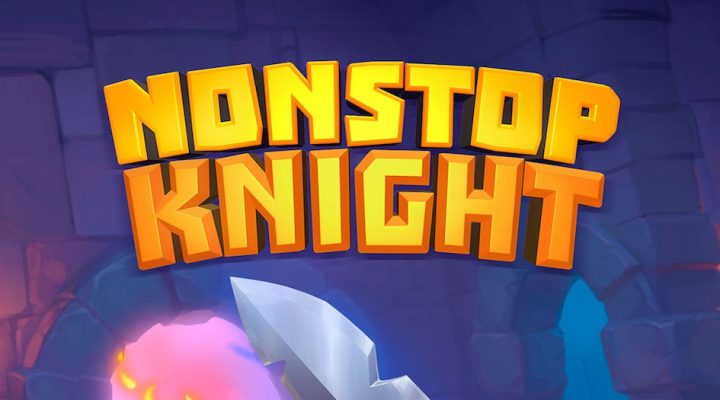 So easy to sink hours into

Plenty of achievements to aim for

Much like Clicker Heroes before it, Nonstop Knight is insidiously addictive. It’s the kind of addictive where you spend far too many of your waking moments checking in on it, despite knowing it’s ultimately a bit pointless. Fun, ridiculously compelling, and, well, pointless. Did I mention fun, though?

I always have conflicting feelings with these ‘idle’ games, but Nonstop Knight does it well. You control a knight who’s roaming from floor to floor in a neverending dungeon. He attacks a number of enemies, before moving onto the next floor, eventually leading to boss battles. Again, these boss battles are mostly done automatically, but there’s still that perverse sense of satisfaction as if you actually accomplished something. 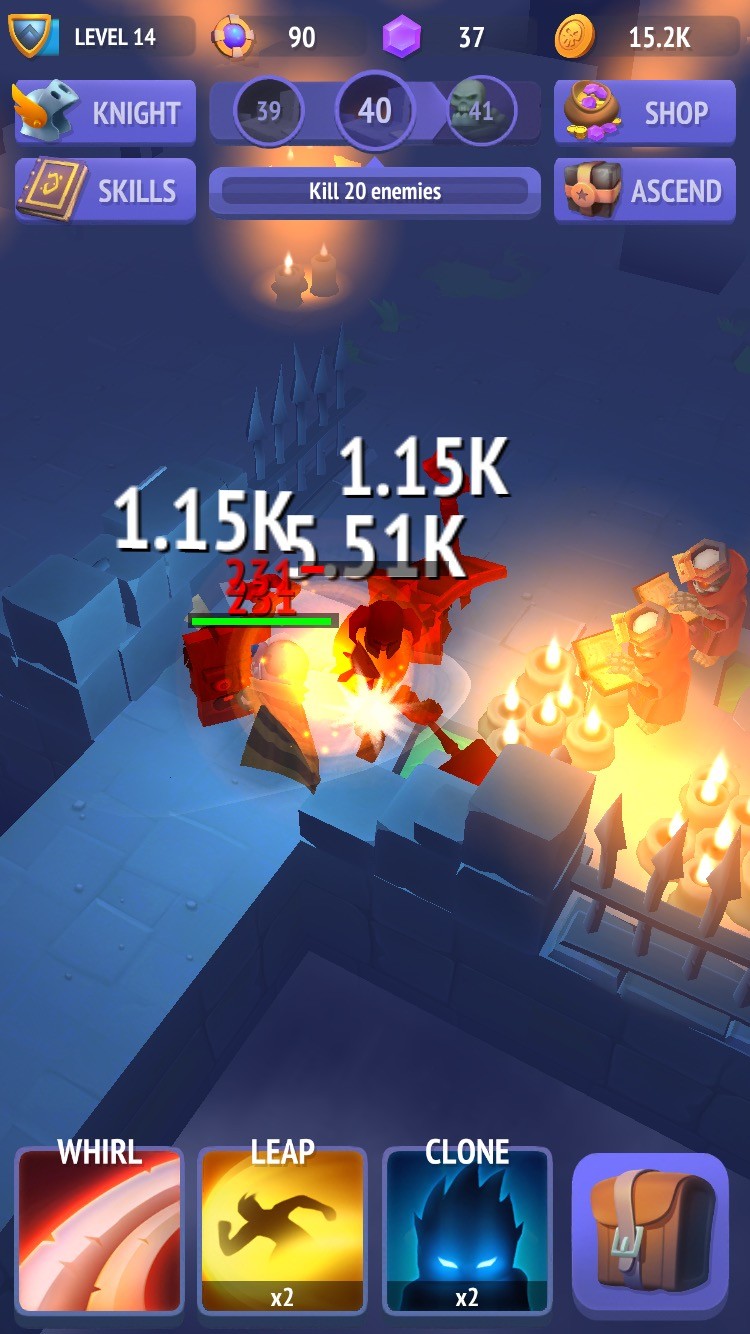 You do have some control, I guess. As you play you’ll unlock special abilities which can then be activated at regular points. These are things such as creating a clone of yourself, meaning you inflict twice as much damage for a time, or a whirlwind slashing attack. Oftentimes when fighting regular enemies, they’re rarely essential. In boss battles though, they can make all the difference.

Another thing that makes a big difference is upgrading your equipment. Much like the Diablo-style games that Nonstop Knight seems to be trying to replicate, there’s a lot of loot to acquire here. Every time you defeat a boss, you pick up a new piece of equipment. Such equipment can then be upgraded through the coins you acquire while beating up the bad guys. Keeping your stuff up to date is vital if you want to keep progressing here. Again, it gives you that sense that you’re actually doing something when most of the time, you’re simply spectating. 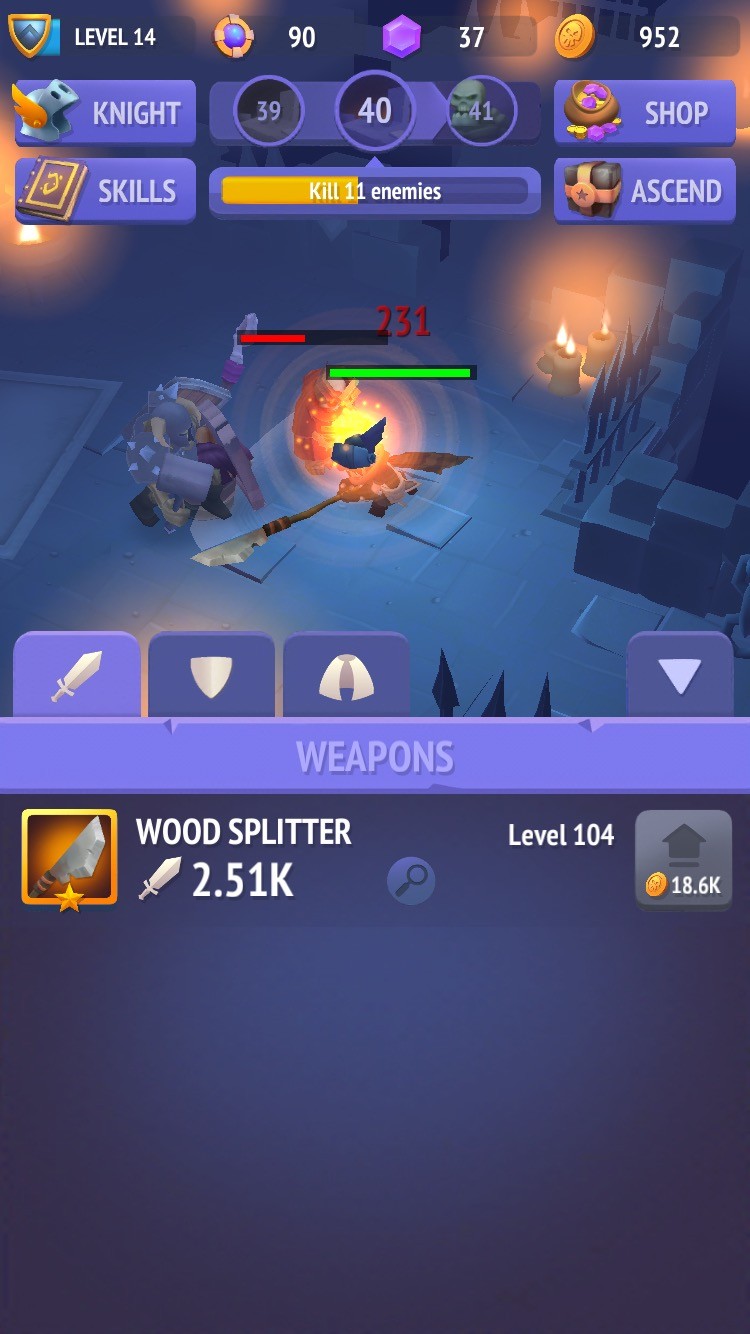 It gets under your skin though, and Nonstop Knight knows exactly how to keep you coming back for more. At regular points you can ascend, resetting the floors and placing you back at the beginning. The advantage here is that you have special tokens that can be used to boost your skills and general strength, meaning you can fly through earlier stages faster than before. Nonstop Knight encourages such repetition through giving you bonus potions that cause you to go ‘super nonstop,’ hastening your progression.

Ultimately, though? You’re doing the same thing as before, even if it does keep drawing you in. Much like Clicker Heroes, Nonstop Knight is an intelligently designed idle clicking game. It knows how to hook you in for far longer than it deserves to. Just as you feel like you’ve got nothing new to learn, you pick up a new skill or gain a cool piece of armor that makes you feel indestructible for a little while. Then you play it for a bit longer, waiting to see what else can happen.

You can pay your way to better spoils, but Nonstop Knight is actually pretty good with these. You can still accomplish a lot without paying up. There’s always the option to watch an advert or two as well, giving you a piece of loot or some much needed money. Nonstop Knight doesn’t push you into it though. You can get by without any of this.

Sure, it soon becomes repetitive. I found myself wishing for a different character class to switch to (although I did appreciate being able to swap genders with my Knight), which would have possibly revitalized things. But, you know what? I’m still checking in on it on my phone. When I have a spare moment or two, I find myself upgrading my equipment and progressing to the next boss battle. I really shouldn’t. I’m just encouraging it. I want to see what happens later on, though. Even if it is going to be exactly the same as before.