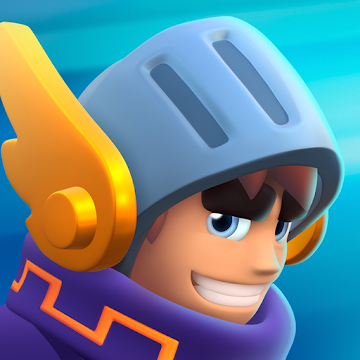 It's a bit by the numbers

Nonstop Knight was a very promising idea for a mobile game. Here was an endless hack and slash RPG that we didn’t have to invest much time in but rewarded us with a regular shower of new equipment and more.

However, it wasn’t without its issues. While, on paper, the grind allowed us to gather a ton of loot without having to actually do the grind ourselves, the loot was often underwhelming. You’d simply find a sword that had slightly better stats than before and equip it.

Also, when you actually did opt to play, there wasn’t enough to dig your teeth into. Skills were basically spammable and didn’t really do much besides deal more damage. The lack of skill or thought damaged that aspect of the experience.

Not only that, but the general visual design left a lot to be desired. It wasn’t particularly ugly, but the dungeons barely changed during the course of the adventure. Two of the primary draws of action RPGs was missing from the experience.

Flare Games Clearly Listens to its Community, as the Sequel Fixes Many of its Predecessors Shortcomings

Flare Games clearly listens to its community though, as the sequel, which just launched, aims to fix many of its predecessor’s shortcomings. To be fair to it, it nearly manages it as well. If anything, our biggest criticism of Nonstop Knight 2 is in how risk adverse the whole experience is.

The basic gameplay remains very similar to the original. Your knight will still automatically battle its way through a variety of dungeons, beating monsters, gathering loot, and fighting boss battles.

There’s more of a reason to actively get stuck into the sequel though, and that’s thanks in large part to the revised skill system. Skills have been streamlined into two different paths: frost and fire, and each of them can be used in numerous ways.

Take the starting three. You’ve got an AoE leap, a freezing punch, and a whirlwind. You can use all of them offensively and defensively, like leaping into battle or out of trouble, punching a group of enemies to quickly bring them down or a single boss to freeze it, and the whirlwind is great for keeping large groups of enemies away from you for a short period or dealing damage over time to a huge boss.

You Have to Use Skills Yourself, as Your Hero Won’t Use Them During Autoplay

You have to use skills yourself, as your hero won’t use them during autoplay, and that encourages you to get stuck in if you want to progress faster. Also, the fact that they all share the same energy pool means you can think strategically about their use. Do you use your powerful whirlwind ability or spam a few freezing punches?

Loot is also far more of a draw this time around, as most of it comes as part of an equipment set. That means you’ll actually feel encouraged to keep on playing, as you’ll really want that final piece to complete your set. It’s a small change that has a massive improvement.

For those of you that like to play with friends, you’ll be pleased to learn that Nonstop Knight 2 introduces coop and competitive modes. We didn’t get a chance to test these out just yet so can’t speak to their quality but they’re a welcome addition nonetheless.

Our biggest criticism with the experience is the visuals though, which are just bland and uncreative. Reaching a new area with a whole new visual style is a huge draw of an RPG like this, and helps introduce variety in a genre that largely relies on repetition.

Yet Nonstop Knight 2 takes place in a bunch of bland dungeons that barely have any defining features whatsoever. It’s not an ugly game by any standard, there’s just nothing to look at.

We’d have been more enticed to play if we’d run through a variety of different landscapes. Where’s the icy forests? The lava-filled dungeons? The bat-filled caves?

Ultimately, Nonstop Knight 2 is a solid evolution of its predecessor. The grind is more worthwhile, it rewards actually playing the game, and the multiplayer will prove appealing to gamers that are into that sort of thing.

We’re disappointed with the visuals but if you only really care about progression that won’t prove as much of a problem for you.