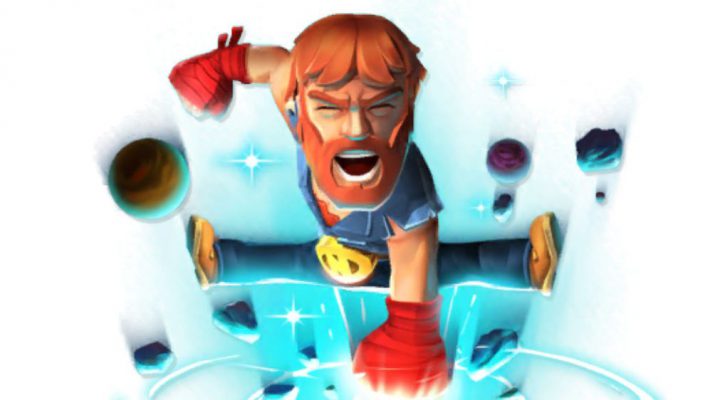 It's Chuck Norris beating up endless waves of bad guys.

Doesn't take itself too seriously.

Basically a reskin of Nonstop Knight.

Definitely gets samey after a while, even though that's part of the point.

There’s no reason not to love Chuck Norris, meme machine. He’s also an American icon of sorts, and whether you agree with his politics or not, it’s hard not to get caught up on the idea that he can solve any problem with a roundhouse kick. Plus he seems to have a sense of humor about himself, something that Nonstop Chuck Norris embraces and should make it awesome.

The core conceit of Nonstop Chuck Norris is pure gold. If there was ever an action star meant for a nonstop brawler, it’s Mr. Norris. Does Chuck ever get tired of dispensing justice with his fists and feet? You’re probably due for a roundhouse kick of your own just for asking that.

He gets to do plenty of that in this game, which developer flaregames has populated with a large number of delightfully goofy and yet still sort of menacing bad guys for Norris to beat up. Chuck dishes out basic attacks on his own (because he wouldn’t need help, seeing as he’s, you know, Chuck Norris), so your job is to activate his special moves when their cooldown timers say they are good to go. Most levels require a certain number of enemies to be defeated, while every 10 levels or so, a boss will appear when you are ready to fight him. Even when you are away from the game, Chuck continues to bring the pain to those who deserve it. 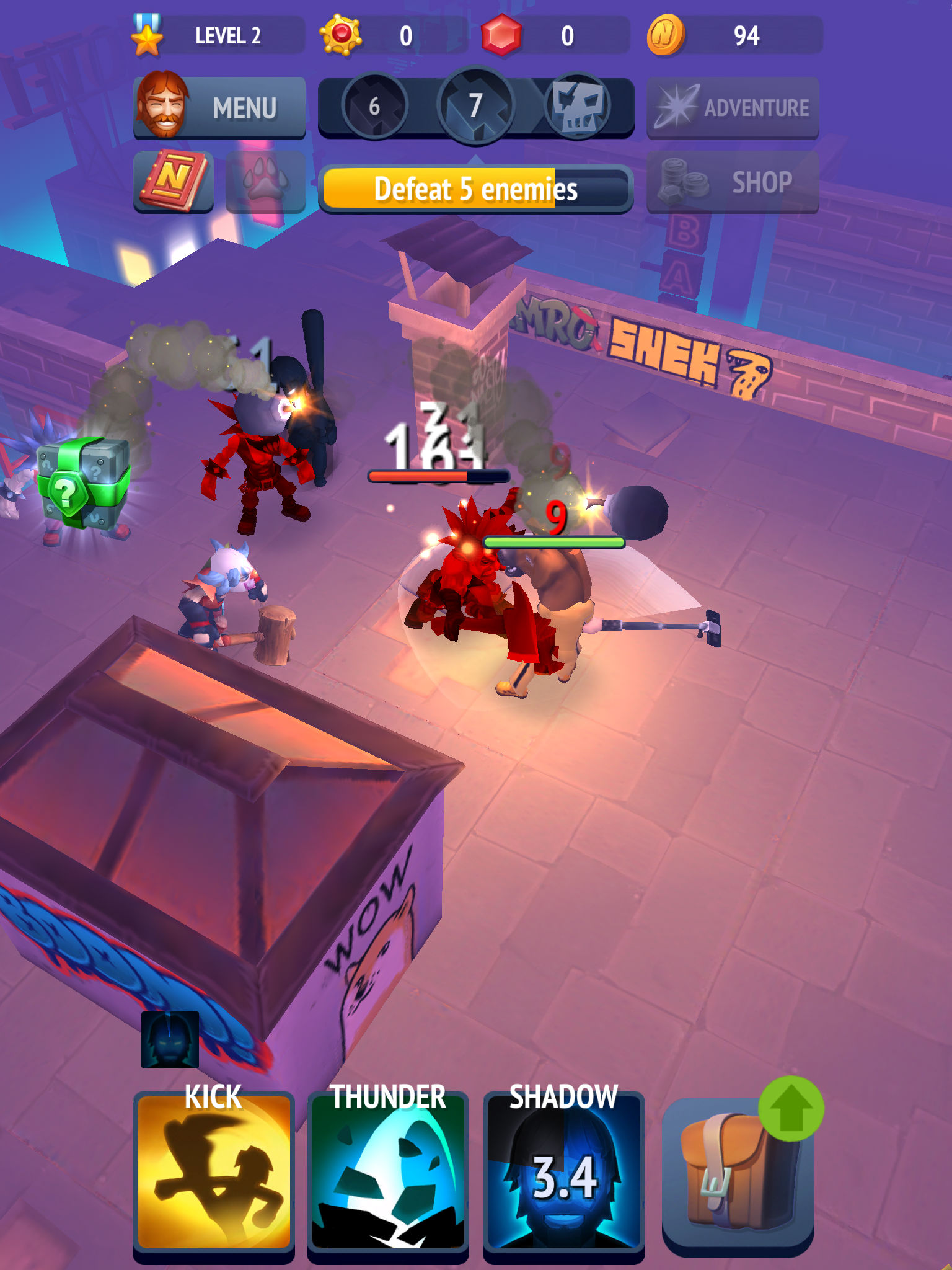 Along the way, you can spend coins you pick up to level up the weapons and armor Chuck acquires. In keeping with the overall tone, the weapons include things like selfie sticks and the armor selection features various silly hats and even the head of a horse costume. Nonstop Chuck Norris isn’t taking itself too seriously, and neither should you. Even the hard currency you earn comes in the form of Chuck Norris facts.

So what’s not to like? If you’re the type of mobile gamer who enjoys idle action games like this, not much. It’s well-crafted, offers up exactly what you’d expect and throws in some humor to boot. 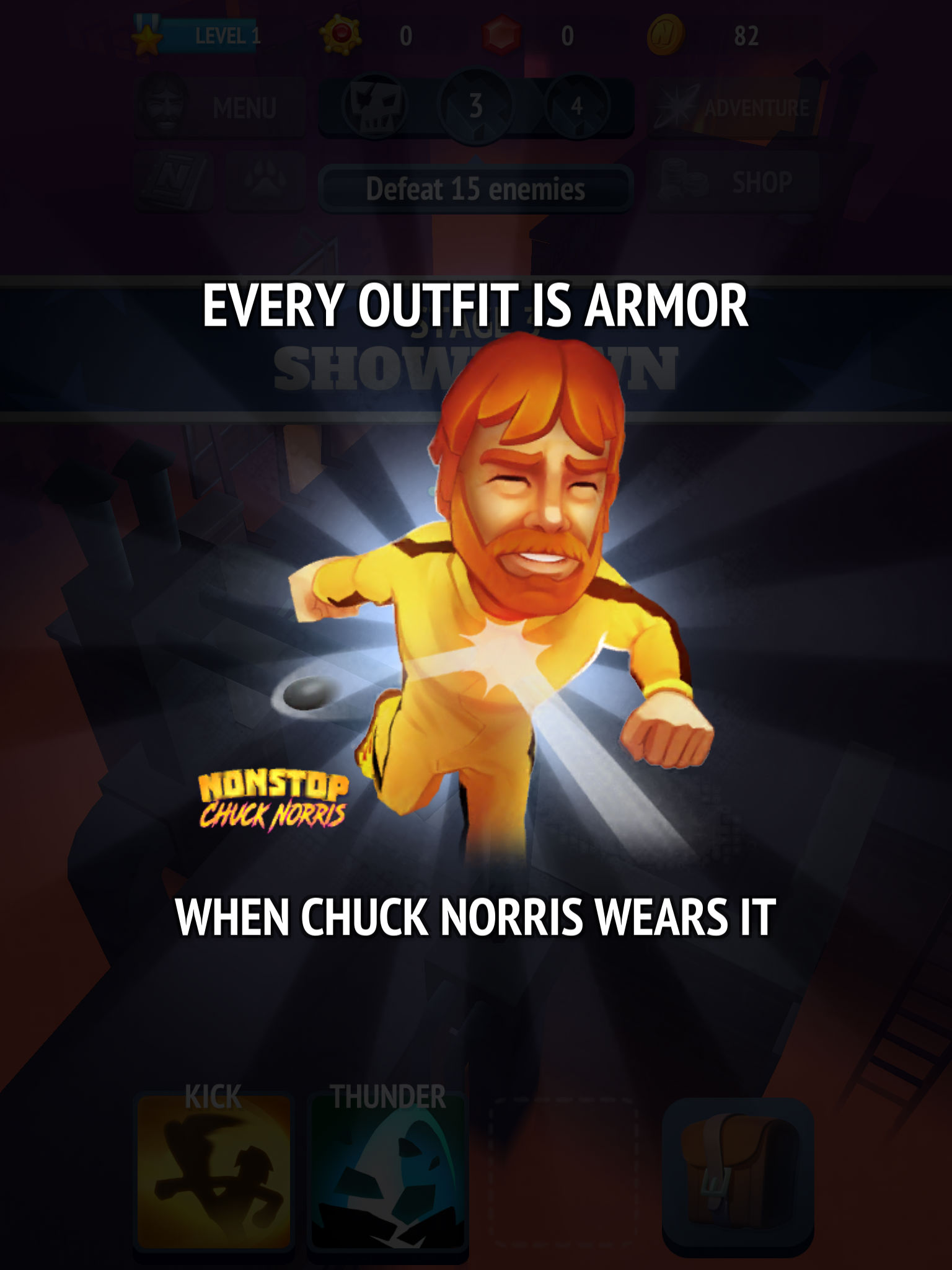 On the other hand, if you’ve played flaregames’ previous attempt in this genre, Nonstop Knight, it’s hard not to get a bit cynical about Nonstop Chuck Norris. Yes, it was always apparent one would draw inspiration from the other, but that doesn’t mean that they needed to be essentially the exact same game. And yet they are: even Chuck’s special abilities follow the exact same paths as the ones the knight has. That makes Nonstop Chuck Norris a reskin of an existing game and not its own thing.

Does Chuck Norris deserve better? Just in case he’s reading, let me assure you that’s a rhetorical question before I end up eating a few kicks and punches of my own. If you’ve never played Nonstop Knight and simply love the idea of Chuck Norris memes turned into a simple yet funny mobile game, you’ll probably get a kick (no pun intended, honest) out of this. If you’ve played Nonstop Knight, though, it’s hard to justify taking up precious space in your device’s memory with both games.

You’ll have to make a choice, and whichever one you pick, it’s likely that the shunned party will never, ever stop trying to find out why you decided against him. Sorry about that.