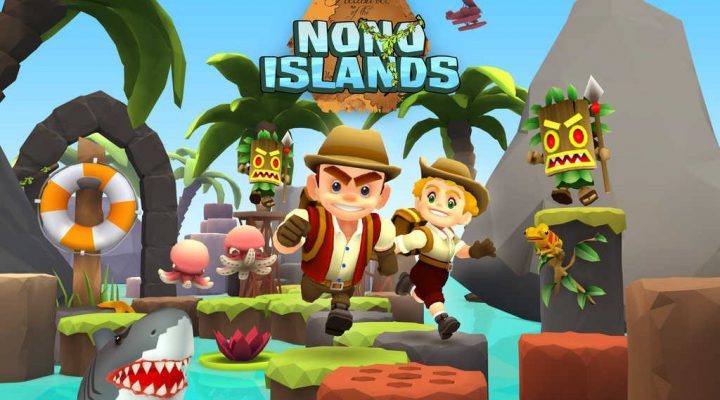 Nothing says “summertime” like an island vacation. For those who aren’t lucky enough to get away to tropical climes, a trip to Nono Islands may be just the ticket. But beware, your island vacation is about to become a perilous adventure, and perhaps, a flashback to less enlightened times.

Nono Islands is the newest adventure game from Illusion Labs, which has you exploring islands to collect treasure while avoiding dangerous flora, fauna, and folks. While the game’s introductory cutscene does evoke a Temple Run feeling, running here won’t actually get you very far. 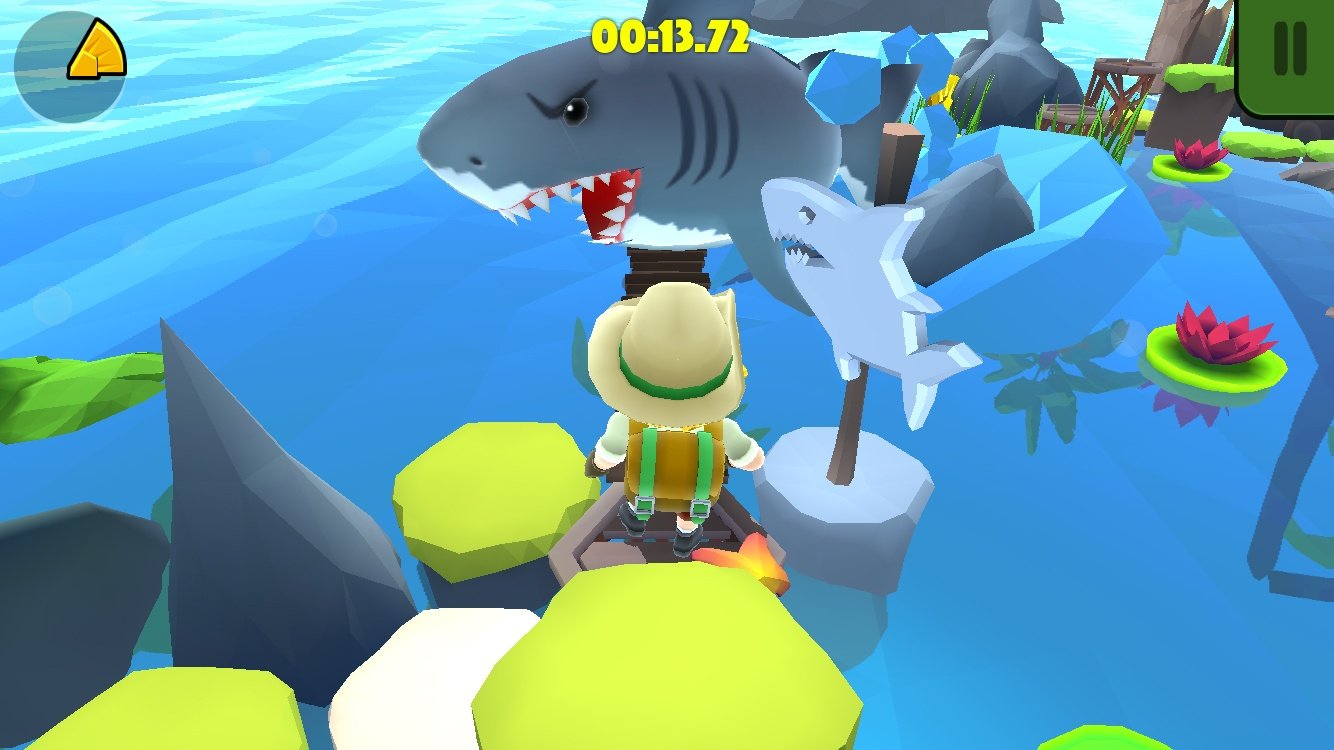 To progress through the levels, you must tap to move forward tile-by-tile and swipe to move sideways to an adjacent tile. As a warning, movement is not particularly intuitive, which will lead to heaps of cheap deaths. The small difference between tapping and swiping seemed to trigger unintentional moves, which was particularly frustrating. I also noticed an occasional response lag on my iPhone 6 causing even more mistakes. As you advance, new traps and challenges will also surprise you (to death!). These deaths matter, because the game operates on a checkpoint system.

The important consumables in the game are the life-savers which you use to mark a checkpoint. Part of the game’s strategy is deciding when to use these checkpoints and when to keep moving forward. If you die suddenly and you haven’t put down a checkpoint recently, you’ll be heading all the way back through previously-passed levels to start over. Nono Islands does offer a $2.99 in-app purchase to unlock all checkpoints, and if you’re loving the game, it may be worth considering.

The island environments are colorful and engaging, with changing weather and tones. The bright 3D aesthetic will likely appeal to Nintendo fans- just note the tiny octopi oddly reminiscent of Super Mario bloopers. Each area opens creative new traps and obstacles, along with new ways to move from tile to tile. You’ll discover bouncing trampolines, swimming turtles, and vaulting platforms along with hordes of enemies to avoid.

At this point, I would be remiss if I didn’t address the colonialist undertones of the game’s premise. To be blunt, two white explorers are traversing a hostile island filled with darker-skinned, spear-wielding, enemy “natives” while plundering gold and ancient statuettes.  Any one of these elements might be dismissible, but together, they make for a colonialist and, frankly, lazy storyline that relies on racist stereotypes. Even the game’s icon featuring an aggressive, masked enemy perpetuates the xenophobia and centuries-old cultural “othering” used to justify Eurocentric agendas. 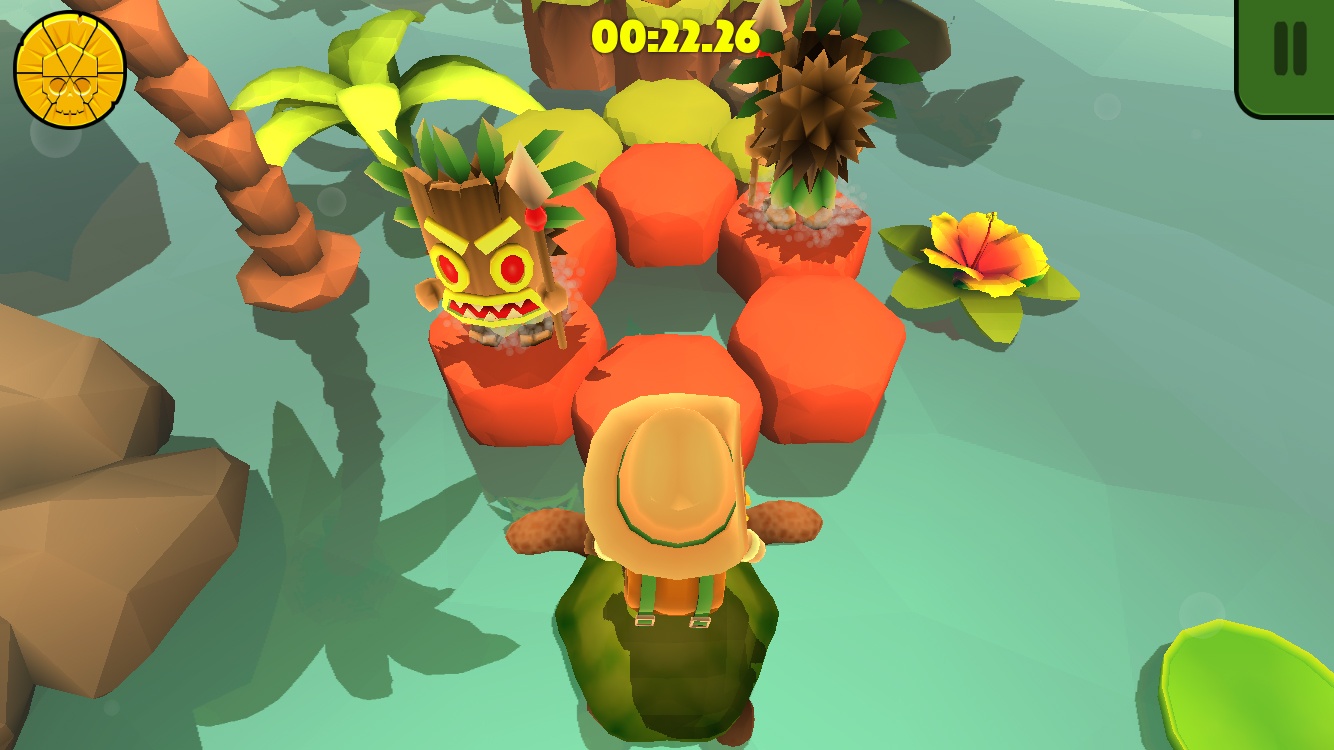 With the exception of the Islanders, the other enemies of the game are creative and compelling in their idiosyncratic design and attacks. Octopus tentacles reaching out sloppily from the depths, ominous dart-spitting skulls, and jumping, blood-thirsty sharks all provide exciting and motivating tension; these colorful and engaging enemies prove that baddies don’t have to be bad stereotypes. Nono Islands would not lose any of its charm by losing the so-called “Nono army.” In exchange, it would gain a more accessible premise not undermined by outdated perceptions of non-white indigenous cultures.

Ultimately, colorful environments and creative obstacles make Nono Islands a fun little adventure game to try- if you are willing to look past the limitations. Mechanics can be frustrating, but improve with practice. The replays get tedious but can be removed for a one-time IAP. And as for the stereotyping, there’s no quick fix there except to acknowledge them and do better next time.