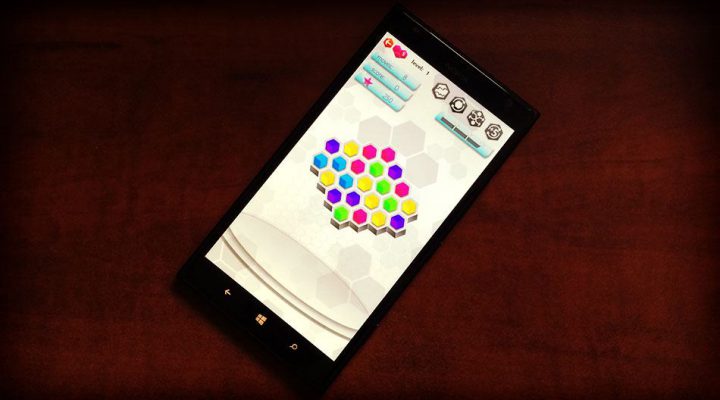 A handful of great games you won't find anywhere but Windows Phone 8.

Doesn't have quite as robust a selection of games as its big two competitors.

With massive Nokia layoffs recently, you have to wonder if Microsoft will be committed to the platform until the end of your handset contract.

Here at Gamezebo, we love mobile gaming. But that doesn’t mean we’re as entirely inclusive as we should be. So let’s do it. Let’s talk about the elephant in the room.

In a market dominated by Apple and Google, Microsoft has struggled far more than it’s used to. Their market share has been abysmal. According to Kantar Worldpanel’s May 2014 numbers, they represent only 3.8% of smartphones sold in the US. They just laid off 12,500 Nokia employees less than a year after acquisition.

To say the future of Windows Phone 8 looks grim would be an understatement. And that’s a shame, because it turns out that the platform is actually pretty great.

Over the last few weeks (both before, during, and after the heartbreaking layoff announcement), Gamezebo was given the chance to play around with the Nokia Lumia 1520. We had been told that the device was named one of the top smartphones for gaming based purely on benchmarking, so we were curious. Could this thing really be that mind-blowingly fabulous? And does horsepower make all of that big a difference?

In terms of what makes a device great for gaming, the Lumia 1520 has got it where it counts. Frame rates are smooth as butter. The 6 inch screen — which is gigantic but can still be held comfortably in one hand — has colors that really pop. The audio quality might be the best I’ve heard coming out of a smartphone. And it’s loud too. This is the first time I’ve ever turned down the external speaker on a phone because max volume actually hurt my ears.

On the technical end, the Lumia 1520 doesn’t fail to impress. And the selection of games was better than I’d expected.

As it turns out, the “nobody develops for Windows Phone” mantra is complete hogwash. There are plenty of big names to pick from here. Gameloft, Ubisoft, Rovio, EA, Halfbrick — they’re all represented. You can play Temple Run, you can play Subway Surfers — many of your favorite smartphone games are readily available on Windows Phone.

That said, not all of them are. King, for example, hasn’t embraced the platform. You won’t find Candy Crush Saga or any of its ilk here. And smaller indie developers aren’t quite as plentiful as we’d hoped either. That latter exception is understandable — with limited resources, few of them can handle two platforms (iOS & Android) let alone three.  As a result though, if you’re looking for quirky new titles, you may find yourself wanting. (Still, there are a few rare gems that debut on Windows Phone — take PAKO for instance).

I was also bummed by the total lack of great Windows Phone 7 games. Some of the previous OS’s most notable exclusives — OMG: Our Manic Game, The Harvest — are now completely MIA.

In spite of its shortcomings though, Windows Phone gaming delivers in a few nice perks that other platforms can’t. For one, developers have the option to tie games into your Xbox Live account — which as any Xbox gamer can assure you, far outstrips Apple’s Game Center in terms of cool factor. For another, there are some Microsoft-owned properties that you’re only going to find right here. Halo: Spartan Assault is probably the biggest example, but if you’re a big fan of Alexey Pajitnov’s Hexic, there’s a fantastic mobile version on Windows Phone 8 that you’re not going to find anywhere else.

We only really looked at Nokia’s Lumia 1520 in terms of its gaming prowess. We can’t speak to its usefulness as a general purpose smartphone, nor would we want to. More than anything, we just wanted to know if Windows Phone gaming was as bad as people say it is. And it’s not. It’s really, really not.

The selection of games isn’t quite as robust as the competition, but there’s still plenty to enjoy on Windows Phone 8. And as far as hardware goes that runs it, we’re happy to vouch for what the Lumia 1520 can do. The massive screen may seem ridiculous at first, but it quickly feels like the ideal size for gaming on the go.

If you’re a gamer that’s looking to step out of the world of iPhones and Androids, the Lumia 1520 seems like a very safe bet.