Home / Reviews / Ninja UP! Review: To the Top of the World 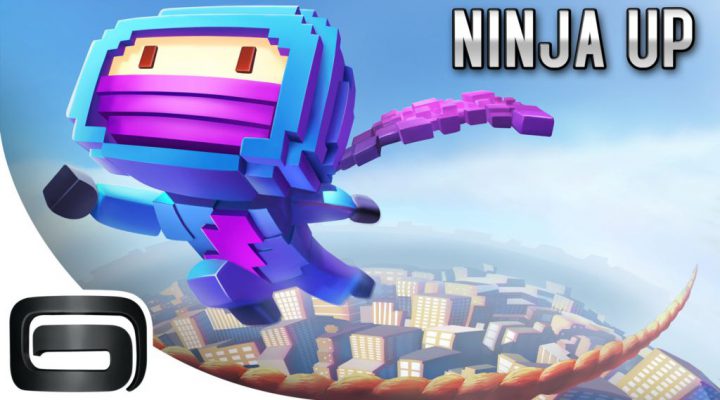 Very similar to most jumping games on the digital market.

Tiger got to hunt, bird got to fly, ninja got to leap into the wild blue sky. Ninja UP! by Gameloft is an action / reflex game that’s all about letting ninjas do what they do best: Jump, jump, jump. It’s certainly not the first game of its kind to hit the digital marketplace, though it’s still quite cute and addictive – and, as a free-to-play game, it does us all a solid by opting for sensible ads instead of in-app purchases.

Ninja UP! stars a little blue-robed warrior of the night who’s elected to leap as far into the air as his little legs (and your line-drawing skills) will take him. Other ninjas slither through the night and dispatch rivals as necessary. Guess Gameloft’s masked dude has elected to take the road less travelled and make himself as visible as possible. 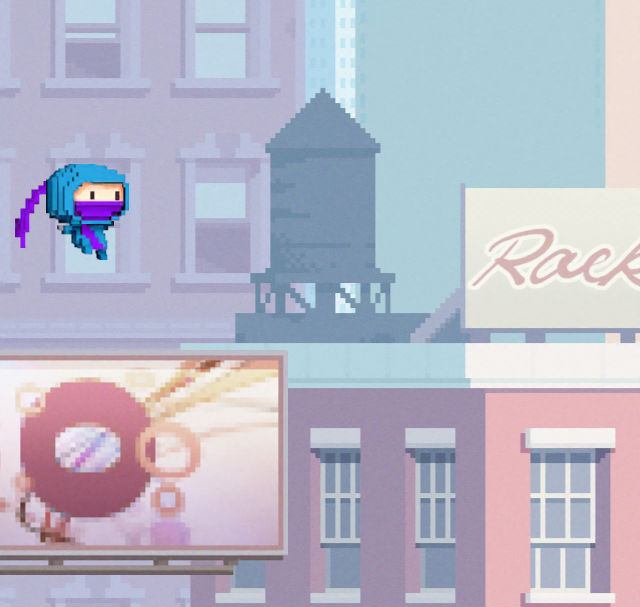 When you start a round of Ninja UP!, your new ninja pal automatically begins bouncing as if he’s been fed a breakfast of jumping natto beans. Your job is to draw rope-lines under him as he jumps. Doing so serves two purposes: It gives him a safe place to land, and it propels him higher into the air. Longer rope-platforms throw him upwards for an average distance, whereas smaller rope-platforms send him rocketing into the air.

The object of Ninja UP! is to reach the highest heights. The ninja begins his journey on a humble city sidewalk, but if you manage to juggle him competently, he’ll fly beyond the stratosphere and even up into the moon’s neighborhood.

Reaching the blackest depths is harder than it sounds, though. No, wait – it doesn’t sound easy at all, and for good reason. There are a million hazards waiting to trip up the ninja. The most persistent threat is gravity. If you fail to catch the ninja with a rope-platform after each leap, he’ll fall and presumably become a heap of gory, vegetable soup-colored slurry wrapped in shozoku. Other problems include cranes (don’t bump your head), UFOs, and flying rival ninjas. 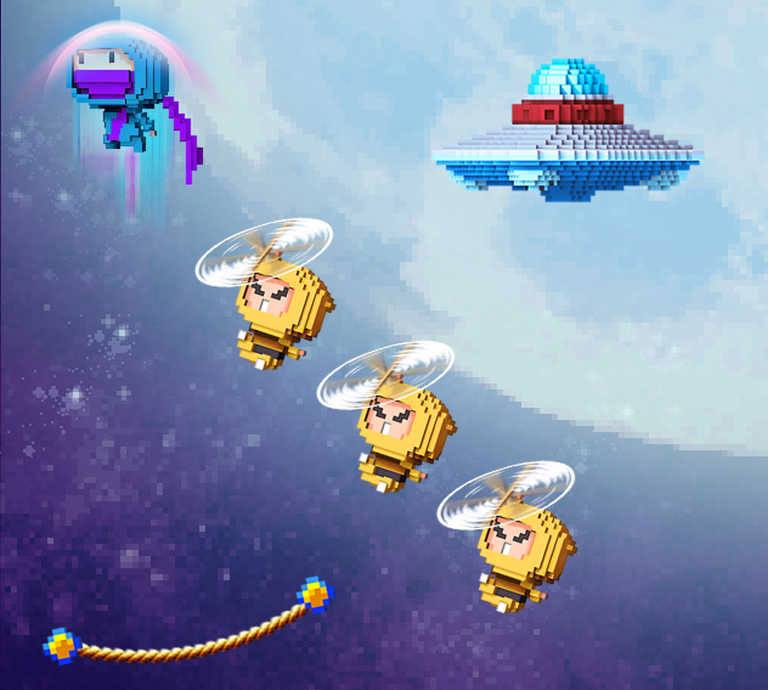 Ninja UP!’s single-natured challenge isn’t engaging for a long period of time, but as a time-waster that eats up bite-sized portions of your day, it’s decent. It’s certainly challenging: Learning how to “steer” your ninja around objects is just as important as having the quick reflexes necessary to make sure he has a soft landing every time.

Thankfully, Gameloft respects the fact Ninja UP! is supposed to be played in short but furious spurts. When you muck up, there’s no offer to save the ninja for an additional 99 cents or whatever. You simply log your high score, tap “Retry,” and start again. The game is free, but pays for itself with small ads at the top of the screen that don’t get in the way of your ninja’s ascent.

Ninja UP! is a dead-simple jumping game that successfully offers players an intense test of reflexes. It’s not original, nor is it even fun for extended amounts of time (climbing to the top of the world, dying, and having to start all over again can be a momentum-killer), but its simple presentation makes it perfect for passing time during line-ups or short commutes.