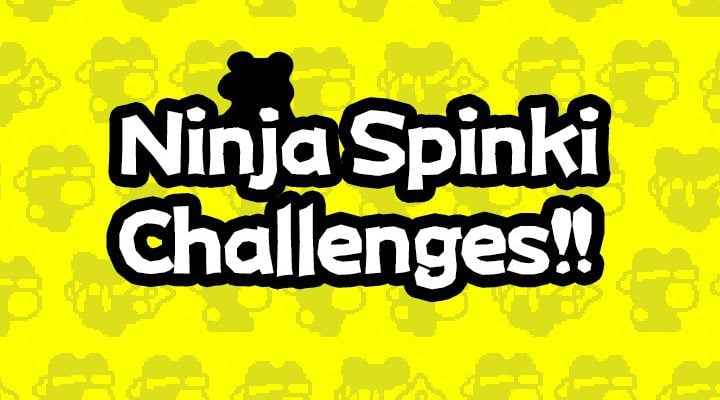 The challenges are time-bound meaning they can be played on the fly.

Reward-based ad model that is non-intrusive and works.

Some lag on Android devices.

Lack of variety in the mini games, gameplay feels repetitive.

Touch control on the jumping mini-game not sensitive enough.

Do you think you have what it takes to be a ninja? Are you sure? You may be the stealthiest of them all, but this isn’t exactly the ninja skill being tested in Ninja Spinki Challenges!!, the latest offering from Dong Nguyen of Flappy Bird fame. Published by Japanese game house OBOKAIDEM, Ninja Spinki Challenges!! tests your patience with six mini-games that have you dodging bouncing kitten heads and leaping over rolling bananas. It’s not exactly typical ninja stuff.

If you’re thinking of downloading or have already downloaded Ninja Spinki Challenges!! because you’re looking for something to fill the Flappy Bird-sized hole in your heart and on your home screen, it might do the trick. Unfortunately, as a game in its own right, it’s both fun and potentially short-term addictive, but far from incredible. Like Flappy Bird, if we’re being really honest, it’s a designed distraction. It’s something you can easily sink a few hours into, but in the end you won’t necessarily feel satisfied. 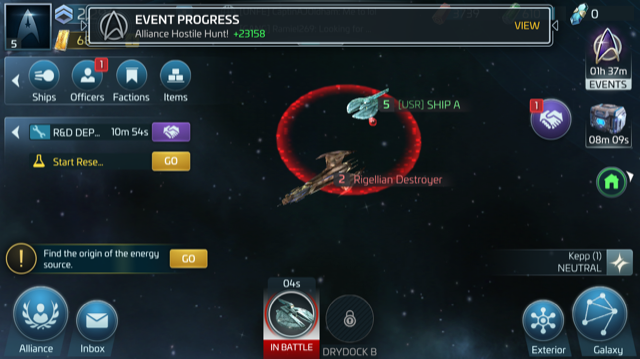 The thing that keeps you playing Ninja Spinki Challenges!! is that something so simple shouldn’t be so hard. You keep telling yourself ‘it’s only 20 seconds!’ or ‘it’s only one simple movement!’, but it is truly difficult and with each screen of challenges, the level of difficulty increases considerably. By the third screen, it’s more than a little like amateur boxing. Three minutes doesn’t seem like anything going in, but when the bell goes each second in the ring feels like a lifetime. Unlike boxing, however, after withstanding twenty seconds of pixilated cannon fire there isn’t any real glory. It’s just onto the next challenge.

As far as the six core mini-games go, there’s just enough variety for them to technically be distinct, but similar movement patterns and reliance on just your index finger means that players who forget which mini-game they’re in mid-challenge should forgive themselves.

The first challenge has you swiping left and right to dodge bouncing kitten heads that straddle the line between cute and creepy. In the second, and most distinct of the mini-games, you’re tasked with flinging shuriken at a series of targets before they disappear. The third is a crossing-style challenge where the goal is to make it safely back and forth without being hit by the rolling ‘ninja balls’ that look a bit like the child of a tsum tsum and an angry bird. In the fourth, you have to leap over bouncing fruit while trying not to question how a bunch of bananas could ever possibly move that far on their own. 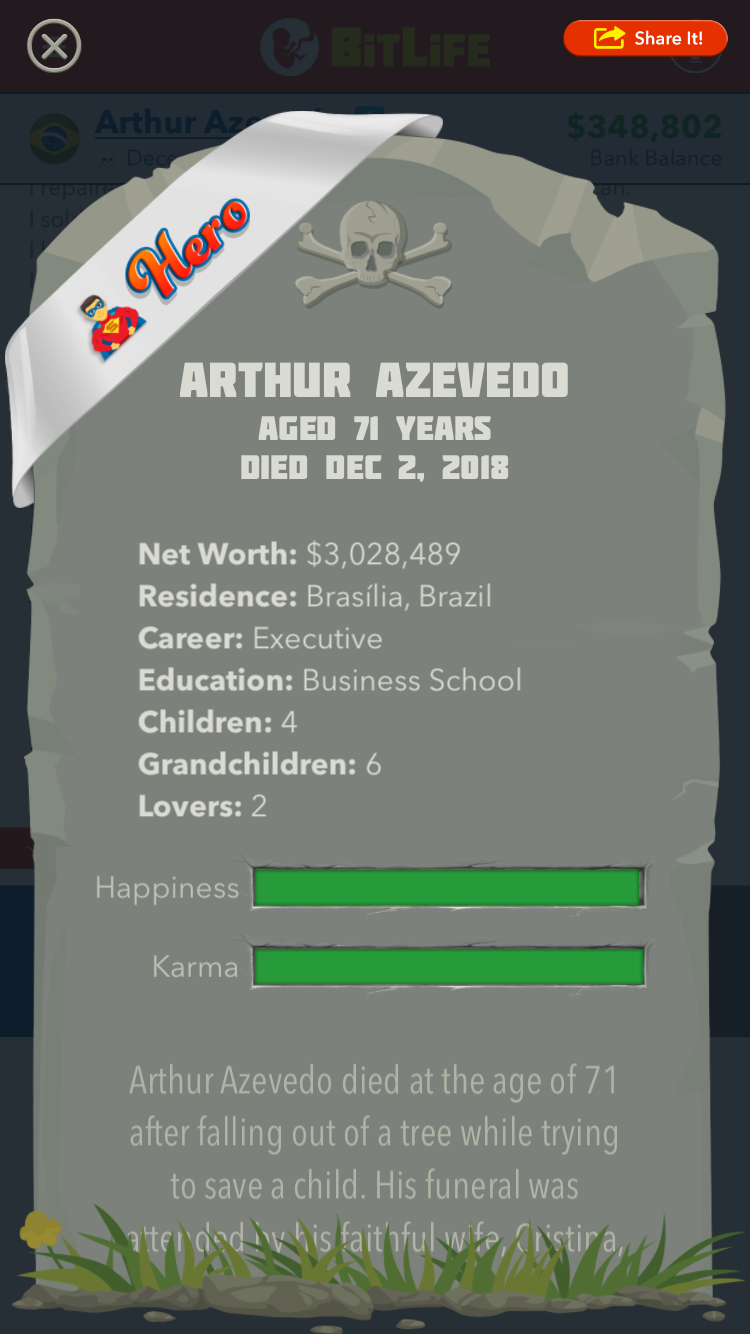 By challenge five, things start to feel more than a little repetitive. The only real difference between challenges one, three and five is that the kitten heads and ninja balls move horizontally while challenge five’s mines move vertically. Avoidance is the name of the game in challenge six too, just this time it is cannon fire you’re dodging so hopefully you paid attention in your high school geometry class.

There are five screens of challenges, meaning that there are five levels of difficulty for each mini-game. Each level increases both the length of time one needs to ‘survive’ and the number or speed of foes. After completing the first level, players also unlock an ‘endless’ mode. Here, instead of beating the clock you’re charged with collecting as many stars (points) as possible while trying to survive. The games don’t feel that much different from challenge mode to endless mode with the exception of the shuriken throwing challenge. Players should take note that like the targets, to collect stars you hit them with the shuriken. 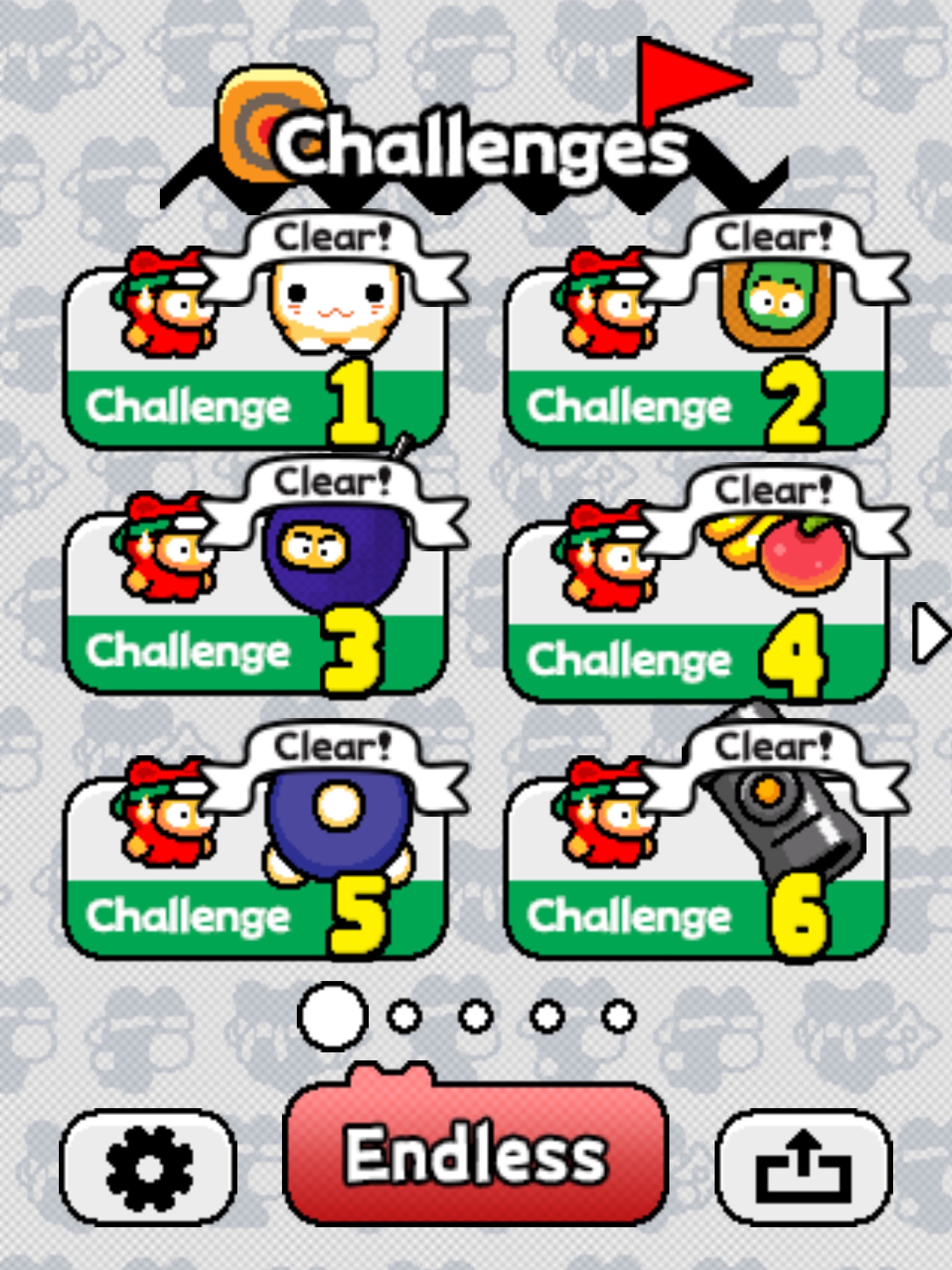 One thing that’s particularly interesting about Ninja Spinki Challenges!! is the ad model it uses. Rather than putting ads between successfully completed challenges or sprinkling them elsewhere in the game, users who choose to watch an ad are rewarded with the ability to continue a failed challenge from where they left off. While neither Nguyen or OBOKAIDEM are likely to be rolling in ad views from the first couple levels, by levels four and five it’s easy to see how players could find themselves spending as much time watching ads as in gameplay.

Still, even with the reward-based ad model, endless play mode, and six different mini-games, Ninja Spinki Challenges!! doesn’t quite rise to the occasion. With so many great mini-game collections already on mobile (from Peter Panic to Grumpy Cat’s Worst Game Ever), it simply doesn’t do enough to stand out. If you’re a fan of Flappy Bird, which many of you are, you’ll probably have some fun with this title. Even if you’re not, it’ll likely keep you occupied for a few minutes, hours or even days. Just don’t be surprised if when your battery dies you find yourself wondering if it was really time well spent.