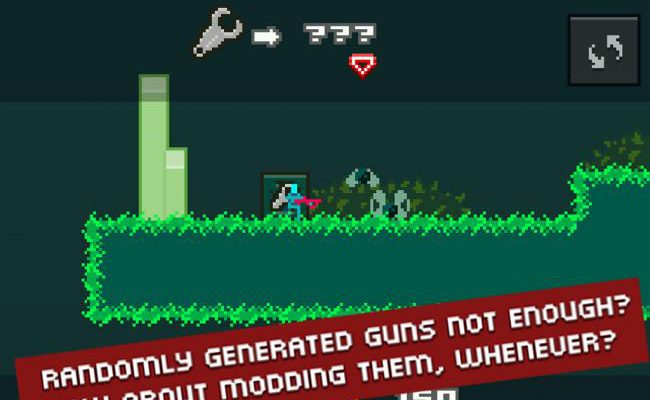 Fight off advancing waves of nightmare soldiers in Nightmerica, land of the morbid.

Nightmerica is a jovial celebration of the macabre, from its ominous title music to its gruesome pixelated deaths. It’s clumsy in many ways, but it’s also jagged, gritty, and a retro love letter in all the right ways. The killer soundtrack helps a lot, but it’s also rocking an intriguing look that just feels right.

Voltic Games’ 8-bit shooter begins with a faceless avatar standing by a tattered American flag before disintegrating into madness. A bizarre diatribe from some sort of deranged scientist begins — the citizens of America are supposed to be free, as it’s the home of the brave — that old chestnut. But we’re all still shackled by fear. Illustrations depict the scientist fitting a device on participants to give them a way to conquer their fears.

From the overall tone it’s not completely clear if these are willing subjects or what, but either way the fear angle is well played, as the visuals and audio mix well with the idea of exploring nightmare worlds and dreams. The lack of explicit instruction or direction supports the surrealistic themes, and it all works in some weird way.

The game itself consists of several arenas in which you (heavily armed at that) must eliminate advancing threats that come in waves. You get a brief tutorial upon first starting the game, but actually playing ends up being more beneficial in the long run. Frog-like beings, flailing 8-bit characters, and other creepsters come out of the woodwork to assault you and you must clear them all out to advance. You spawn with your own weaponry (and can power up in the armory) and there’s always access to several boxes scattered throughout the map for quick access. Boxes contain random weapons (and you’ll want to scavenge for power-ups). It’s prudent to take the fight to areas in each arena where you can grab a quick boost, but for the most part it’s chaos. 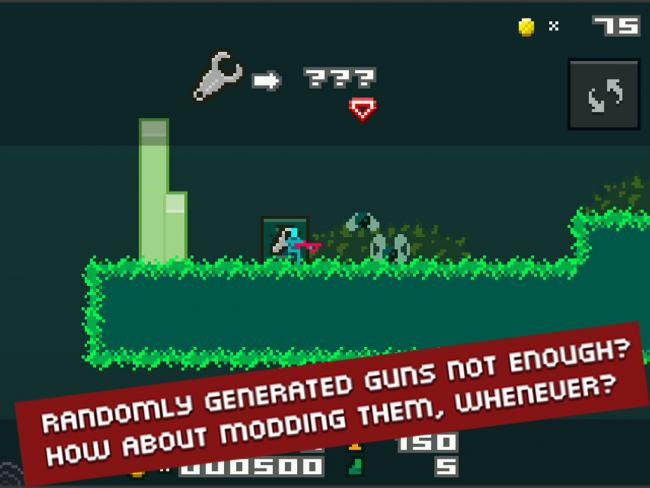 Waves quickly increase in difficulty, and you need to keep your wits about you to stay alive. Swiping left and right allows you to change weapons, and jumping or directional changes are handled with an on-screen joypad. For the most part, movement is handled excellently, but in later waves where precision is key, you might find them a bit fiddly. That’s true of most games of this ilk, though — and it comes down to more of your comfort and skill level.

Nightmerica‘s garish coloring, 8-bit violence, and retro aesthetic go a long way to escalate it from simple wave-based gameplay to a much more interesting-looking exercise in gaming exotica, and for 99 cents it’s worth checking out the soundtrack if nothing else. But if you do that you’ll also find a robust collection of macabre directives and goals that simply vibe well with the world Voltic Games has spun here. It’s simple, but it’s tight — and in an age where some things aren’t done right the first time, that’s a definite plus.