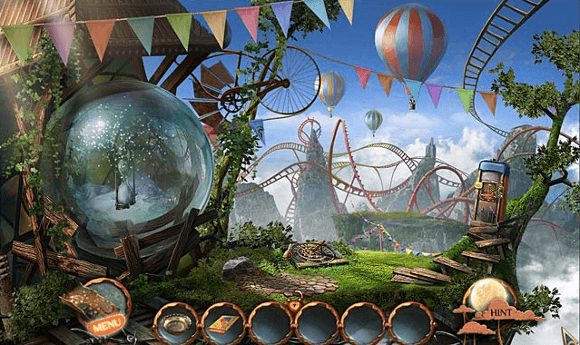 Driven by a hair-raising storyline, this is one adventure you’ll want to play in broad daylight.

After surviving a hellish fate in the first Nightmare Realm, Emily has grown into a thoughtful teenage girl. But her diary reveals an inner life plagued with visions of another realm, one filled with twisted towers and malefic beings. Those fears ring true when Emily receives a mysterious letter and is suddenly possessed by a spectre that causes her to draw a portal to another realm. Looks like this nightmare is far from over.

Picking up where the previous game left off, Nightmare Realm: In the End… takes a darker tone with its story and setting, casting you in the role of Emily’s mother as you journey through strange (and eerie) worlds to rescue your family. Emily escaped a dark fate in the first game, but as she grew older, visions and twisted dreams continued to haunt her sleeping and waking lives. Now you’re drawn deeper into the Dark City where you discover more about her father’s past and begin to wonder if the frightening shadows that have been leading you through the underworld are actually trying to help you.

Nightmare Realm: In the End… is an adventure game at its core that utilizes inventory puzzles, mini-games, and a few hidden object scenes to propel the gameplay forward. Most of it is standard fare as far as the genre goes, tripping you up with locked doors, out of reach keys, incomplete items, or the horror game favorite of flinging a snake made of fire in your direction. Some of the puzzles seem a bit contrived in light of the setting, but that’s only because the tale being told is so riveting, and actually playing the game brings you out of the trance.

One of the more entertaining features of Nightmare Realm is the journal system. Drawn as a game board with cards and player pieces, you can use this journal to check information about events in the game, look at areas you need to visit in order to find key items, and read character cards that are unlocked after finding the origami figures throughout the game. It’s a fun and creative way to handle the usually boring diary system, and it makes the whole dark realm business seem just a tiny bit more bearable. 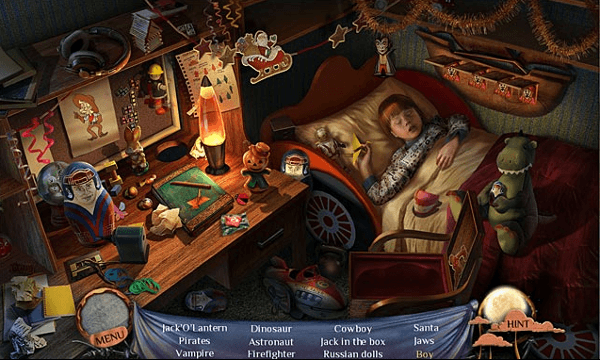 Unfortunately, the hint system is almost useless in Nightmare Realm, and when combined with the occasionally obtuse item location or puzzle solution, this can cause some real problems. Clicking it gives you a vague written clue that may or may not tend to your immediate needs. Things like “Maybe I should check outside.” are only useful if you haven’t played many adventure games before, as odds are you’ve been “outside” three or four times already but are still stumped.

The visuals are a rotoscoped mixture of realistic images and artwork combined with paint settings that bounce between surreal, fantastical, and disturbing. It’s almost unsettling at certain moments as you watch lifelike faces twist and contort to meet the demands of quick rotoscoped animation, but in the end it fits the surreal setting so well it’s not even an issue. 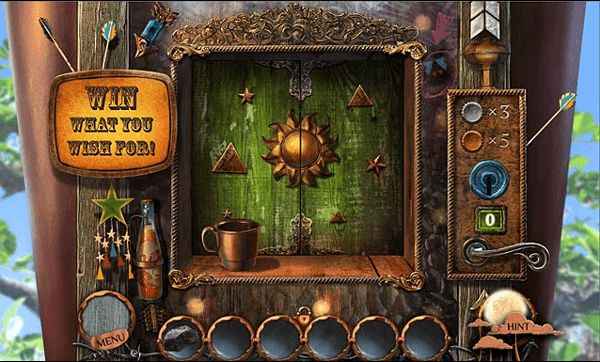 In the mood for something twisted? Nightmare Realm: In the End… isn’t afraid to deliver. The tale itself is unique and engaging, filled with supernatural beings and ages-old misdeeds. It’s so good you’ll be willing to overlook any minor faults in the gameplay just so you can enjoy chilling yourself to the bone. The title screen says it best when it completes the game’s name: “in the end… darkness will gaze back into you.” Carry that little nugget with you as you click on the “download” button…