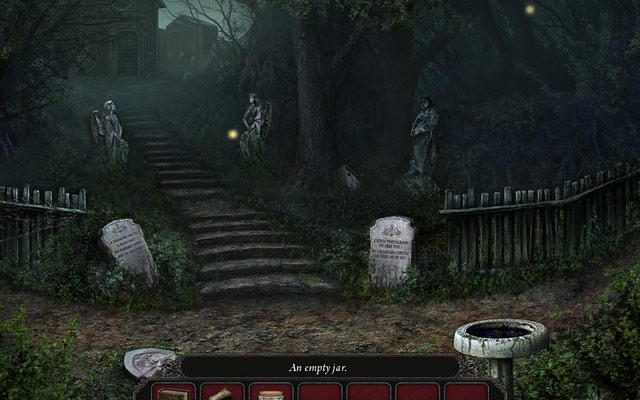 Here’s a tip for anyone researching their family tree: If the trail leads you to an abandoned asylum, you may want to settle for being a bit vague about great grandpa’s origins. Otherwise, you might end up on the wrong end of an angry spirit, like Kiera Vale in Nightmare Adventures: The Witch’s Prison.

To be fair to young Kiera, Blackwater Asylum looks relatively innocuous at first. Creepy, sure, but not overly threatening. Only after she begins to explore its empty corridors and grounds does Kiera begin to realize that something very strange is going on – something with its roots in an ancient witch hunt. It seems that the family that Kiera was so curious about is inextricably intertwined with both the witch and the asylum, though she’ll have to make sense of the ruined files and records she finds to figure out exactly how. 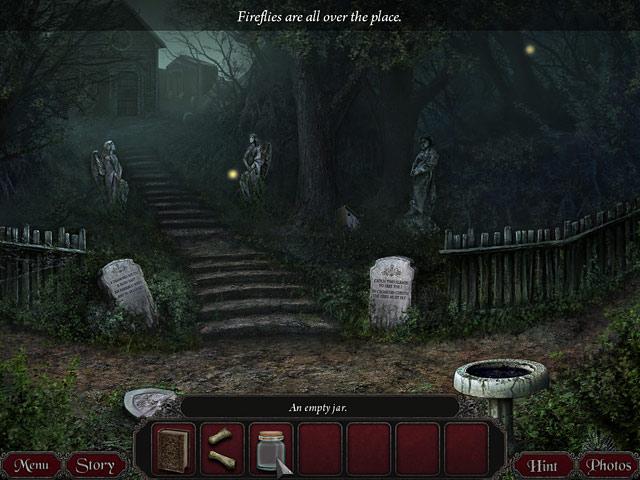 In order for an adventure game to truly succeed, it must expertly blend two key elements: its story and its puzzles. Games that master one element or the other can certainly still be fun, but it’s when those two aspects combine so seamlessly that a game achieves the kind of greatness present in The Witch’s Prison. You will quickly be as curious as Kiera to learn the history of the asylum; the story unfolds at a satisfying pace, doling out twists and turns that keep you guessing while never seeming too bizarre or out of place.

It helps that the story is told in a variety of ways – pieced together from old hospital records, in cutscenes with the unsettling caretaker, and in Kiera’s own musings. This is the best kind of ghost story, one that starts off in a fairly safe and straightforward way, but that slowly sucks you in to a progressively more twisted and dark place, until you have no choice but to see it through to the end if you ever hope to see light again.

The puzzles of The Witch’s Prison are the perfect companion to its story, never relying on the familiar jigsaw assembly and tile-sliding that so often plague this genre. Each new conundrum feels completely fresh, new, and in keeping with the strange logic of the asylum’s insane population. The obstacles are a combination of real-world logic – a door is locked, I must find the key – and straight up puzzles solving. 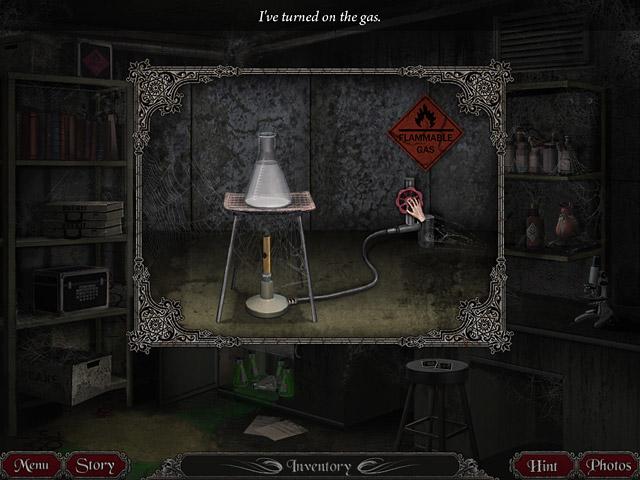 Adventure games often make you feel like a pack horse, just picking up everything that’s not nailed down on the off chance that you’ll need it eventually, but The Witch’s Prison places the emphasis on your brain, not your back. The question isn’t what object to use, but rather how to use it. Many times, it’s pretty obvious – if you have a crowbar and come across a crate, you can probably put two and two together pretty quickly – but in other cases, puzzles work together.

One of my favorites started by solving a message by filling in gaps with the Scrabble tiles that I’d been collecting. The message told me how I needed to align the playing cards that decorated a box that had a glass eye as a switch – my cue to place the glass eyes I’d found around the edge. Once the cards and eyes were in place, the switch worked and a hidden drawer popped open to reveal a piece for yet another puzzle.

It may sound a bit convoluted, but the progression of puzzles and story is so perfectly paced that you never feel lost or overwhelmed. Everything makes sense – ok, it’s a crazy sort of sense, granted – but nothing feels overly arbitrary. You don’t come away from a puzzle in The Witch’s Prison feeling like it was shoehorned into the game simply because it’d been 10 minutes since the last puzzle. 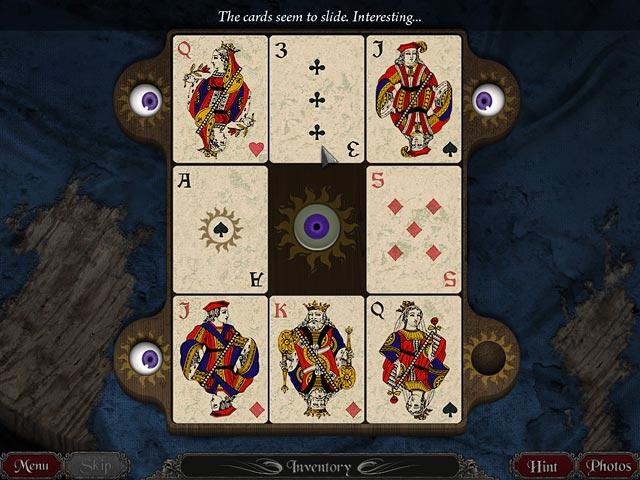 The story and the puzzles are more than enough reason for you to be downloading The Witch’s Prison as we speak, but the game’s difficulty level deserves mention, too. Items’ descriptions provide just enough information to point you in the right direction without clubbing you over the head with solutions, while hints will spells things out plainly, but only if you want them to. The Witch’s Prison does its best to make sure you succeed, without diminishing the overall challenge in the slightest – but it makes sure to slip in a few chuckles here and there, too.