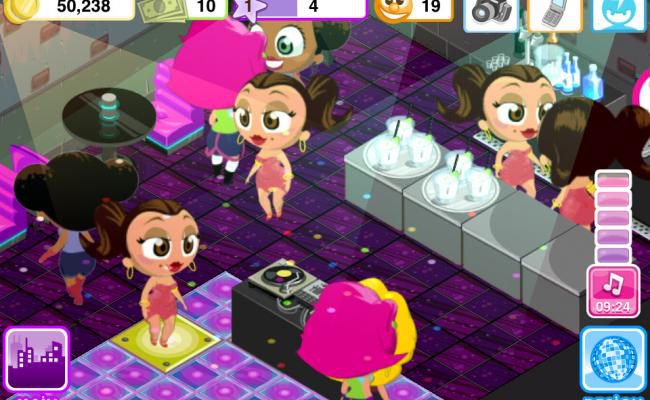 Nightclub Story is (mostly) music to our ears

Social gamers, it’s time to slip on your shoes and dance the night away. TeamLava, the developers behind City Story and Treasure Story, have decided to hit the club scene in their latest release – and they want to put you in charge of your very own dance palace!

If you’ve been following TeamLava’s releases over the last year, most of what you’ll encounter in Nightclub Story will already feel familiar. The game is built on the same foundations as Restaurant Story, with mixed drinks replacing mac and cheese. Players will still select consumables from a variety of options, tap on ingredients to prepare them, and move the items to a serving table once ready for the customers. It’s just that here, those consumables are drinks. You’ll also be able to decorate your place however you like, purchase new equipment, and visit neighbours via the Storm8 social network. 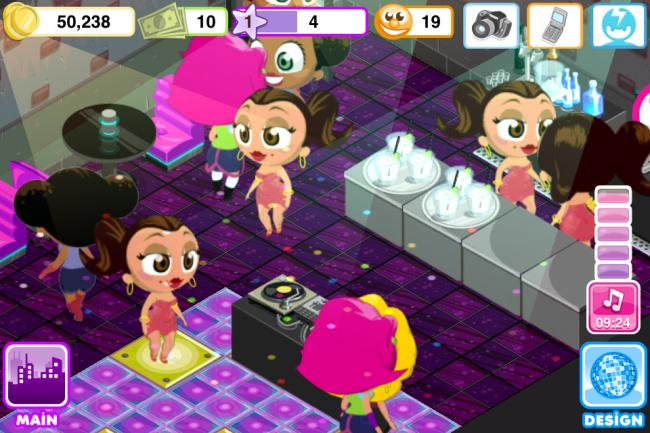 What sets Nightclub City apart, however, is the added element of music. Since this is a nightclub, a big part of keeping your customers happy is making sure there are always tunes to dance to. In order to keep the music spinning, you’ll have to keep re-filling a music meter on the side of the screen by tapping on it, which will give you 10 minutes of uninterrupted tunes when full.

The game features a pretty stellar range of music to pick from, and unlike most iPhone games, we’re not just talking chiptune/MIDI music. We’re talking real music here – albeit none of it licensed, and most of it that awful thumpy techno crap that you’ll usually here in a real nightclub (at least this means the game is authentic!)

If the included music isn’t your style, you’ll be able to build a playlist for your club by selecting tracks from your iPhone’s music library. This ends up adding a great new layer to the game, as you can simply keep it open on your desk to listen to some music while occasionally glancing down to refill drinks or tap on the music meter.

As fun as it might be, there are a few small technical glitches that keep Nightclub Story from being everything it should be. While building a playlist of your own music is great, for example, Nightclub Story fails to save your musical selections once the app is fully closed so you’ll need to re-select your songs every time you boot the app up. Complaints like this are minor, but that doesn’t make them any less visible. 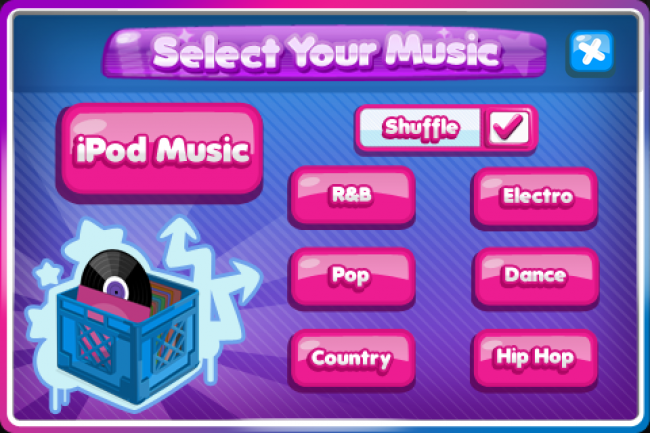 We were also a little frustrated with how limited the item selection was for those not interested in purchasing the game’s premium currency. You can’t blame them for locking away the really good stuff, but when 7 of the 11 DJ sets require premium currency (and the 4 that don’t are intentionally dull as milquetoast) it can quickly deflate your interest.

Like Bakery Story, Nightclub Story is little more than a re-imagining of TeamLava’s Restaurant Story in a new setting – but sometimes a fresh setting is all you need. With its added focus on music and its Jersey Shore quality clientele, fans of TeamLava’s previous efforts will no doubt find themselves fist-pumping the night away here.