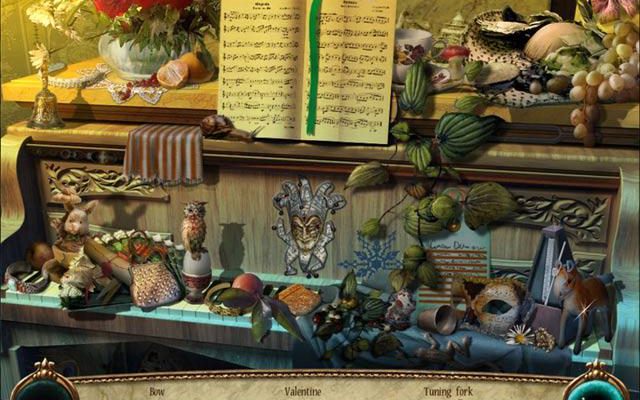 The fat lady has sung. This opera is over.

Night in the Opera places you in the role of a faceless detective, called into an Opera house after one of the traveling opera singers is murdered in her quarters. You’ll be asked to investigate the dressing rooms of the deceased and her fellow opera singers, but calling Night in the Opera a hidden object or even an adventure game would be giving the title too much credit. Ultimately, this is an odd mix between match-three levels and the far too rare hidden object scene that is flawed right from the start.

Night in the Opera offers a completely linear setup, giving you one room to investigate at a time, and even then often forces you to stop investigating after finding just one clue or key item. Just as soon as you start discovering clues, you’re forced back into the theater’s lobby to complete a handful of match three levels that are mostly horrible in design.

Each level may have multiple goals, but you’ll have to determine what most of those are by yourself. One might ask you to clear all white or pink tiles from the game board by making matches on top of them, while another might ask you to bring water droplets to the bottom of the screen to collect them. There’s no rhyme or reason as to why tiles suddenly become locked in police tape or other obstacles, and the time limit on each level makes them all the more frustrating.

Adding insult to injury, as you try to make horizontal or vertical matches of three or more like-colored opera masks, there is no animation to speak of in terms of actually swapping mask locations. You’ll simply click on two squares and masks will start disappearing as if by magic, forcing you to remember which square you last clicked on and where it was located. It’s far too easy to click on the same pair of squares five or six times before you can actually make a match, as there’s no easy way to see which mask you last highlighted.

Unfortunately you can’t freely leave these match-three levels, as the game’s story progression depends on you completing them. You’ll earn coins for completing levels and can purchase power-ups that will (in theory) make your progression easier, but these come without tooltips letting you know what they actual do. Therefore, you’ll waste valuable coins in purchasing and using these power-ups just to find out. 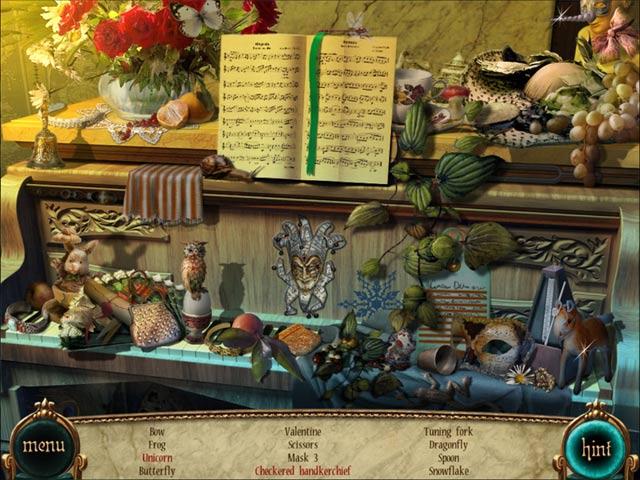 As for the investigation portions of the game, these work fairly well and include the rare hidden object scene that asks you to find objects on a list. It would have been great to see the match-three play integrated here, rather than that being the game’s overall focus, as other titles have incorporated match-three into item hunts so successfully in the past (see Phantasmat, for instance). Then again, there’s so little content here outside of the match-three play that doing so would have resulted in an incredibly short experience.

All told, Night in the Opera feels like an unfinished (or at the very least, rushed) experience. There’s no attention to detail, poor English localization in the menus, and really only a single redeeming factor to the entire game (that being the mostly crisp graphics). While developers deserve praise for trying something new and not simply copying the dozens of other match-three games on the market, this is one time where playing those other games might have shown them the error of their ways. Simply put, Night in the Opera is in no way worth the cost of admission, and should definitely be avoided.