Nicki Minaj: The Empire Review – Building on the Foundations 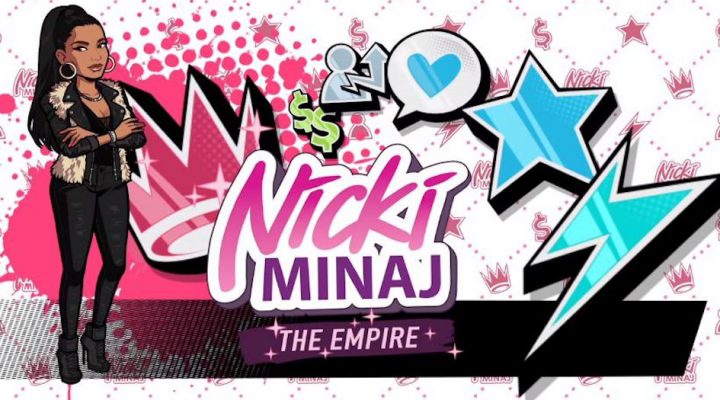 Fun to be able to sing along

Real-time chat is a great inclusion

Familiar format in many places

Still have to wait for that energy bar to refresh

Celebrity social games have somehow become an even bigger deal in 2016, so it makes sense to close the year with another big hit – Nicki Minaj: The Empire. This time round, Glu Mobile’s familiar format is, well, fairly familiar — but it also throws in a few important new additions to ensure that this doesn’t feel like a cynical cash-in. There’s still going to be a ton of waiting, but the story offers a more interesting twist than the usual formula.

As before, you’re essentially a nobody who just happens to befriend a famous celebrity on their path to fame and fortune. Nicki Minaj pops up at regular points throughout the game in order to provide you with some encouragement and enthusiasm. You’re frequently given a few choices when it comes to what to say to her, as well as other characters, although the conclusion is usually roughly the same. This isn’t hugely interactive fiction despite what Glu wants you to think. 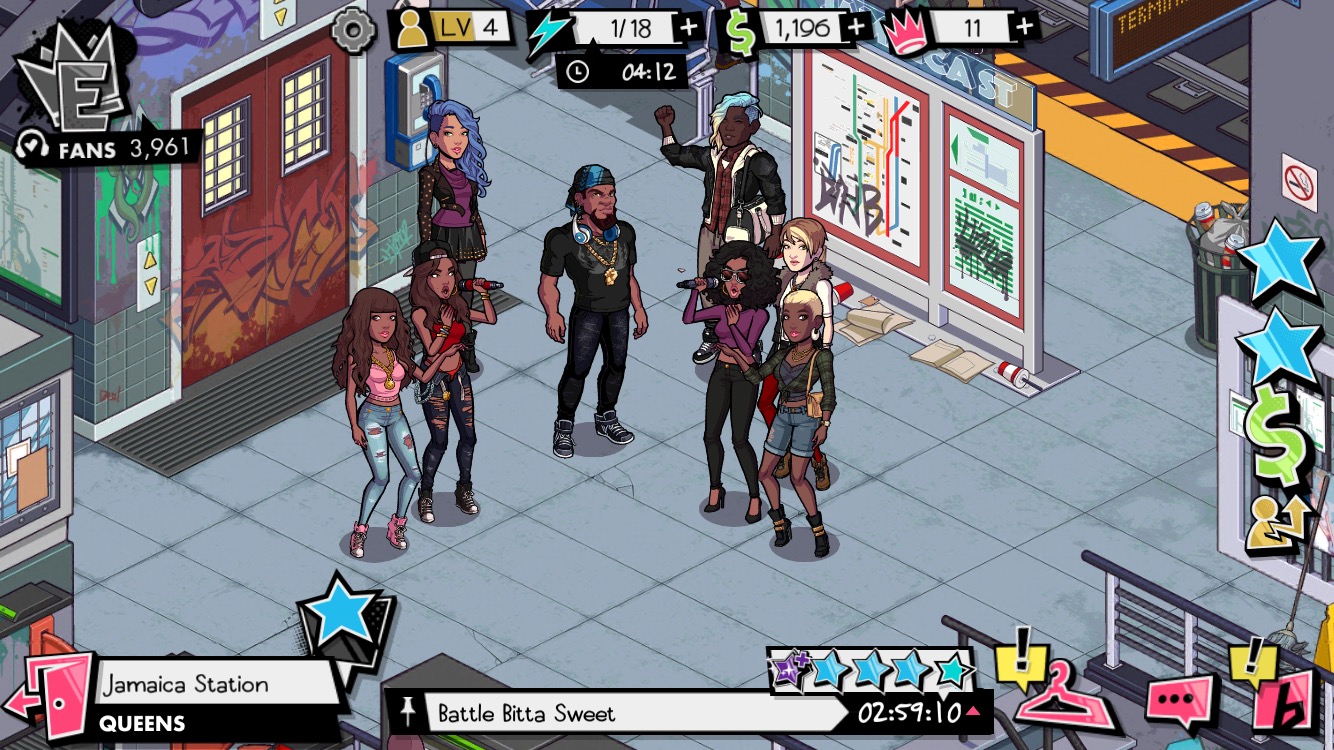 You move between different locations within New York, networking and performing at various events in an effort to be noticed. Sometimes you’ll be trying to schmooze your way into a fancy dinner, while another time you’ll be showing off at a photo shoot. How you do this is conducted in mostly the same way — by using up energy to perform certain tasks. Energy is consistently limited, requiring you to plan carefully. Each event involves you gaining up to five stars to demonstrate your prowess, but you only have a limited amount of time and a limited amount of energy to do this. As is the way with Glu’s other celebrity, it’s all a balancing act to get the most out of your precious time.

Alongside that, you can also dress up your character and customize your home, giving you a sense of success and fortune. It’s all very business as usual, except for one crucial area — rapping. 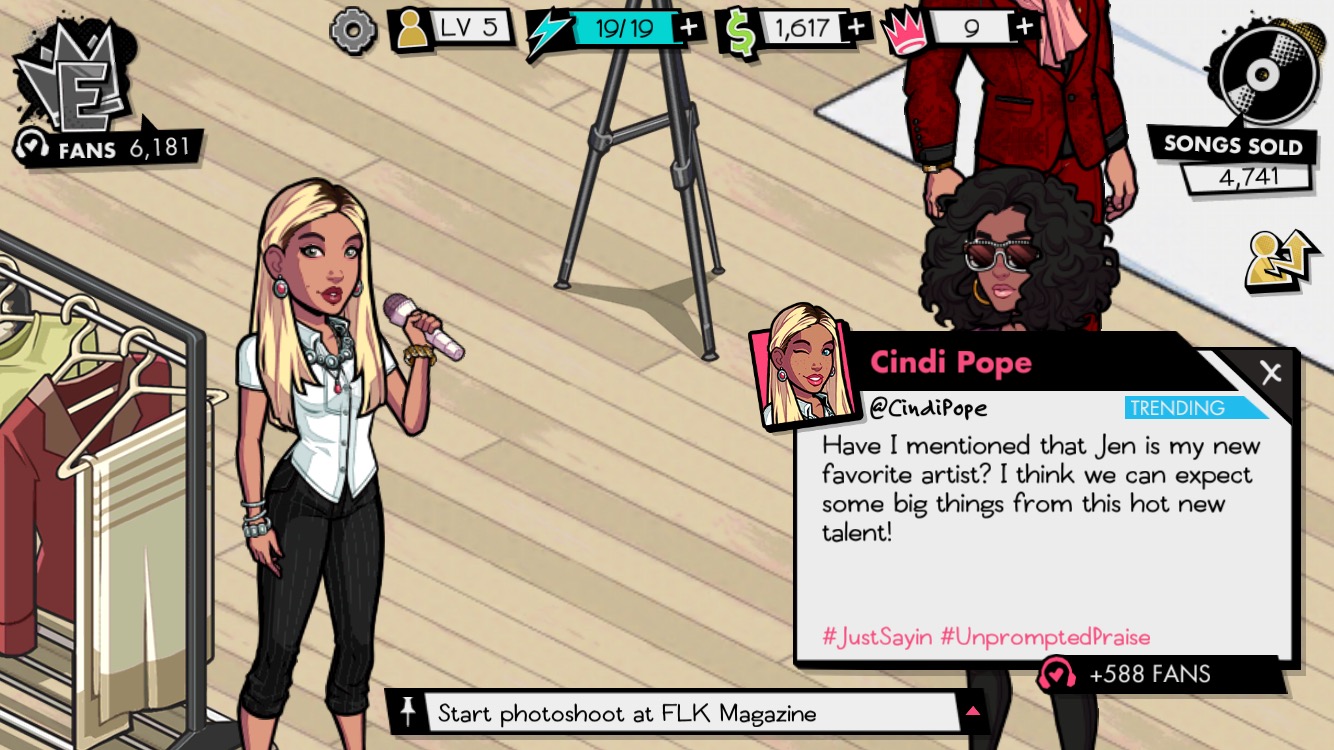 In Nicki Minaj: The Empire, you can ‘write’ your own lyrics by choosing from a selection of words to slot into premade songs. You can also sing along to Nicki Minaj’s new (and previously unreleased) song, ‘Ain’t Gone Do It’, and record it. It’s a refreshingly positive piece of fan service and one that ensures that all Nicki Minaj fans are going to really enjoy what’s here. There’s the promise that the rapper herself will give shout-outs to the best raps each month too, giving players further reason to come back for more.

Throw in some real-time chat in-game, and Nicki Minaj: The Empire feels like a celebrity social game we’ve been needing for a while. There might still be issues with just how long you’re expected to wait around for that energy bar to refresh, and you’re still going to feel like you’d gain a hefty advantage if you were willing to spend money on things, but Nicki Minaj: The Empire feels a little fresher than past games.

Slowly building on the previously successful format, it throws in some much needed additions to ensure that this doesn’t feel like a reskinned version of a game you’ve already played. It’ll be interesting to see what new innovations are added to the genre in the coming months. This could be a very positive early sign of a genre keen to not stagnate.