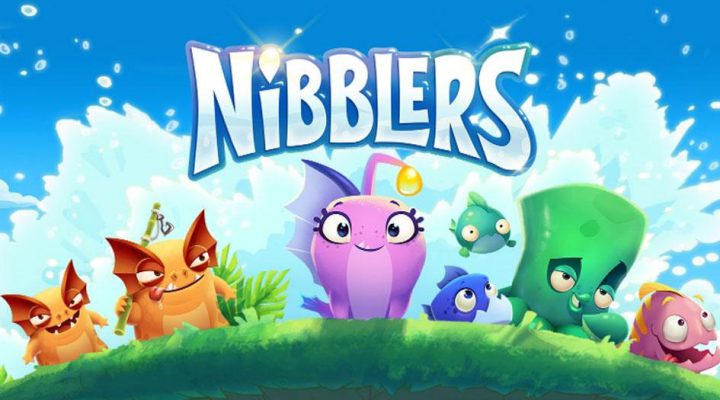 With no birds in sight, angry or otherwise, Rovio dives back into match-3 gameplay featuring a new cast of cute aquatic characters.

Unlike Angry Birds Fight!, Rovio’s more complicated RPG match-3 battler from earlier this summer, Nibblers will likely satisfy the purists hungry for a new match-3 experience. The gameplay mechanics will be familiar and intuitive for any fans of this crowded genre, so jumping right into the action is extremely easy.

The eponymous Nibblers have come up from ocean’s depths to explore dry land and munch on tasty island fruit including raspberries, plumberries, rosehips, pears, and oranges. As usual for the genre, matching adjacent fruits in combinations of varying complexity will spawn more helpful Nibblers, yield points and solve puzzles. The Nibblers’ island adventures aren’t all fun and games, however. The islands are inhabited by grumpy reptiles who aren’t happy the Nibblers are around, so they make mealtimes more difficult by blocking fruits and your mobility. 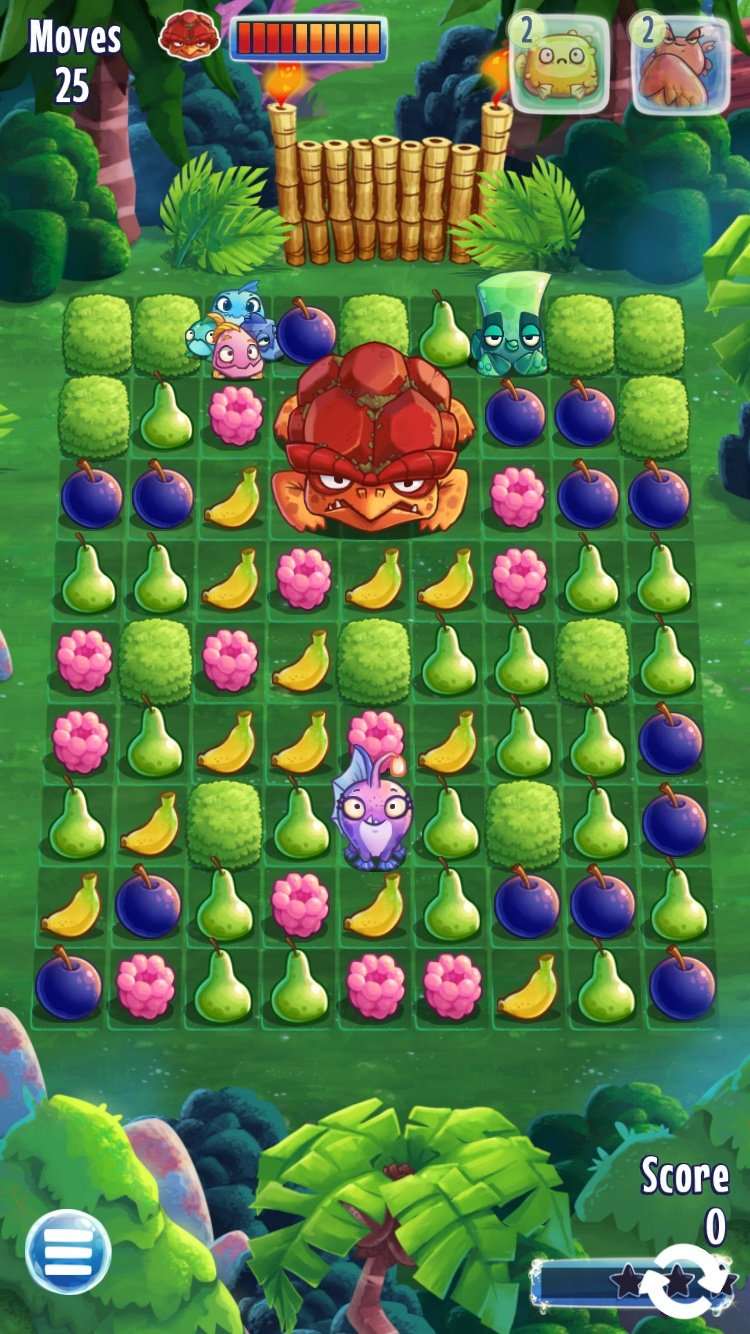 The loose storyline isn’t particularly motivating beyond setting up a clear enemy to fight in the reptiles. However, the characters themselves are appealing to spawn and release, as they each have their own signature skills that help you clear puzzle boards, or, in the case of the reptiles, thwart your progress. The specific mechanics of these special moves aren’t exactly novel, but the colorful combination of cute characters alongside fruit is indeed pleasing to play. Boss levels also raise the stakes and keep things interesting.

As is common for match-3s, you can advance through the levels until you can’t complete one within the allotted number of moves. If you fail a level, you can either use a life to replay from the beginning or spend premium currency to get five more moves. Unfortunately there doesn’t appear to be any way to earn any premium currency organically within the game. There are, however, videos to watch for an added Nibbler “boost” at the beginning of a challenging round. If you run out of lives, you can ask your friends for one, you can wait for lives to respawn over time, or you can spend premium currency to refill your lives.

Eschewing the primary color palette of Angry Birds, Nibblers offers players lush tropical hues and juicy brights that evoke the flavors, if you will, of the most popular genre leaders. The character design is charmingly idiosyncratic. For example, Coral is a squishy lavender anglerfish of sorts with an expressive yellow lure on her head that sags when she’s sad (i.e. you lose a round). Octo, by contrast, is a jazzy fellow that appears to be some adaptation of an octopus, though his body is quite stout and blocky.

The soundtrack is impressively rich and sophisticated; I think I heard a flute, oboe or clarinet maybe, drums, shakers, and some stringed instruments. Along with the splish and splash of water droplets, the mellow music is layered on top of a vibrant, living score of peepers, crickets, and other natural sounds one would expect from a thriving marsh. Unfortunately, the squealing sound effects of the Nibblers break into the relaxing soundtrack and disturb the enjoyable natural harmony; I would have loved to have more nature-inspired sound effects for the characters themselves.

Ultimately, Nibblers isn’t an amazing advancement in match-3 game experiences. But it doesn’t need to be. It’s a solid contribution to the category with fresh visuals, a great soundtrack, and familiar mechanics. For those who delight in the swipe and find satisfaction in cascading combinations, Nibblers will be an enjoyable game to add to the roster.