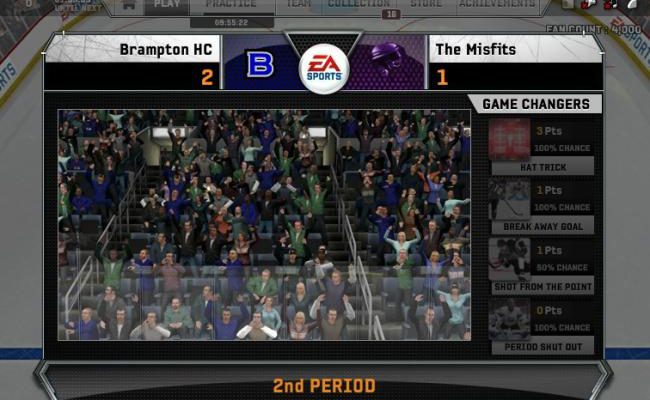 Winning the Stanley Cup has never been so dull

Facebook has slowly become a great place to go for free-to-play sports management games. Whether you want to take control of a soccer club, or hop behind the bench of an NFL or MLB team, there are options out there. Now EA Sports is hoping to do the same thing for hockey. NHL Superstars uses a similar set-up to games like FIFA Superstars and World Series Superstars, letting you cobble together a team from existing pro athletes, but the overall package leaves much to be desired. With so little to do and so much time required to unlock content, NHL Superstars will leave hockey fans out in the cold.

The game lets you start out by crafting your own pro hockey club, though there’s not much in the way of customization options. You can pick a name, a logo, and your colors, but there’s only a handful of choices. Your team will consist of a random assortment of actual NHL players though, at least early on, you likely won’t have heard of any of them. You start out with the lower tier players and the idea is that as you progress you’ll be able to add bigger, more talented players to your squad.

But that takes a long time. 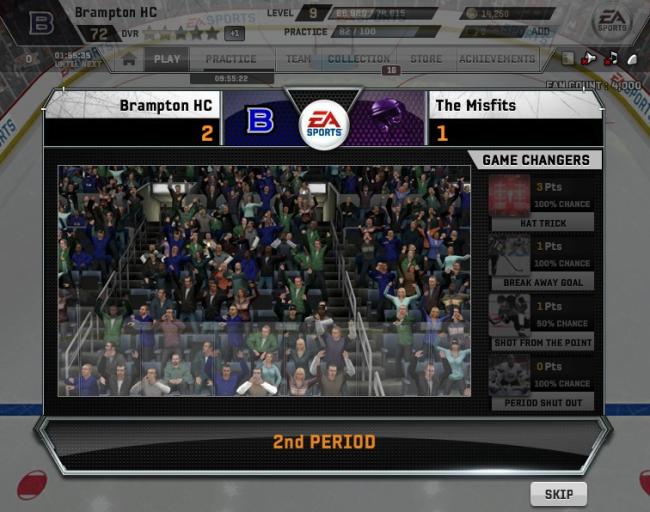 In order to add new players you’ll need to buy packs of cards. These cards come in tiers, and it’ll be quite some time before you even have access to the higher quality players (unless, of course, you want to spend some real-world money). And even then you won’t have much say in which players you get, as the packs are completely random. They’re also quite expensive, meaning you’ll need to play a lot of games even to add some mediocre players that might not even make your team.

You can also customize your arena, but again, the options are both sparse and expensive. Adding team colors, for instance, does little more than add a colored stripe. And since you can’t preview these changes, you may end up wasting your hard-earned virtual cash on a very disappointing upgrade.

This could all be forgiven, of course, if the hockey action was solid. But sadly this isn’t the case. Like most management games you don’t have direct control over the outcome of a game, but in NHL Superstars you don’t really have any control at all. Aside from using special power-ups to tip the odds in your favor — ensuring you go a whole period without allowing a goal, for instance — all you can do is watch. And watching isn’t very exciting. You simply view a few still images, which seem to repeat each game, and that’s it. It’s hard to resist clicking the skip button. 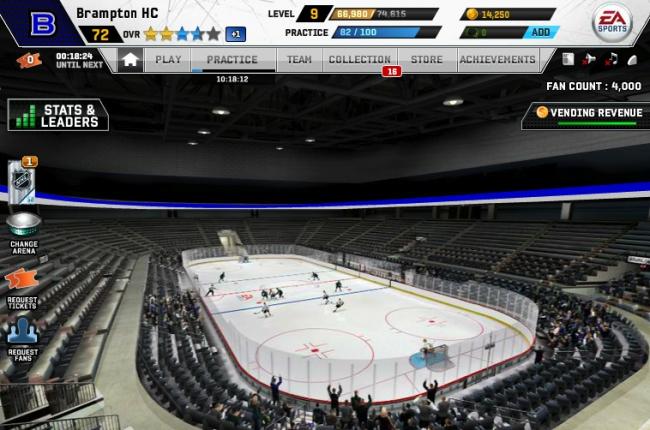 Even worse, the game severely limits how many you matches you can play in a given session. Tickets are required to play games and, unless you purchase them with real-world dollars, you can only have up to four at a time. Games cost either one or two tickets depending on their importance, and since you’ll likely be skipping through the action, it’s possible to hop into NHL Superstars, make a few tweaks to your team, play a few games, and be back out of the game in a minute or so.

That’s the real problem at the core of NHL Superstars: there just isn’t enough to do. Sessions are far too short and it doesn’t feel like you have enough control over your team or their performances. Winning trophies, and especially the Stanley Cup, should be a truly satisfying experience, but in NHL Superstars it’s mostly just a drag.