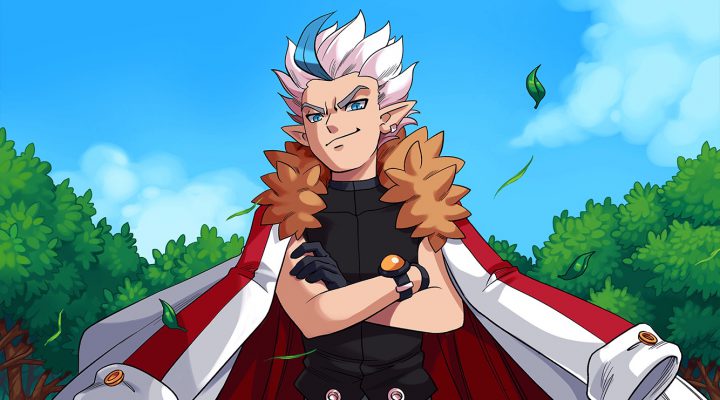 Always plenty to do.

Really easy to pick up and play.

And it's not as good as Pokemon.

Nexomon doesn’t so much wear its influences on its sleeve as it does find the tallest nearby peak and scream about them from the top of it. And for some people that’s going to be great, because it’s highly unlikely we’re ever going to get a true Pokemon game on mobile.

For others, well, the comparisons are always going to fall squarely in Pokemon’s favour. While Nexomon does a pretty damn good job of imitating the franchise and adding some ideas of its own here and there to keep things feeling a little bit fresh, it’s neither as charming nor as playable as its game-crush.

There’s definitely fun to be had here, don’t get me wrong, but the compulsion to go out there and catch-’em-all just isn’t as strong as it is in the original Pokemon universe, no matter how hard Nexomon might try to suck you in. 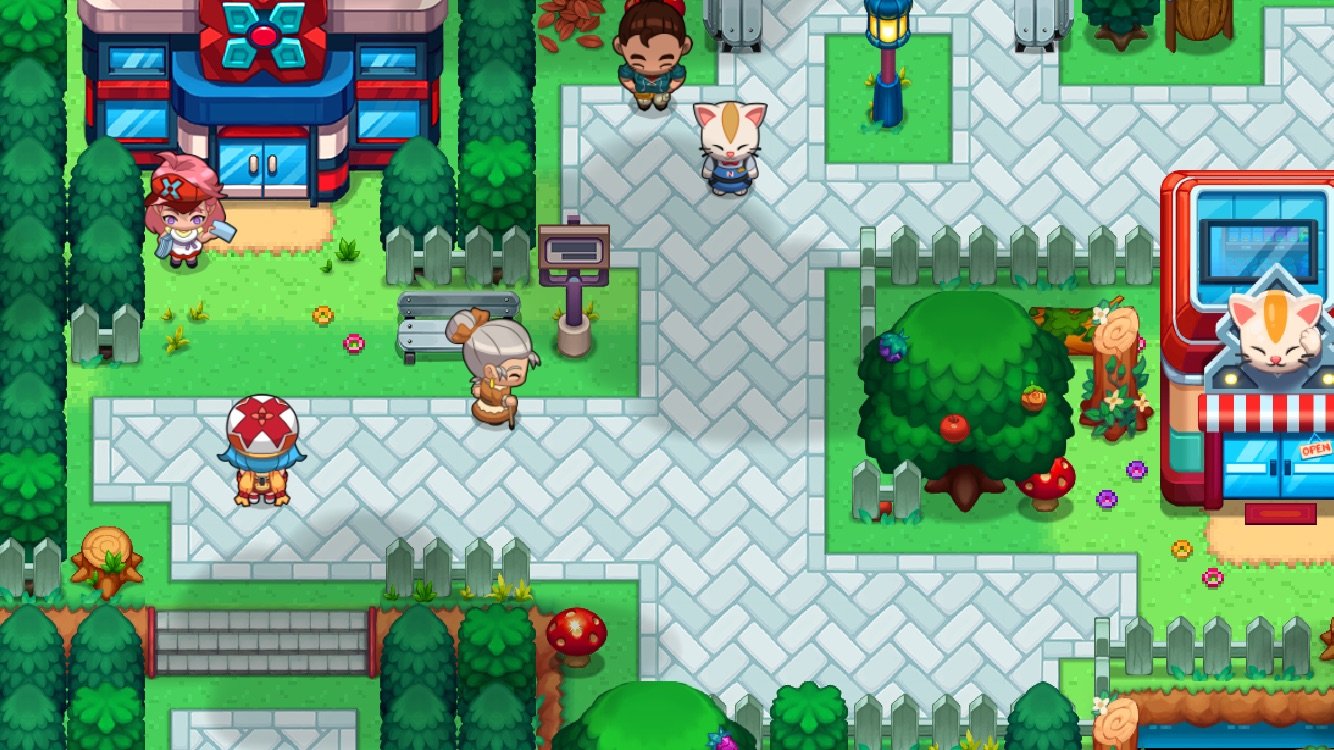 The game starts out with a robot and a scrap and an altercation with a less-than-shadowy spiky haired villain who’s just not very pleasant to our plucky heroes. From there you set out on a journey of discovery.

These fights are turn-based. You’ve got a team of up to six different creatures, as does your foe. To begin with, you’re rarely taking on a team of more than two, though, and the odds are usually pretty stacked in your favor. When you’ve weakened a Nexomon, chuck down a trap and try to catch it. 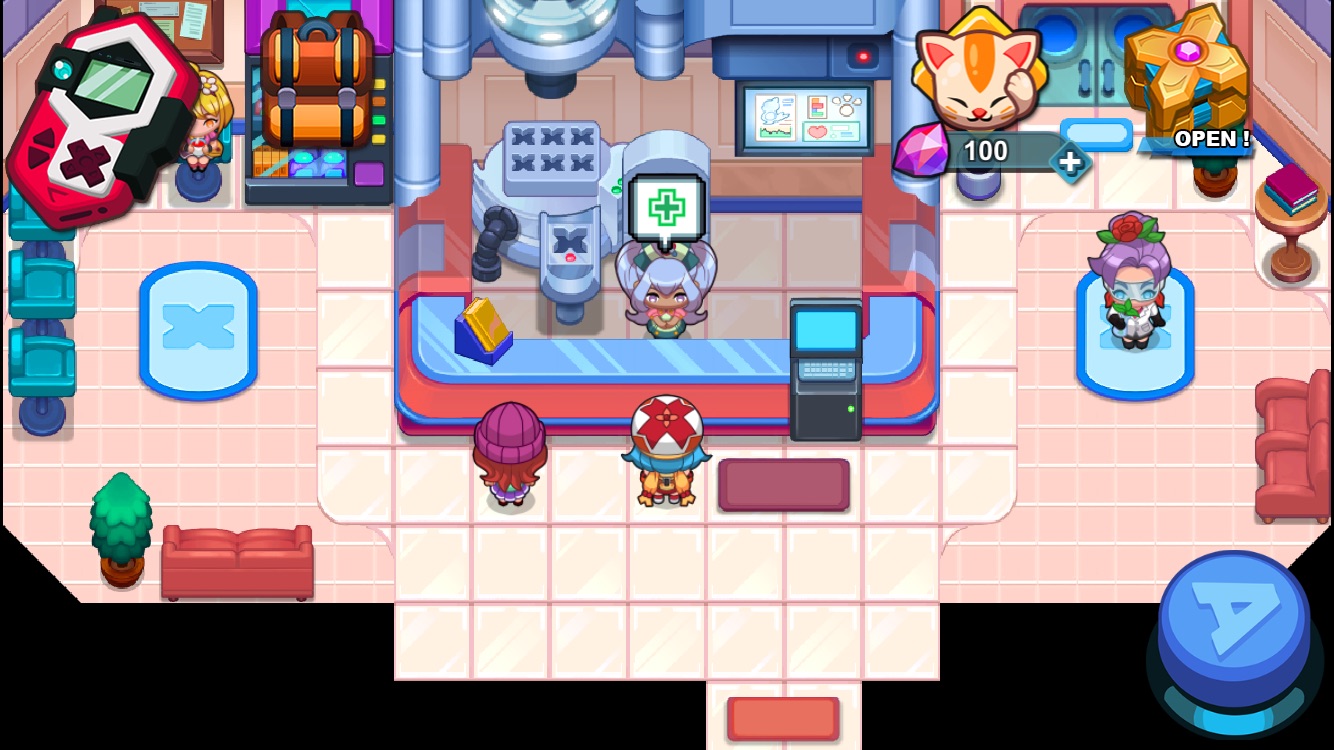 There are trainer, or tamer, fights, where you can’t catch the monsters on the other team. Instead, it’s a battle to see who can knock down all of their opponent’s hit points first. There are different types of Nexomon, and they have strengths and weaknesses against one another.

It’s all pretty standard stuff. The game is certainly lovingly presented. The cartoon graphics are slick and sometimes painfully cute, the monsters themselves are brilliantly designed, and most of the dialogue fizzes as it pushes the story along.

The controls are solid too. You drag a finger around the screen to move when you’re in the world, and a context sensitive button pops up when there’s something you can interact with. In the fights, everything is controlled with a few pokes here and there. 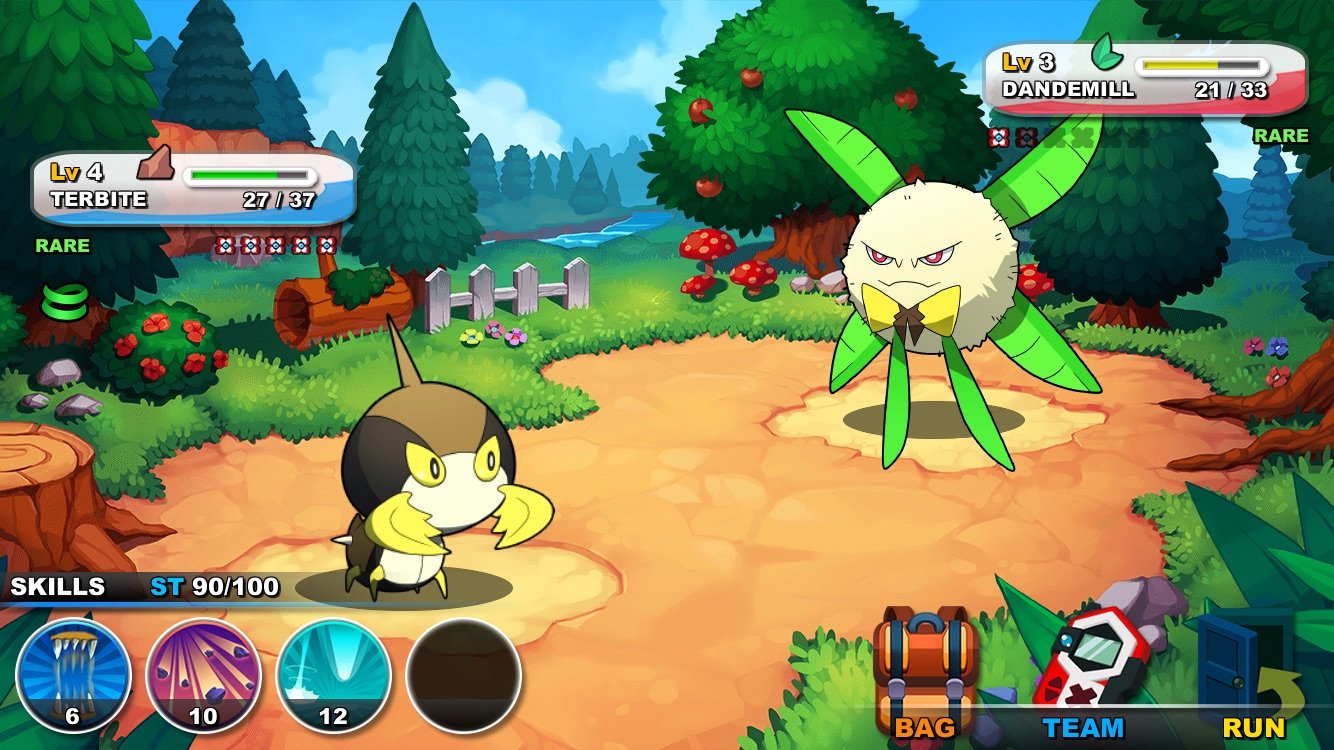 Nexomon is a brilliantly put together game, there’s no doubting that. But at its core it’s so obviously riffing on another, more accomplished series of games, and that was always going to diminish its brightness rather than encouraging it to shine.

There’s nothing broken here, and you’re more than likely going to enjoy the time you have to put into the game. Building your stable of monsters is certainly fun, and the battles are interesting enough that you won’t mind too much when they crop up — especially if it bags you a rare beast.

But in the end, there’s so obviously a better version of this game out there. Sure, it might not be on your phone, but rather than scratching your Pokemon itch, Nexomon is more than likely going to aggravate it. It walks that fine homage line very well, but sometimes it leans just a little too close to its inspiration.