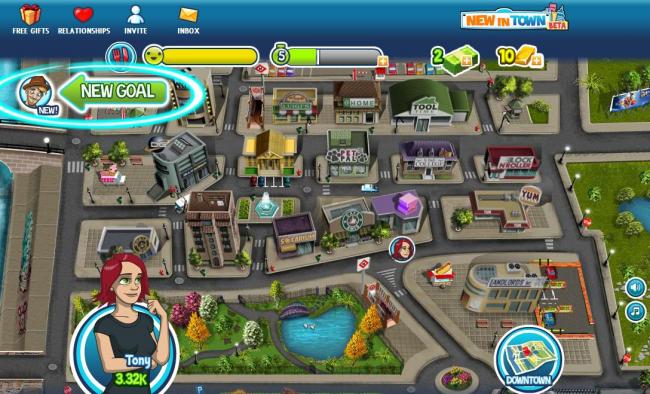 With a name like Digital Chocolate, you might expect nothing but sweet pleasure. Indeed, the developer has brought some tasty treats to Facebook, perhaps most notably Army Attack and Zombie Lane. New in Town is the latest from the developer’s vault of goodies, but technical issues, as well as a few poor design choices, give this game a slightly bitter aftertaste.

New in Town makes a great first impression with an attractive presentation and the promise of Sims-style gameplay. You create your character (either male or female), choosing from a selection of hair, face, and body features, and then it’s off to the big city. New in Town plucks you right out of school and thrusts you into the not-so-real world where you’ll leisurely carve out a life for yourself.

The overall gameplay design borrows heavily from The Sims, but also features a structure very reminiscent of Life Quest. New in Town boils things down to an easily digestible package wrapped in a presentation similar to Jones in the Fast Lane. Your older sibling will set you up with clothes, an apartment, and a job, as well as keep you up to speed on the basics. Not everything is explained clearly, however, and you will need to do a bit of poking around on your own in order to maximize each day’s allotted energy.

And that’s where the first of the game’s major problems becomes apparent. Your character lives in something of a dual universe. On the one hand, you can only complete so many actions before your character requires sleep and begins a new day; however, work days are counted separately and aren’t replenished by sleeping. This means you can only earn a very limited amount of in-game cash before the game forces you to take a break.

Like a typical life sim, you’ll need to keep track of your character’s happiness and hunger and balance those needs against your current energy. If your character goes to sleep hungry or unhappy, that’s less energy you’ll have to complete tasks the following day. That’s all well and good but balancing issues make it hard to get much of anything done in a single day. New in Town quickly devolves into something of a grind, an ironic reflection of real-life woes. 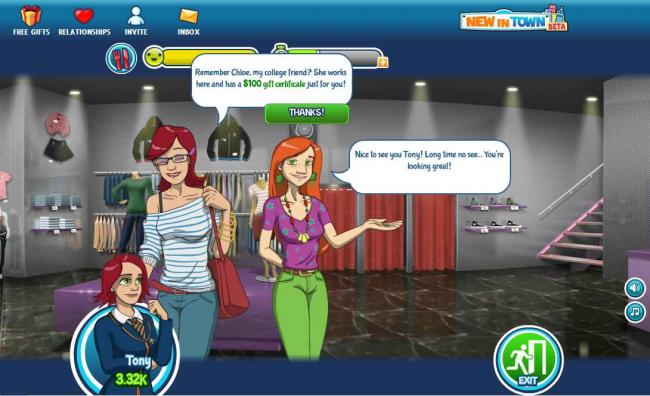 The gameplay is further hampered by poor optimization. I found myself often having to click on characters and locations multiple times before the game would respond. However, the visuals and audio are tight and attractive, and there’s ample content to discover as you make your way through the game.

In spite of my many criticisms, there was a lot I liked about New in Town. Generally speaking, the game has a great formula and excellent production values. There’s lots to discover and do, though the gameplay is both familiar and straightforward. New in Town offers a level of depth that could potentially keep fans of life sims busy for a good, long while. Unfortunately, the game needs substantial tweaking, both in its gameplay design and engine optimization.