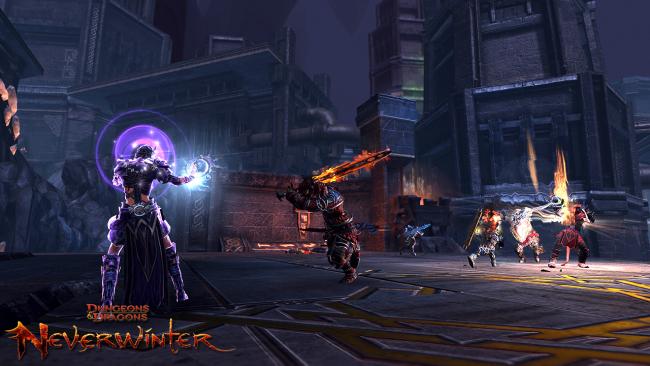 When it comes to games that are a long time coming, Neverwinter is right up there. With a setting that’s been detailed in classic RPG supplements, prior video games, and even novels, the current version got kicked around several times before it (and developer Cryptic Studios) ended up at Perfect World Entertainment. Was the resulting free-to-play MMORPG worth the wait? If you’re a casual player into action and instances, the answer is probably yes.

It’s hard not to get pumped up by the opening cinematic to Neverwinter, which features a large scale assault by a lich, a skeletal dragon, and an army of the undead. As it turns out, the titular city has seen better days, with some districts almost completely overrun by monsters. That makes it the perfect place for some enterprising adventurers, rolled up using a modified version of the 4th edition Dungeons & Dragons rules. Ah, the memories!

Character creation gives you plenty of racial options, but a curious lack of classes considering the current MMORPG trend is in the other direction. There are two different kinds of Fighters (one more a damage dealer, the other better suited for tanking), the Trickster Rogue, the Devoted Cleric, the Control Wizard – and that’s it. This means there are a lot of similar looking adventurers running around the main zone, though the game’s fairly robust customization options for gear and clothing offset this problem a bit.

Once you get used to that, and the fact that some classes are filling unusual roles (the Cleric is all ranged, no melee, for instance), the next thing to adjust to is the active combat system. You actually have to target enemies and dodge incoming attacks, making combat a much more dynamic enterprise. Instead of just “not standing in the fire,” you’ll grow accustomed to watching for the telltale red firing arcs and AOE circles of bad guys and getting the heck out of the way.

The novelty does wear off in time, and having a reliable computer and internet connection is more important than in many genre games because too much lag makes combat unbearable. It’s still refreshing, and while you’ll still find yourself rotating through the same attacks and abilities as often as in any MMORPG, the progression system adds to your bag of tricks on a regular basis. Some abilities can be used at will while others need to have the right amount of action points built up, so there is some thinking required too. 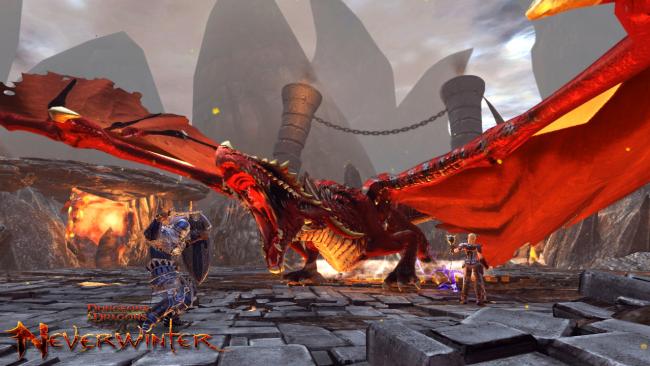 Upon reaching level 16, you’ll be able to have a companion along to watch your back. This is a godsend for people who would rather play solo, and while there has been plenty of griping from the player community about companion AI, it’s far better than going it alone. The developers invented a range of helpers that runs from dogs to wizards to fairies, though the more exotic ones generally need to be purchased with Zen, the game’s main means of monetization.

Neverwinter also brings a certain flair to the presentation of its quests, often switching to a dramatic close-up when you discover the final boss. Add in the voice-acted NPCs and you’ve got a cinematic quality that is pretty rare. It’s true that many gamers don’t care about lore, but this game is at least trying its best to get you to notice.

Some of the best adventures to be found come with their own lore, since they’re created by the user-generated content tool called The Foundry. Any player can use The Foundry’s impressive set of tools to create their own quests or campaigns, with both the challenges and rewards scaling to the levels of the players who tackle them. It’s not the most user friendly software, but the results from creative players with some time on their hands are impressive.

In other aspects, Neverwinter isn’t nearly as progressive. The general chat channel is full of players trying to put together parties for dungeons and skirmishes – short, five-player co-op quests – because there’s no group finder. PvP is pretty bare bones, something likely to turn off many veteran MMOers. The crafting system is interesting but overly complicated, and the less said about the confusing mix of currencies needed to buy gear, the better. This is a game for which wikis are more of a necessity than a luxury. 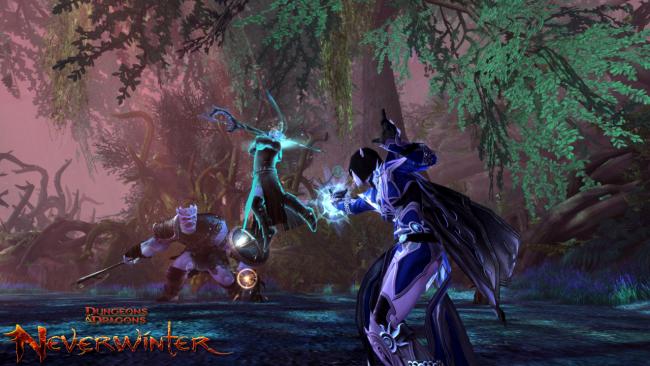 There’s also a fair argument to be made about whether this is a “true” MMO since so much of it takes place within instances. So many games are opting for more interaction that it feels strange for things to be so compartmentalized – it’s like the anti-Guild Wars 2 in that respect. Like other design decisions, this one feels like it may alienate some hardcore players in favor of the casual crowd.

But for a game that was free-to-play from the start, that’s an understandable, maybe even wise move. Neverwinter does its pedigree proud more often than not, and if there was ever a single feature worth an extra half-star in a review, The Foundry is it. Even if you’re not keen on jumping into an MMO, this is the perfect one for wading.

For even more on Neverwinter, check out our five-part review diary starting here.