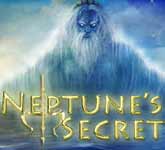 Straight from the annals of Greek mythology, Neptune’s Secret recounts the tale of warring gods, a lost civilization, a mysterious amulet and a modern-day gal on a quest to unravel it all. Told through a comic-style presentation, the narrative sets the stage for an undersea, hidden-object adventure with greater depth and more puzzle-solving elements than you can shake a squid at.

As with basically every hidden-object game created, Neptune’s Secret guides you, level by level, in pursuit of bounteous booty from amid a menagerie of mostly unrelated goods. However, in this case, objects are much less “unrelated” than usual. But, more on that later.

First, a clarification is necessary. While Neptune’s Secret claims to offer 75 levels of play and multiple game modes, it’s, in fact, a misnomer. Just over 20 multi-tiered levels, that is, location scenes are spread across several geographically larger locales (town, market, theater, library and temple).

For example, located in the market district is a courtyard. The first goal here is to collect 10 objects based on their silhouetted forms (as opposed to a written list). Once retrieved, your next task is to find 10 starfish from the same scene. Finally, you need to assemble a wheel and a valve from broken, scattered bits and set them in their correct places. Thus, it’s one level, but with three separate goals or puzzles to complete.

Moreover, it’s in these multi-goal levels that you see the relatedness of the items collected. Rather than looking for disparate items, you’re gathering objects of like kind (starfish, hammers, index cards, swords, etc.) and finding and assembling items related to the current scene. It’s not the usual treasure hunt for totally unrelated paraphernalia that normally wouldn’t be in the same place to begin with (like a pickle, abacus and pistol stashed in a bathroom).

As for modes of play, there’s one un-timed, “relaxed” mode. Puzzle solving is off the clock, allowing you to take your time at each location. Still, lest you think the lack of a timer detracts from play, it doesn’t in Neptune’s Secret. The game maintains a sense of urgency thanks, in great part, to an excellent musical score that keeps you suspense-fully focused on your purpose. Plus, you can always replay the game to beat your previous time, as overall game time is recorded.

In addition to its unique multi-goal scenes and greater item relatedness, Neptune’s Secret employs an interesting jewel-based hint system. All scenes have hidden gems that, when inserted into a mysterious amulet (it holds five), act as “magical spells” for revealing well-hidden objects. But, you can only collect jewels currently missing from your amulet. They can’t be stockpiled. Still, they’re easy enough to find and using one is better than frequent, random clicking, as the latter causes Hannah’s mask to fog up and prohibits item collection until it clears.

Sporting three display modes (full, windowed or widescreen) and an excellent musical score, Neptune’s Secret offers a beautifully rendered underwater world with exceptional atmosphere. It’s extensive assortment of items blend together visually better than those in just about every other hidden-object game. They actually look like they belong together, and in each scene, not like cutouts pasted on a backdrop. Plus, gameplay is simple yet fun, and offers greater depth than most genre favorites. Its story elements are woven well into the object hunt, too.

Naturally, while most aspects of Neptune’s Secret are laudable, it does warrant a few criticisms. Many objects strewn about its world are inappropriate to an ancient civilization. Should the mythical Atlantis someday be found, it’s unlikely to be populated with items such as hair dryers, light bulbs, telephones and gasoline cans. They’re simply out of place and time for the game’s setting. Also, you can only collect “visible” items in the silhouetted list, those at the top. Others scroll in from the bottom as objects above are removed, but you can’t manually scroll the list yourself. And last, the ending comes rather abruptly with a “to be continued” cliffhanger.

Agatha Christie: And Then There Were None Review

Journey to the Center of the Earth Review