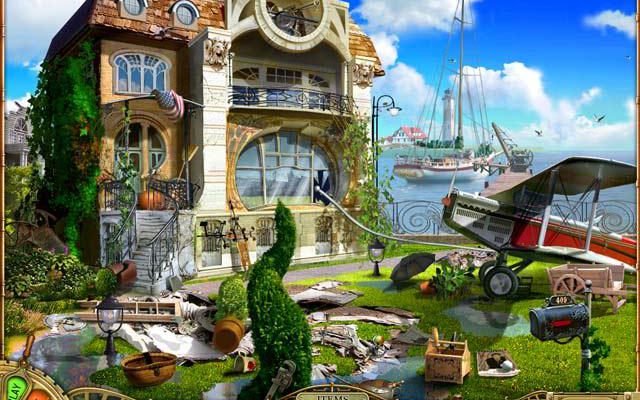 It turns out that Nemo’s famous sub is a bit of a fixer-upper.

The mysterious Captain Nemo, long thought dead, has gotten in touch with a former member of his crew to ask for help in locating the submarine, The Nautilus, but while time seems to have stood still for Nemo, it has marched steadily on for his shipmate, who is now a grandfather. More specifically, he’s your grandfather, and being the daring adventuress you are, you agree to help Nemo on his behalf.

Thus the stage is set for Nemo’s Secret: The Nautilus, a beautiful, if a somewhat dull, hidden object game. Finding the sunken sub is actually the easy part – you’ll have its coordinates mere moments after agreeing to help out your grandpop. Getting it up and running is another matter; languishing at the bottom of the ocean isn’t great for a ship’s structural integrity. 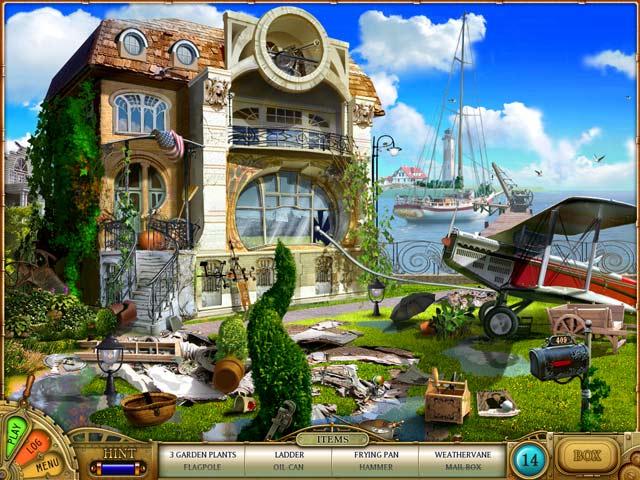 Once you reach The Nautilus, you’ll have to put it back together, fixing the huge holes in the hull and restoring its systems one by one. Nemo himself will coach you as you move through the ship, giving you hints about where to head next or what needs repairs. It sounds more helpful than it actually is – his directions tend toward being blatantly obvious or annoyingly vague. You’ll find yourself wishing he’d just keep his yap shut and let you get on with your mission.

You’ll first have to search an area for valuable items before you begin repairs, though. In most cases, this means ticking off items on a list, returning objects to their proper places while stashing handy inventory items in your box. Sometimes you’ll have to move things around before you can find everything, which adds a bit more challenge to the searches. These kinds of levels are well-constructed and enjoyable, but you’ll also be given more vague instructions like finding the bits to construct a blow torch or oxygen vents. 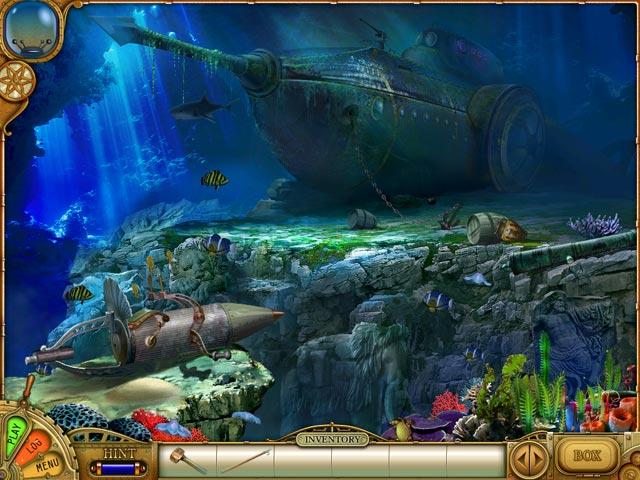 Mixed in with the item searches are the obligatory puzzles that seem to the new requirement for hidden object games. By and large, they’re the kind of jumping peg, connect-the-pipes, and jigsaw puzzles that you’ve seen a dozen times before, but they are nicely tailored to the need to repair the ship. Connecting pipes makes sense when you need to pump sea water out of a room, after all, as does putting pieces of hull back together to patch a hole.

Unfortunately, bad choices make even these sections of the game tedious, frustrating, or both. A puzzle requiring you to fit pieces of filter together, tangram-style, was actually quite enjoyable – once you successfully deduce what the mini-game’s vague instructions are trying to tell you. And did we really need to touch the blowtorch to every single piece of broken hull to fuse them together? Really?

One thing that Nemo’s Secret has going for it is beautiful visuals. The underwater setting and The Nautilus itself are both gorgeous, and a lot of effort has gone into keeping items period-specific, which definitely adds to the atmosphere. It’s unfortunate that the animations of the characters, most specifically Nemo’s flapping mouth, are so lacking, because everything else is a treat for the eyes.

The core idea of Nemo’s Secret: The Nautilus, is a good one, but unclear instructions and uninspired puzzles sap much of the joy out of the experience. The graphics and the music are both quite pleasing, though, so if you can get past the minor flaws, you should enjoy your time in the briny deep.