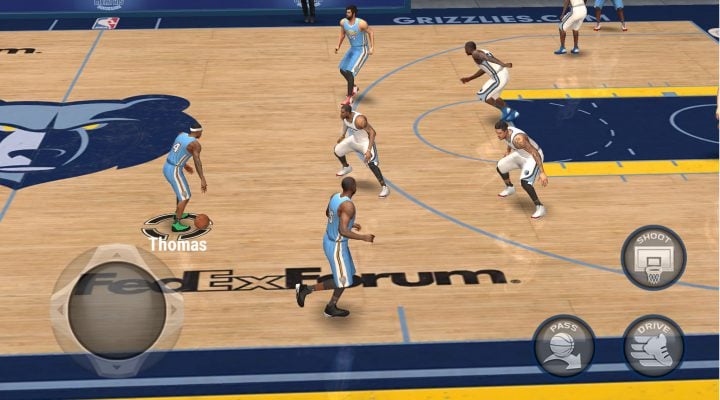 Looks and presentation are stellar.

Bizarre team requirements are a bummer.

Energy system is on the restrictive side for a current F2P title.

Sometimes it’s just a single design decision that makes you question an otherwise excellent mobile game. Consider NBA LIVE Mobile, EA’s latest stab at hoops on the go. It looks great and plays better than you’d have any right to expect. Yet one curious choice dampens the fun and ratchets up the level of frustration considerably.

In the interest of suspense, let’s start the discussion with what NBA LIVE Mobile gets right. Fully licensed by the NBA, it does a great job bringing the teams and players of the Association to life. Like a modified version of the Ultimate Team mode from EA’s console sports games, the idea is to build the best possible team out of a selection of scrubs (at first), superstars and basketball legends. A card-based system drives your hardwood architectural efforts, with a variety of packs available for coins earned during play.

Multiple game modes that encompass everything from individual shooting drills to recreations of memorable moments from famous NBA games means there’s no lack of things to do. The only problem is bumping up against the game’s unforgiving energy system, which essentially makes NBA LIVE Mobile good for only short play sessions. 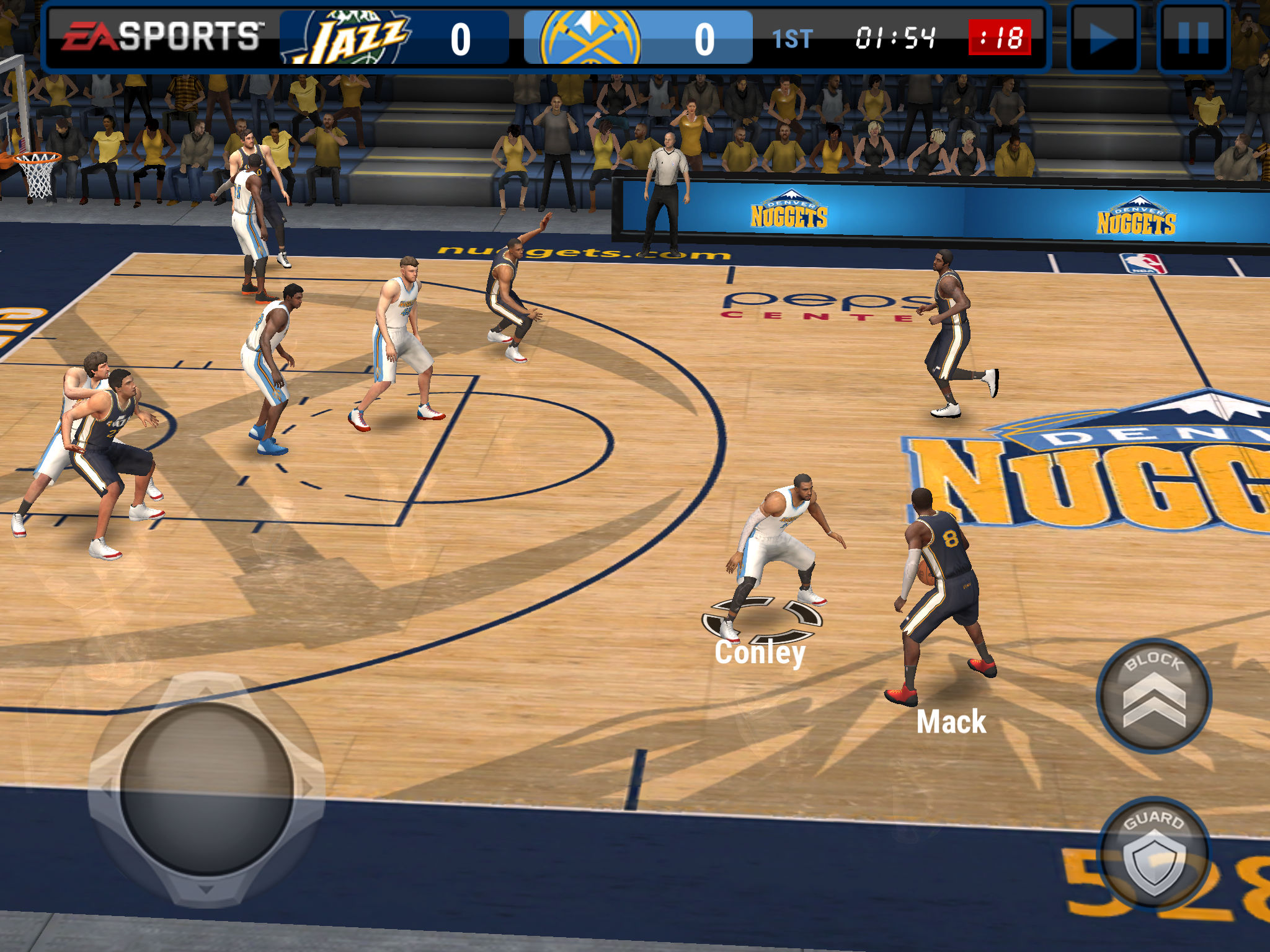 Multiplayer is handled in asynchronous fashion, with each user playing alternating quarters while the AI controls the other team. That might seem strange, but a similar system worked just fine for Madden NFL Mobile, and it’s just fine here as well.

The biggest and most pleasant surprise involves the controls, which utilize a virtual stick and buttons. That arrangement seems like it could be a nightmare for a sport as dynamic and fluid as basketball, but the developers deserve kudos for making it feel comfortable. The swipe from the drive button to the shoot button to pull off a dunk when closing in on the rim is especially intuitive, and most gamers will feel that the controls stand up to the pace of play with no big problems.

If only the same could be said for constructing a team, which again, is the crux of the NBA LIVE Mobile experience. When the game was in soft launch, it used a system of different situational lineups — small ball, defensive, shooting, etc. — with several spots where special players could be swapped in to provide bonuses. It allowed you to surround your stars with role players suited for specific purposes, which is more or less how successful real life teams are built.

For some reason, EA decided to go even further for the wide launch. Now every player can only be slotted into one of your five lineups. Instead of needing to collect around 15 players to have a team with no glaring deficiencies, you now need 25 of them. Also, I pity the phone of the person who manages to acquire, say, a Stephen Curry card and learns he can only use the two-time reigning MVP 20 percent of the time. 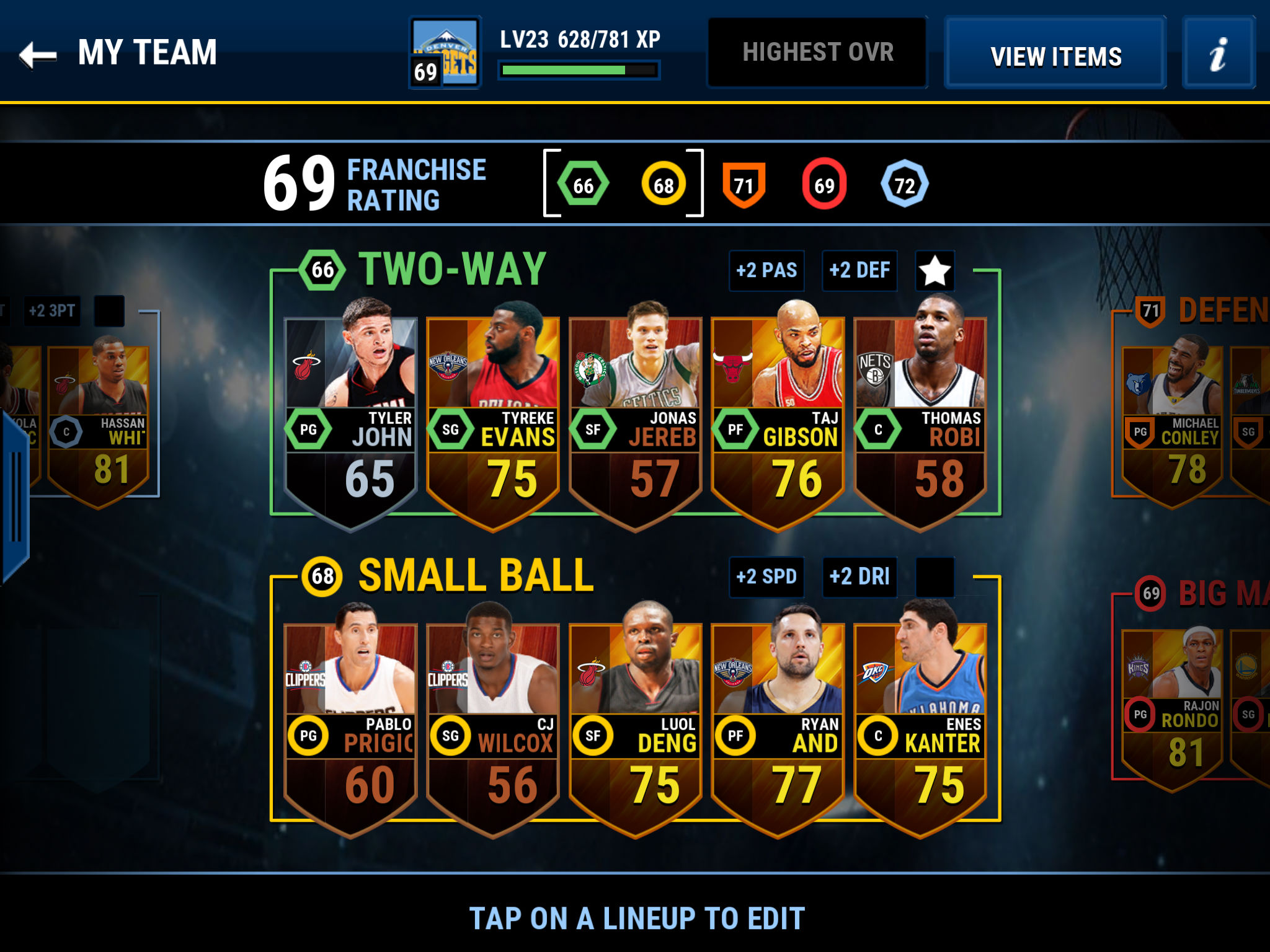 It’s true that structuring team rosters this way makes for more collecting opportunities, and there’s no question that it turns an NBA game into a team-building exercise on par with Madden. It’s just silly in the way it doesn’t mirror real life at all, and while it doesn’t seem to be hurting its acceptance — NBA LIVE Mobile shot right to the top of the App Store charts and has a four-star rating at the time of this review — one can’t help but wonder if the game would have been more fun if the devs had just left things the way they were.

If it doesn’t bother you that you’ll need to assemble the basketball equivalent of a small army, NBA LIVE Mobile is good fun, and unquestionably the best free NBA game on mobile right now. Hopefully future updates make it even better, even if it’s just revisiting that one move that’s hard to fathom.

Viridi Review: Wait for it