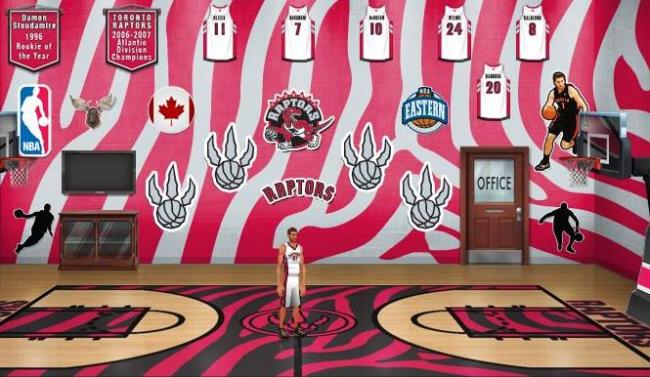 NBA Legend has definitely got the right moves

Slowly but surely all of the major professional sports are making their way to Facebook, and this time it’s basketball’s turn. Like its contemporaries, NBA Legend isn’t so much about playing the sport as managing a team. You can control your favorite squad and guide them through a season and the playoffs, while at the same time you get to create and manage your very own avatar. While it’s lacking the fast-paced action that makes the sport so exciting, NBA Legend is still a great way to get your b-ball fix.

You start by picking a team and creating a player. The team you choose will be the one you manage, and your created avatar will join the roster. You won’t have too many customization options initially, but additional choices will unlock as you progress. The main goal is to whip your team into shape through training, so that you can then have a better shot at winning games. You can do various types of drills, both individually and as a team. Individual training will improve your avatar, while team training improves your squad’s teamwork rating, which increases your chances of winning games. This rating decreases over time so you’ll have to stay vigilant about training.

Playing a regular season match costs game credits, which you’ll slowly earn over time but can also purchase with real world money. You don’t get to experience or even watch the games, instead you’re given a statistical break down of just what went down. You’ll be able to check out individual player statistics and, of course, the score of the game. Winning all depends on your skill level and teamwork rating, and you can also buy power-ups that boost specific skills for a limited number of games. There’s also a bit of luck factored in, though the results tend to be pretty fair.

There’s more to being an NBA star than just training and playing games. You are a star, after all. That means that you’re agent will be hounding you about endorsement deals and adoring fans will be clamoring for attention. The game uses a slick smart phone inspired menu system that lets you keep track of all these quests, which are suprisingly varied, forcing you to balance both the business and athletic sides of NBA life. Of course it wouldn’t be a Facebook game without a space to customize, so you’ll also earn money to buy both new gear for your avatar, as well as decorations for your training facility. 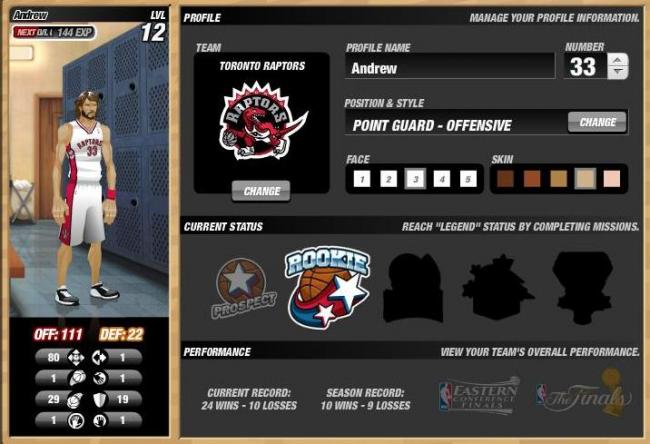 It’s pretty amazing how well NBA Legend manages to capture the pro basketball experience in spite of the fact that you don’t actually get to play a minute of the sport. From the character creation and team management, to the varied quests and customization options, there’s a lot to do and almost all of it is engaging. It’s a different way to interact with the sport than fans are probably used to, but it’s a great one.