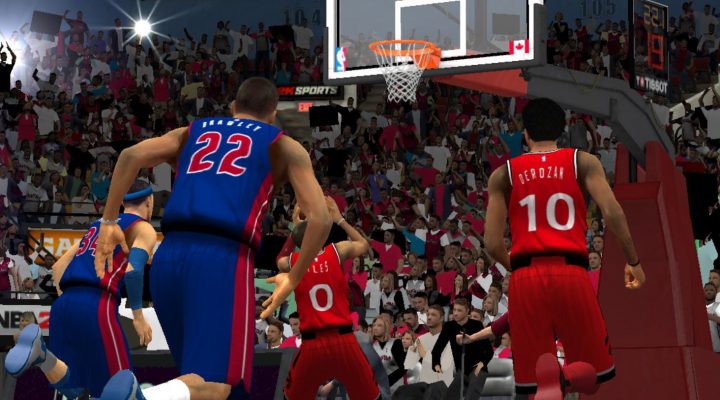 The connections component of My Career helps hammer home that being a good player, teammate and person ideally go hand-in-hand.

You can't pick your region or nickname.

Quarter length in My Career means you need to budget at least 15 minutes a session.

One of the most incredible things about that mobile games landscape is its comparatively democratic playing field. It’s harder for small budget indie games to grab the spotlight, but when it comes to those titles that quickly become the most beloved (or discussed in the schoolyard), it’s not unusual for a slither.io to be spoken of with the same fervor as a Pokémon Go! In some ways this can make it harder for a popular console game to really do mobile well — in many cases a port just isn’t enough.

Mobile was something the NBA 2K series really struggled with in early on, but with NBA 2K18 for mobile the game has not just found its stride but is has firmly established itself as the gold standard. 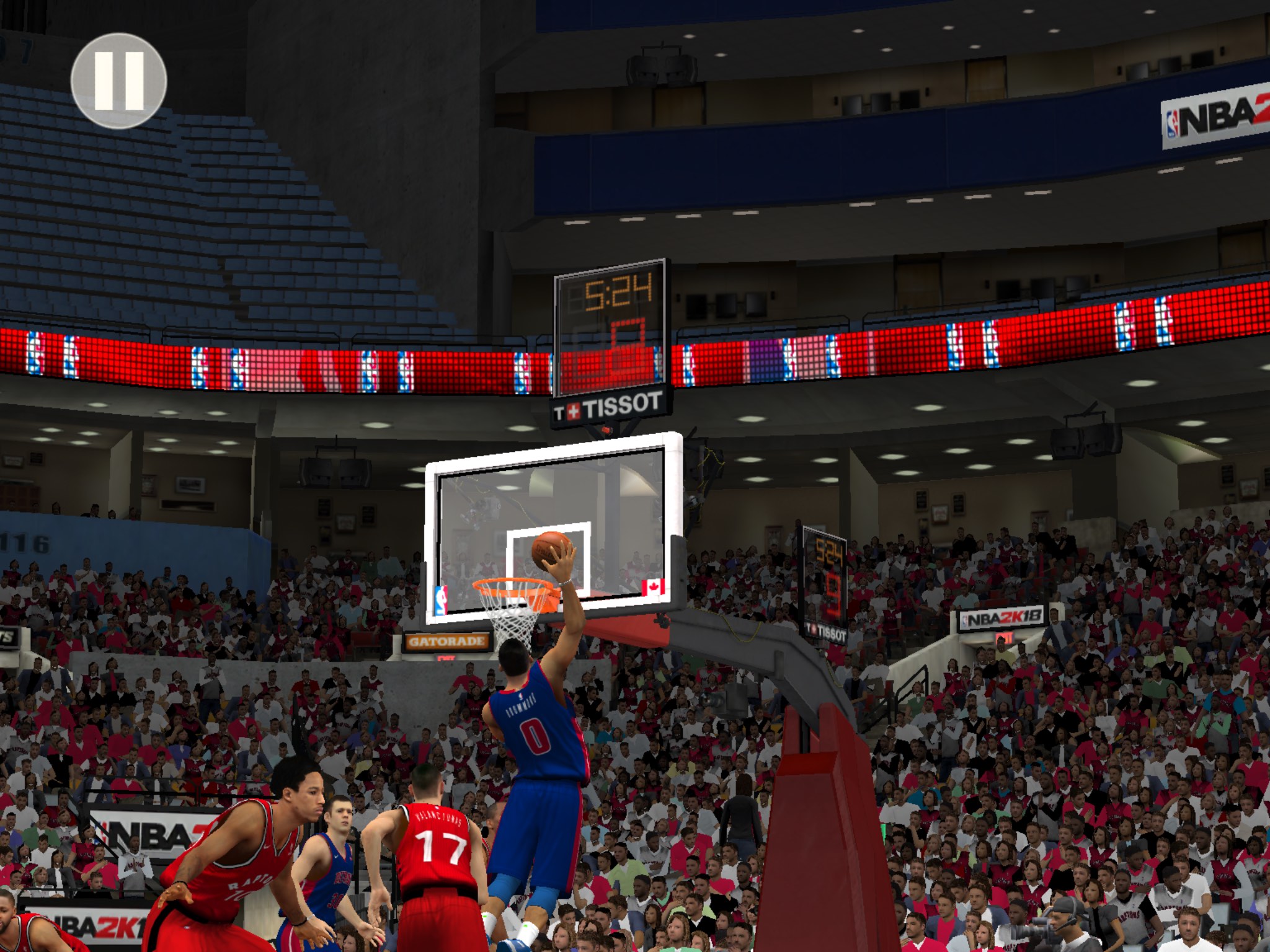 NBA 2K18 is the eighth 2K title for mobile and offers both the best playing experience and the most stable release to date. Where early mobile versions suffered from crashes and laggy gameplay, NBA 2K18 comes closest to feeling like a console game, even if that console is more PS2 than Xbox One.

At the same time, there’s no question that NBA 2K18 is what a professional basketball simulation game should feel like on the mobile platform. It isn’t competing with the hundreds of other basketball themed games on the mobile market, it’s carving it’s own niche, competing largely against itself — and we’re all winners for it. 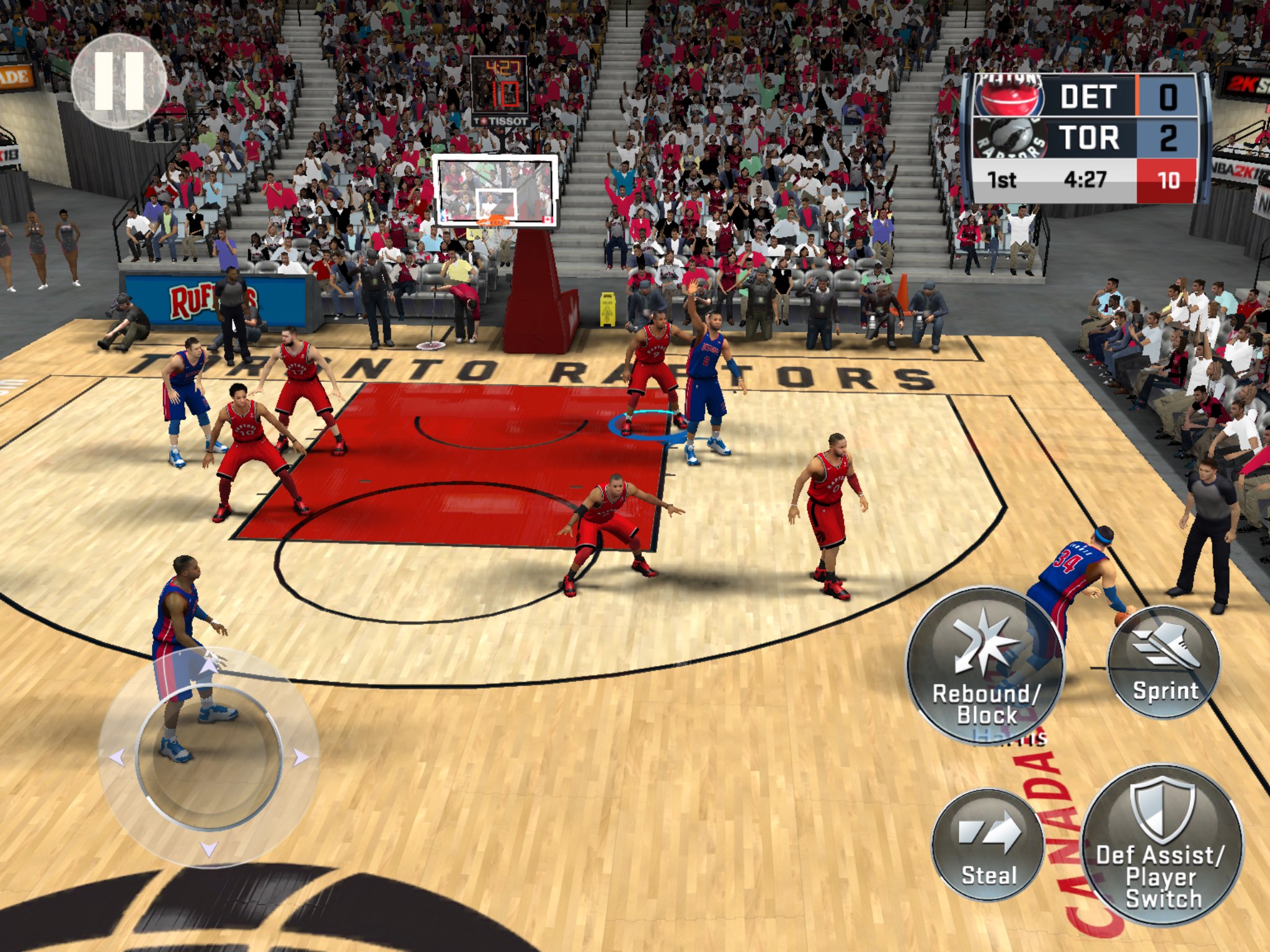 The closest point of comparison for the 2K series and NBA2K18 specifically is NBA LIVE Mobile Basketball. But where NBA LIVE is free-to-play and has to rely on generating in-app purchases, as a (higher-end) premium game NBA 2K18 is able to offer a different experience (even if there are in-app purchases available). While it’s true that NBA 2K18 has better graphics and music, it’s really like apples with oranges. Both are fruit. Both are delicious. Yet, they still taste entirely different.

On the topic of the game’s graphics, NBA 2K18 is the most realistic basketball game on the market, though players are unlikely to notice a substantial improvement over NBA 2K17 or NBA 2K16. This in itself a testament to how hard the 2K team has worked over the years to ensure mobile isn’t just some afterthought. Though the undershirts many of the players now wear often appear torn in the cut-scenes, if this is the strongest criticism that can be levied, they’re definitely doing something right.

NBA 2K18 is able to offer the same killer soundtrack on mobile as it does with the console game. From Kendrick Lamar’s mega-hit ‘Humble’ to French hip-hop troublemaker Take a Mic’s ‘4 Vérités’ (‘Four Truths’) it’s the kind of soundtrack that makes you never want to put the game down. Fortunately, 2K Sports have made the soundtrack available on Spotify for those who like to mix up their mobile ballin’ with hitting the court in real life.

Much of the hype leading up to the release of NBA 2K18 for mobile centred around the richer My Career mode. While it’s true that improvements in scripting create a more immersive and realistic experience, there’s a couple of oversights in the player creation process that can be irksome. 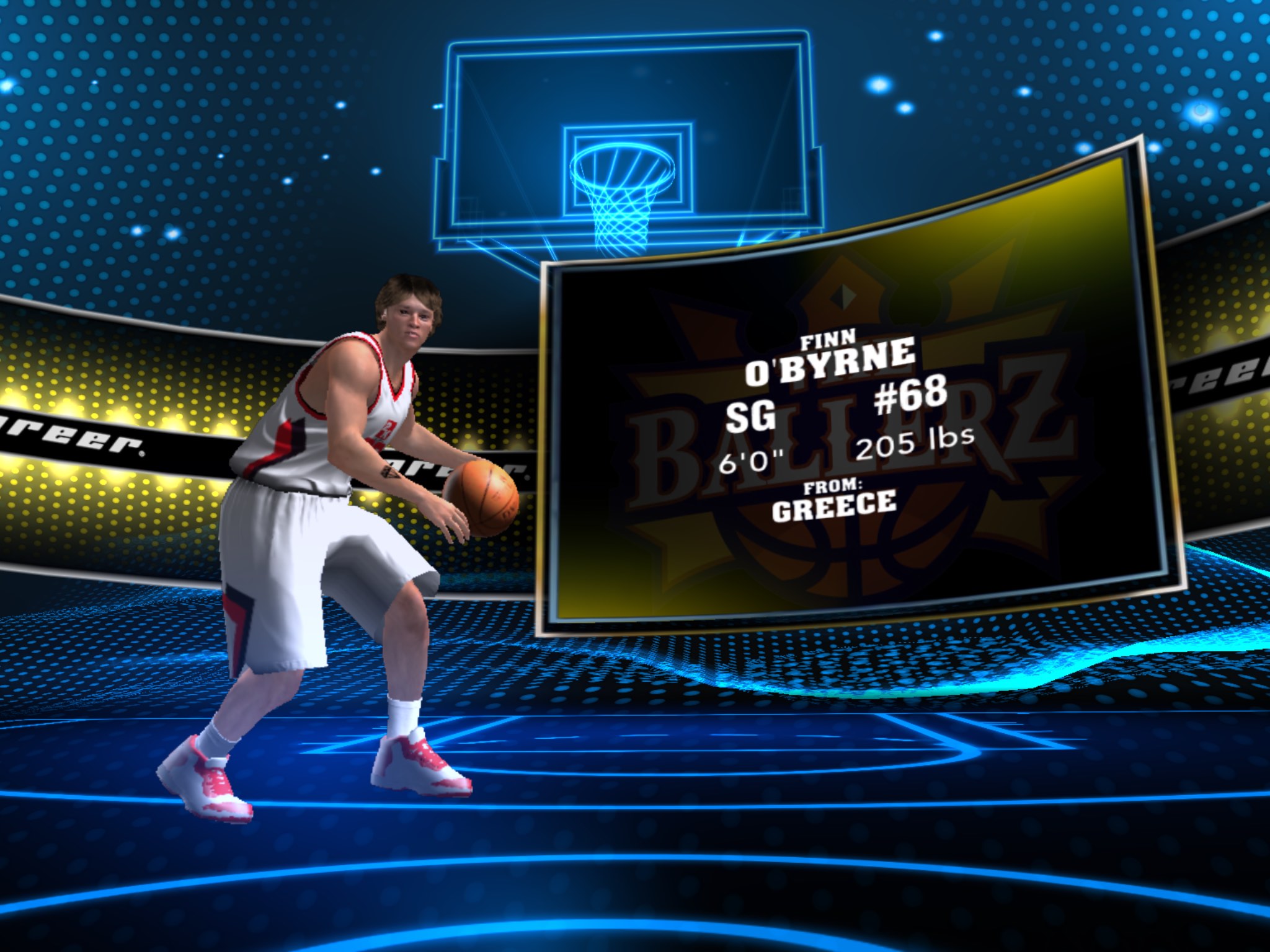 For example, we seem to have lost the ability to pick what region the player is from, something that’s really quite basic (even more so than the randomly generated nickname). Keeping in mind the reality that it’s only possible to create a male player and there’s no WNBA game available, part of the fun of creating a custom player is to create someone that you imagine you’d be a little bit like if only you had made it to the league. While sure there might be a Finn O’Byrne from Greece, it might also be the case that his creator very much imagined him as being from Ennis, Ireland.

What was less hyped, but many players might find more interesting is the expanded association mode which plays like the dynasty and franchise modes in other console sports games. Association mode lets you take control of a team across multiple seasons. While you can turn much of the decision making over to the computer, at its most user-dictated you’ve got control over scouting, trades, who’s in the game (and when) and your game strategy. Think you can do a better job rebuilding the New York Knicks than Scott Perry? Prove it.

For those who have been playing sports games for decades, association mode offers the closest thing on mobile to that type of classic simulation and playing experience. Though, players should be warned, NBA 2K18 can be a bit ruthless when it comes to denying trades you propose. 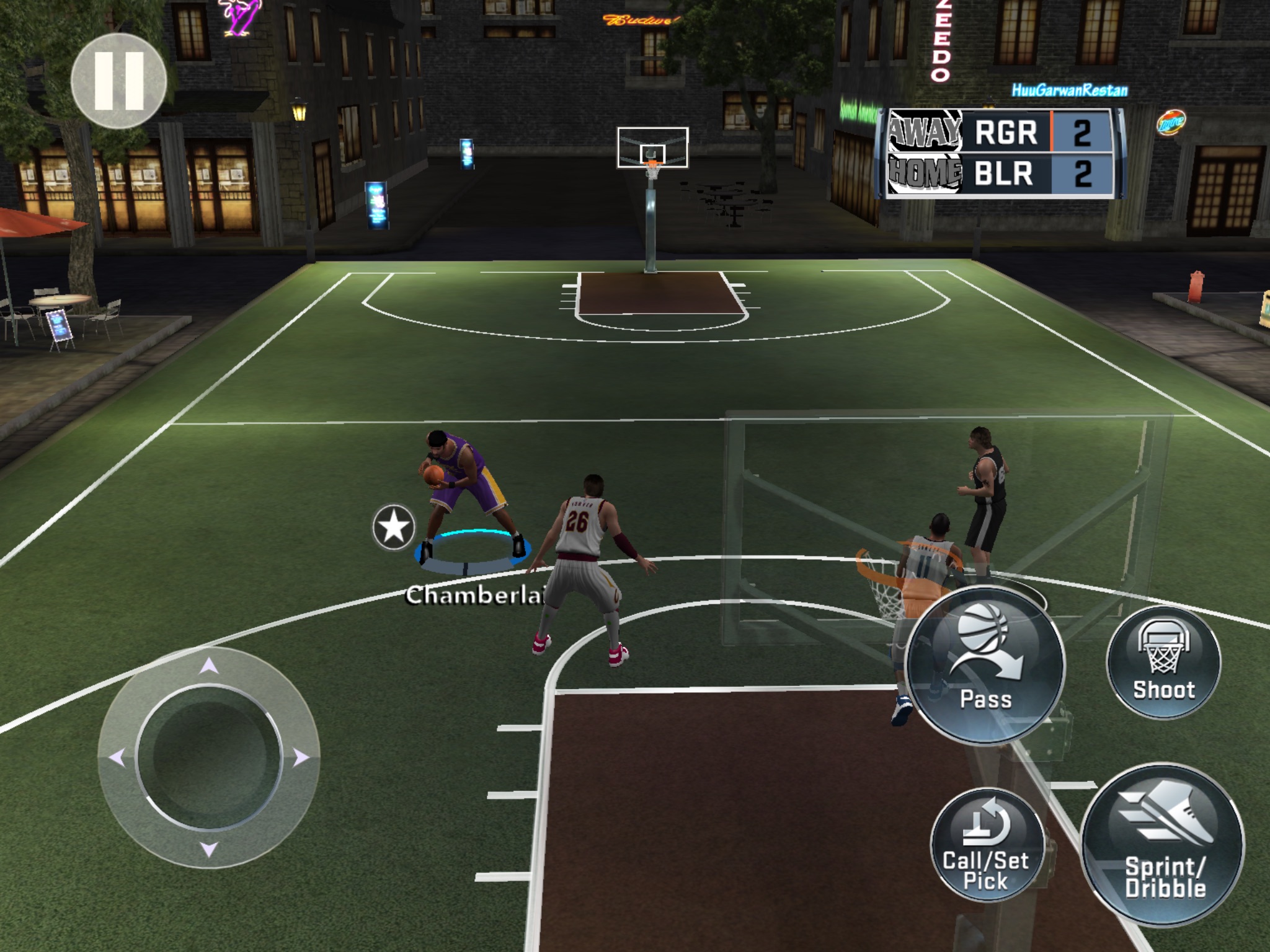 There’s also a blacktop gameplay mode that will let you team up with NBA legends of the recent and distant past. For the more nostalgic among us looking for the NBA Fantasy Camp experience without breaking a sweat, this is probably the closest you can get.

When NBA 2K18 is considered on the whole, it represents another significant step forward in terms of a realistic, authentic and rich basketball experience. There’s still room for improvement — the disappearing undershirts, pick your own country, and maybe even a slightly more forgiving teammate rating in rookie mode — but on the whole it’s the best NBA experience you can have for mobile.