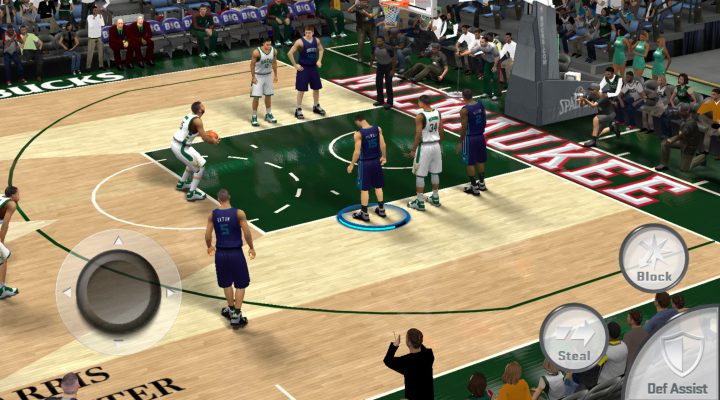 More modes and overall content than any other mobile sports game out there.

Feels a lot like the real game of basketball.

Controls don't always feel like they can keep up with the action.

On the pricey side for a mobile game by any standard.

Who knew that after 2K released My NBA2K17, which serves as both a standalone card game and a companion app for the NBA 2K17 console game, that the company was going to release a more or less complete version of NBA 2K17 for mobile devices as well?

Actually, we probably all should have guessed that, because 2K had done similar things for its basketball and hockey franchises in the past. Where it’s chief sports video game competitor (that’d be EA) has more or less abandoned making full-on mobile ports of its console titles, 2K deserves credit for even attempting to pack all of NBA 2K17 onto phones and tablets. If it only handled a little better on the court, this would be a dream come true for hoops fanatics.

Your basketball journey begins, as it does on consoles, with the creation of your MyPLAYER. The game includes many options and tweaks to make it look as much like you as humanly possible (even including things like my fading hairline, which I’m not necessarily convinced is a good thing), though you can’t scan your actual face into it. 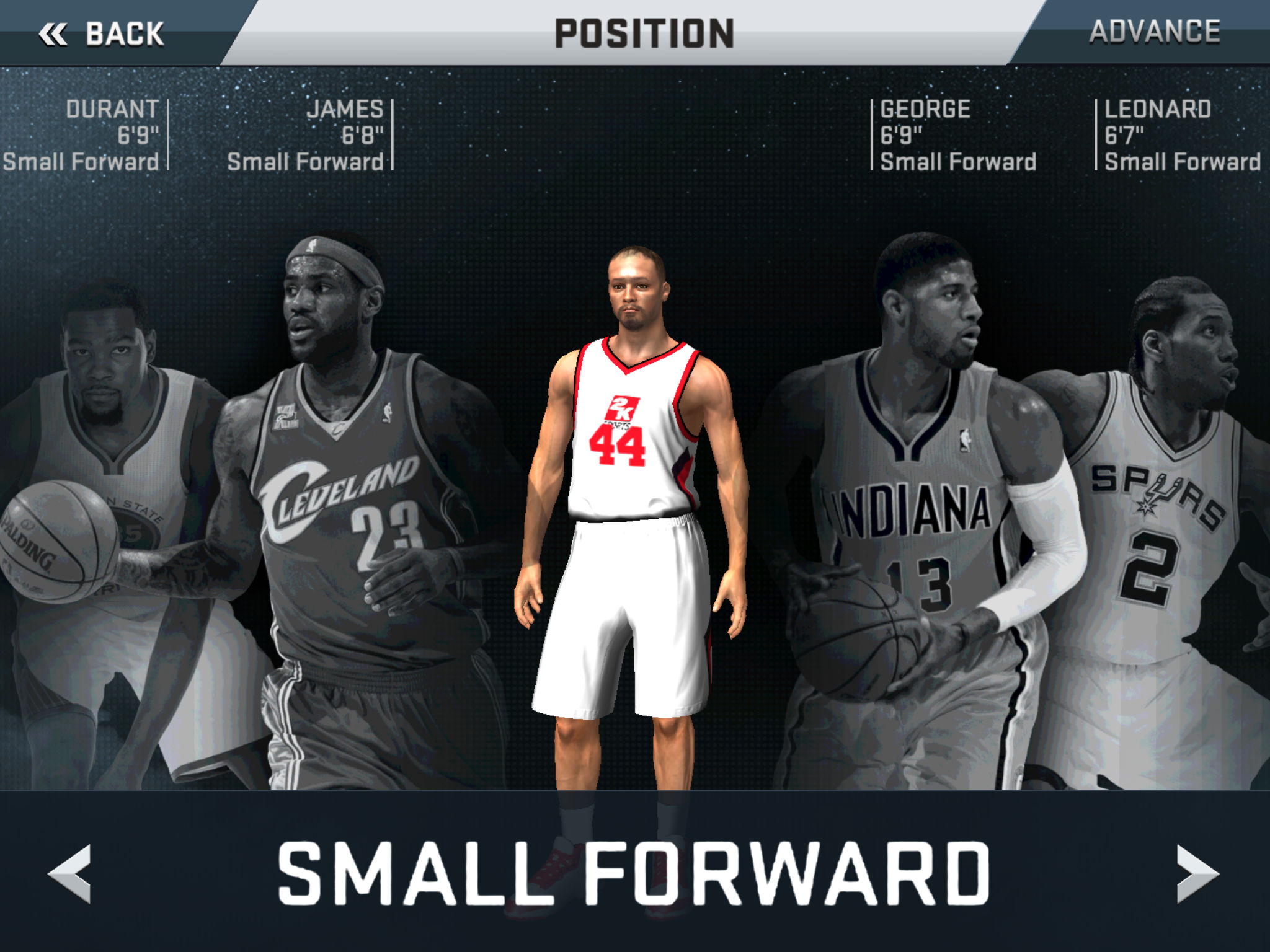 Once he’s complete, your MyPLAYER represents you in the game’s centerpiece mode, MyCareer. The ultimate single player/career mode, it allows you to show your stuff in college — though in just four games, so you have to make every one count — before hopefully getting drafted high and going on to conquer the pros. Because you only play the parts of each NBA game where you are on the floor, it’s possible to get through a bunch of games faster than in a normal season mode.

And while it lacks the Hollywood story elements that MyCareer features on PS4 and Xbox One, that’s not necessarily a bad thing. Stripped of the narrative elements, you can focus strictly on improving your player via drills, and there are still plenty of decisions to make off the court that affect how you progress. 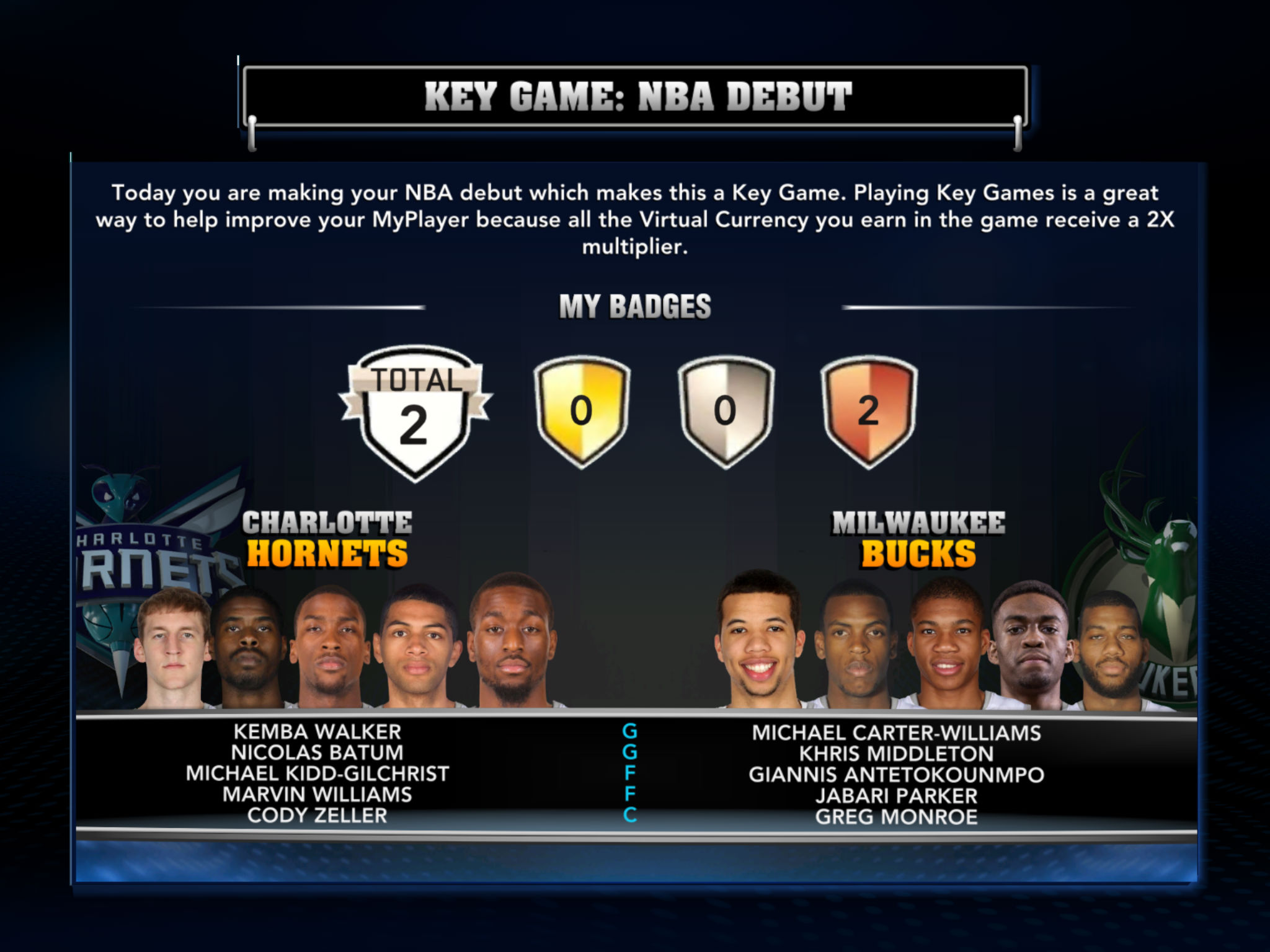 NBA 2K17 also packs in a Blacktop mode where you can take your MyCareer player onto the outdoor courts to challenge other human opponents, Quick Games for jumping right into some NBA action, and a full Season mode for a run at the NBA championship with your favorite team. It’s hard to think of another mobile sports game that has nearly this much content.

Of course, that means nothing if the actual on-court product is lackluster, but that’s not the case here. Not only have 2K and Visual Concepts China made a nice-looking basketball game, but it’s one that actually plays a lot like the real thing. Forget just forcing your way through the opposition; you’ve got to move the ball around and look for open shots to score while also hustling on the defensive end. Sort of like real life, that.

The controls are also simple enough to grasp, with a virtual stick on one side and a group of buttons on the other. A dedicated defensive assist button is especially nice, as it cam keep you in more or less proper defensive position just by holding it down, saving you from some of the hassle of constantly chasing your assigned opponent all over the place. 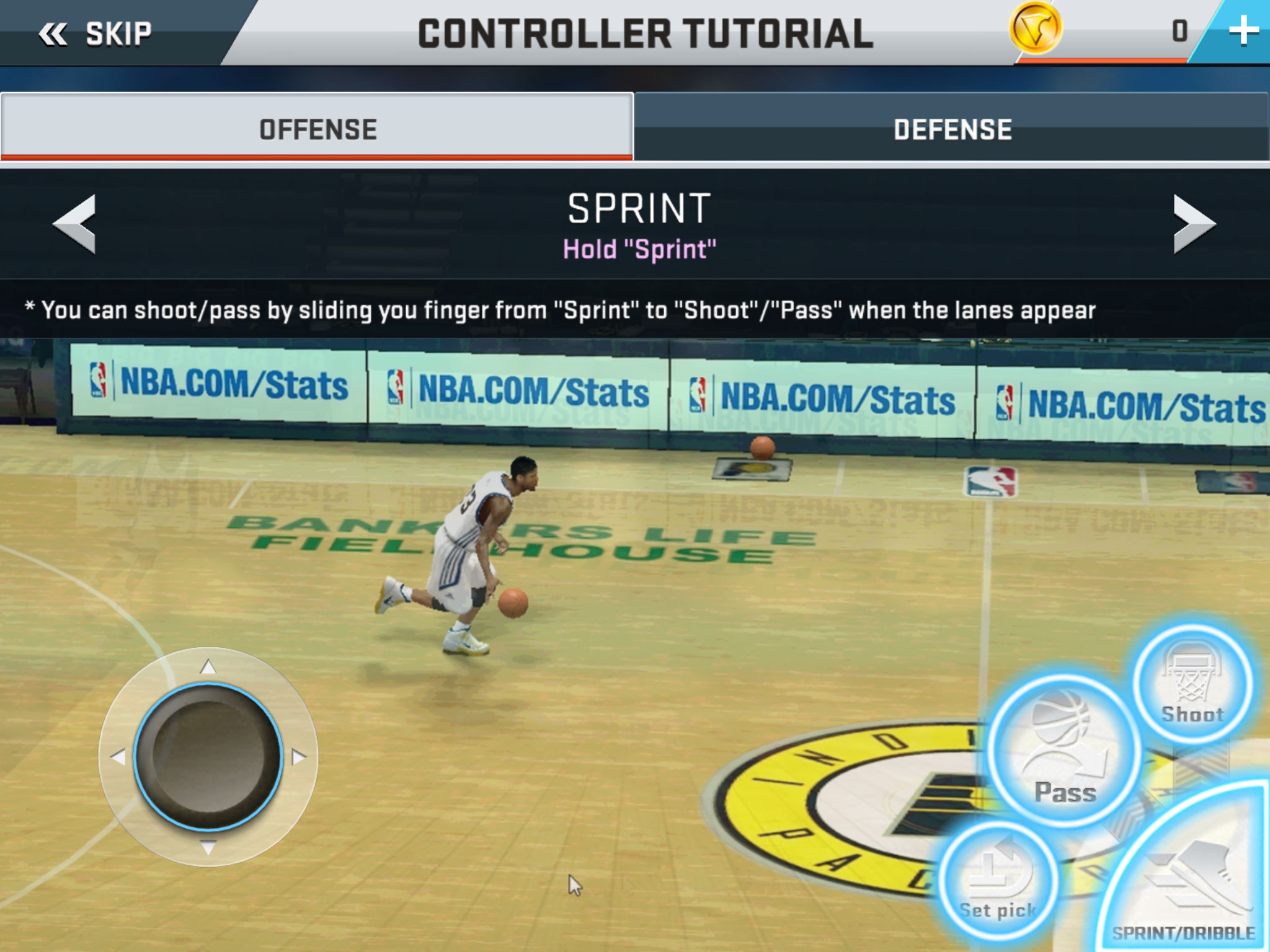 Unfortunately, that’s necessary because the thumbstick doesn’t feel precise at all. It’s more difficult than it needs to be to start and stop right where you want, and movement is just too floaty (if that’s even a word) in general to feel confident on drives to the basket — which is too bad, since they’re generally finished by some great animations. NBA 2K17 also falls victim to some of the quirks of its console cousin, getting stuck in some canned animations when you bump into other players or lose the ball temporarily that last longer than they should.

Controller support gives you the alternative needed to put you back in command, but ideally it would be an option and not a necessity. Since control preferences are somewhat personal, it’s still easy to recommend NBA 2K17 for its impressive overall package despite that one caveat, but since it’s a fairly expensive premium game, you may want to test it out on a friend’s device first before you go all-in on a purchase.

Dark Parables: Jack and the Sky Kingdom Review – Jack of All Trades