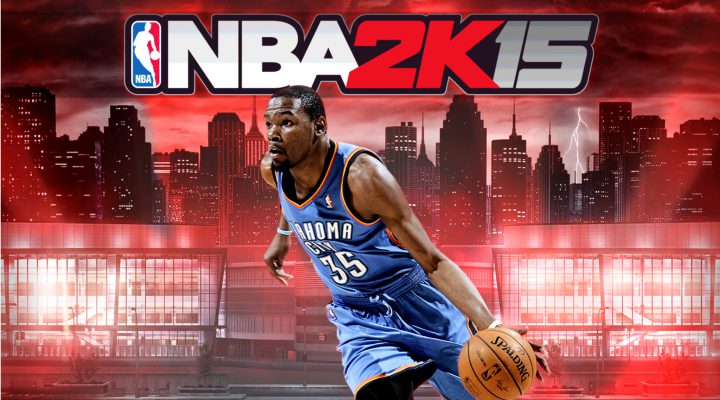 MyCAREER mode is impressively full of features and NBA flavor.

If you don't like MyCAREER, you're pretty much out of luck, as there's no Season mode.

Controls are an issue, especially on the defensive end.

In-game crashes can be extremely frustrating.

If you’re not a sports fan, you might not be familiar with the term “upside,” but it means the potential for an athlete to develop into a star. NBA 2K15 has plenty of that, as it’s one of the most ambitious attempts to date to bring a console-quality sports game experience to mobile. For now, though, it’s more like a rookie who gives you flashes of brilliance between turnovers, as its shortcomings are still way too apparent.

Let’s start with where this game shines. In terms of presentation, there’s never been another mobile sports game like this. Visual Concepts China and 2K make it feel like you are watching an actual NBA broadcast during the gameplay, complete with graphics, real world sponsors and a wide variety of animations. Players look great — if you’re a hoops junkie, you’ll be able to recognize all the stars from their faces and the way they move on the court — and the gameplay is fluid and actually feels like real basketball, perhaps the trickiest of all major sports to translate to video game form. The soundtrack, curated by Pharell Williams, is a real treat. 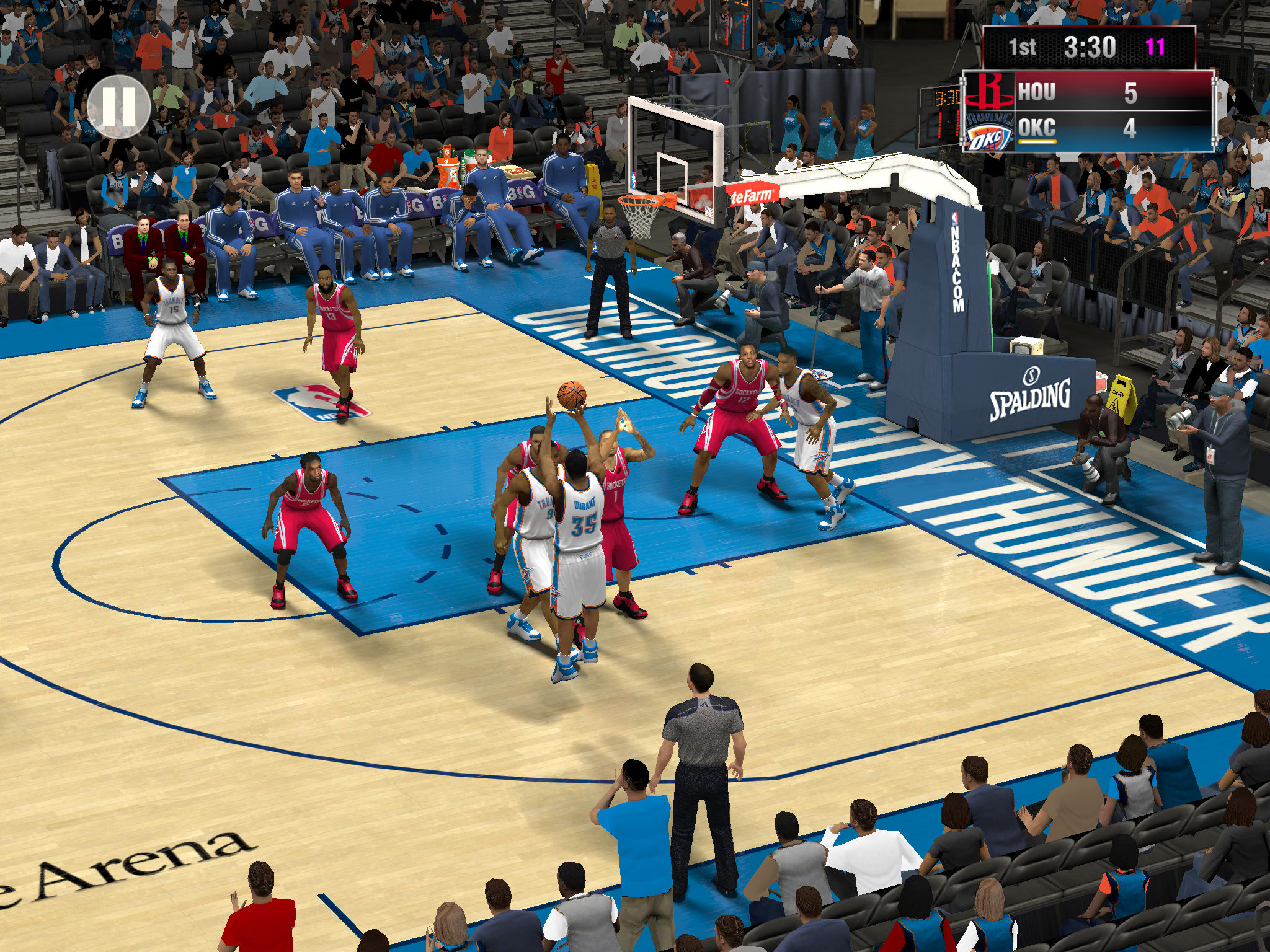 The MyCAREER mode is also a highlight, allowing you to create a player (like yourself, for instance) and take him from a rookie showcase against real life 2014-15 rookies, through the NBA Draft process and into the association. Unless you absolutely ace the showcase, you have to work your way up the rotation based on your performance and how good you are as a teammate. You can also check out fan reaction on social media, answer challenges from other players, deal with endorsements and more. As career modes go, this is a good one.

And you’d better enjoy it, because that’s almost all NBA 2K15 has to offer right now, aside from Quick Games between real NBA teams. The Season and Blacktop modes are both listed as “Upcoming,” which would be acceptable if people weren’t paying a premium price for this. A sports game without a Season mode, even on mobile, is borderline inexcusable in 2014. 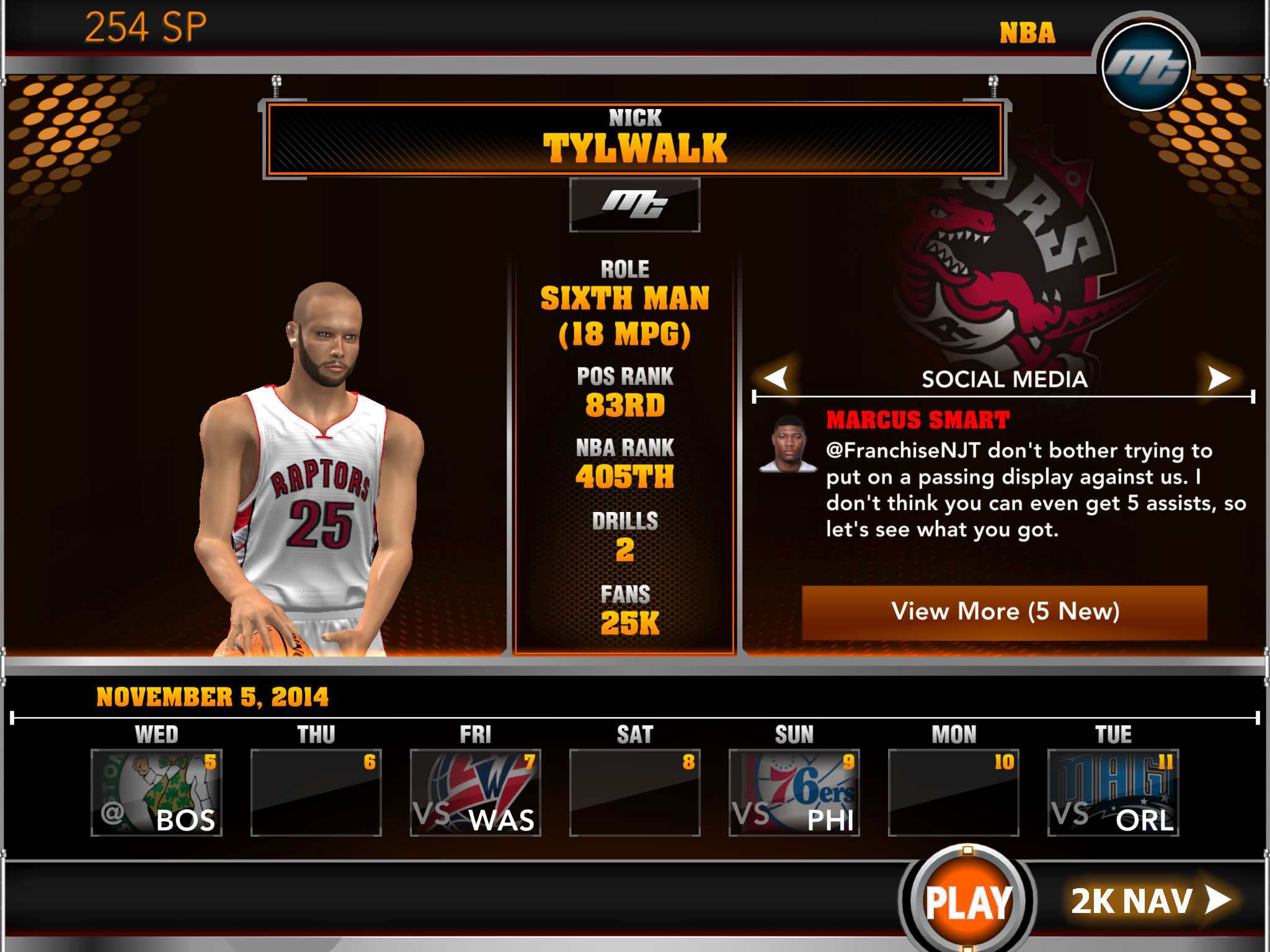 It’s also not quite as much fun to play as it should be due to control issues and game crashes. The former is a big reason why console sports games often have a hard time moving to phones or tablets, and this one chooses to tackle controls with the dreaded virtual stick and button combo. The stick simply isn’t responsive enough, especially on defense, where you constantly feel like you’re scrambling around. Ironically, the game’s resemblance to real life basketball actually makes this problem work, because you need to hustle on D, and the controls simply won’t allow it. Gamepad support is nice, but it shouldn’t be mandatory, and that’s the way it feels.

I also had multiple instances of mid-game crashes, and while many games have them from time to time, they’re just killers when you are in the middle of a MyCAREER game. Your progress doesn’t get saved until the end of each game, so if things go black in, say, the middle of the third quarter, sorry — you’ve got to relaunch the app and play the game over from the beginning.

I’m guessing updates may solve all of these issues in time. The Season and Blacktop modes will arrive and make it feel like there’s a lot more to do, and whatever bugs cause the crashes will eventually get squashed. Maybe it’s even possible to tweak the gameplay so the controls aren’t as much of an issue. The thing is, we have to review what’s in NBA 2K15 right now, and it feels like an incomplete product at the moment, especially for what people are being asked to pay for it. It’s got upside, no doubt, but like that highly drafted rookie that tests fans’ patience, the question is how many people will stick around waiting for it to pan out.

My NBA 2K15 Review: You Got Hoops In My Card Game!