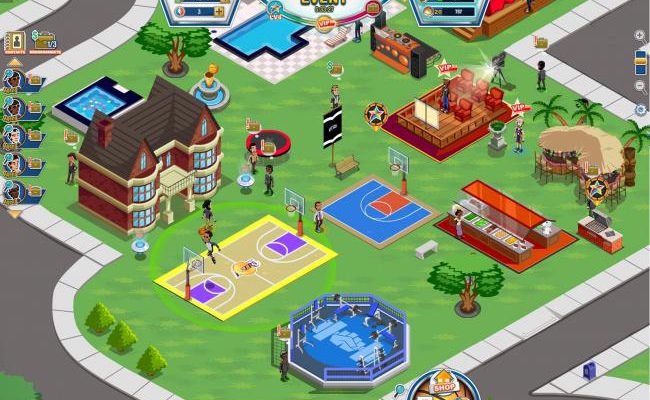 Who knew how little actual basketball took place in the life of a basketball player?

I’ve been wishing I was a little bit taller and that I was a baller since Skee-Lo first hipped me to the idea in the mid-90s, but I’ve never been able to live the life of an NBA basketball player. Now I can, and you can too – or at least what Fifth Column Games thinks it might be like, thanks to NBA 2K MyLIFE for Facebook. Apparently it involves very little basketball. Who knew?

Before we get into it too far, it should be noted that there is a larger purpose to NBA 2K MyLIFE, which is to link up with your MyPLAYER account in NBA 2K13 to earn extra virtual currency and fans. Don’t have one of those? You can create your own rookie hoops star just for Facebook and play it as a standalone game as well. You’ll pick your player’s initial appearance and automatically be drafted to your favorite NBA team. 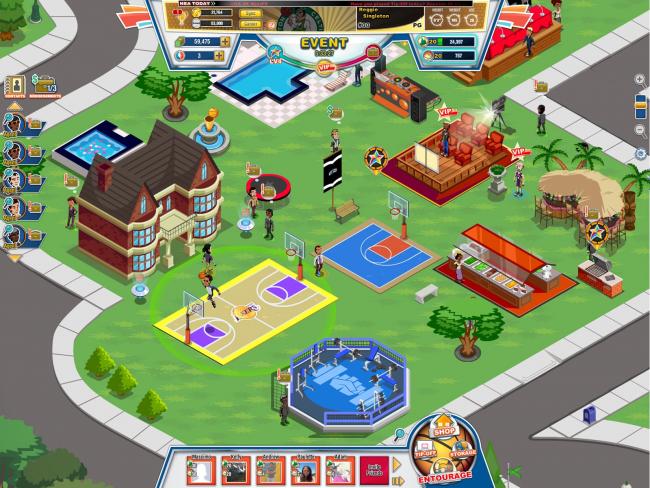 The gameplay revolves around trying to hold events to impress the greatest number of VIPs and normal fans. Doing so increases your Rep, which in turn will allow you to buy a bigger house, get more expensive clothes, attract even more famous VIPs. All of that helps you host even better events in a kind of extremely materialistic virtuous cycle.

Each event runs for six hours (of real life time), during which you have several tools to boost the level of excitement. Some buildings and items, like a basketball court, a grill and a DJ booth, can be clicked on at specified intervals. Each structure generates excitement, Rep, Skill, or some combination of the three. You can also interact with fans or VIPs at certain times to generate small doses of additional excitement. VIPs give you more since they’re better than us commoners.

A meter tracks the excitement level at the top of the screen. Reaching the halfway point of each level automatically brings in another VIP guest, while leveling up completely summons an agent with an endorsement deal. You can have up to three endorsement deals working at any given time, and they pay out extra cash or Rep at the end of their allotted durations.

Many VIPs are actual NBA players, some of whom will challenge you to dunk contests. Your Skill comes into play here, unlocking more dunks as you progress. The contest itself is fairly lame, consisting of just a single jam for each player. A meter pops up twice during each attempt, and you have to stop it as close to the center as possible for a higher score. The last judge always seems to hose you with a ‘4’ no matter how well you do. You’ll get rewards win or lose, but they’re better when you win. 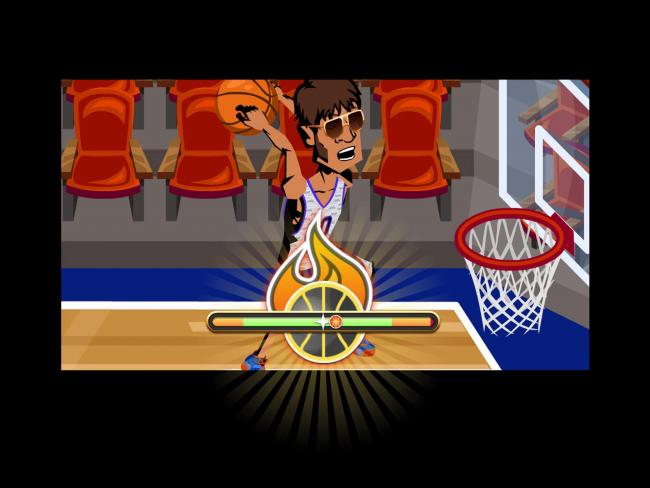 If you aren’t happy with the VIPs at your event, you can summon more from your book of Contacts. Every time you interact with a VIP, your friend level with them goes up slightly, eventually going from Acquaintance to Friend to Best Friend. Acquaintances can be emailed and will probably snub you. Calling a Friend will always succeed, and Best Friends can be added to your Entourage, where they will pretty much hang around you all the time.

But is NBA 2K MyLIFE actually a social game? It’s debatable. Sure, you can add friends to see how they’re progressing, but you can’t actually do anything with them. No gifts, no visiting their homes, nothing.

That means your buddies can’t enjoy the animations, which are probably the best part of the game. Your player actually signs autographs for fans, mans the DJ booth, juggles fire at the tiki bar (probably not an insured activity under NBA contracts) and flips burgers at the grill. At least he does when he’s not getting stuck being walking under something – the collision detection is almost non-existent – or getting stuck behind people. Amazingly, there are even control issues, as the game simply refuses to acknowledge clicks at times.

I feel like I’m forgetting something.. Oh yeah, basketball! You can play one game every day (18 hours for you nitpickers) in a very shallow simulation. You get to pick from four tactics each quarter, with hints coming from your coach. Win the game and you get rewards, lose and you get less. It’s fairly pointless unless you also play NBA 2K13.

And really, that’s a good way to sum up NBA 2K MyLIFE as a whole. If you play the console game, it’s an easy way to earn some extra bonuses while browsing Facebook. For everyone else, it’s amusing for a bit, but it’d be hard too many people getting hooked in the long term.

Tony Tough and the Night of Roasted Moths Review