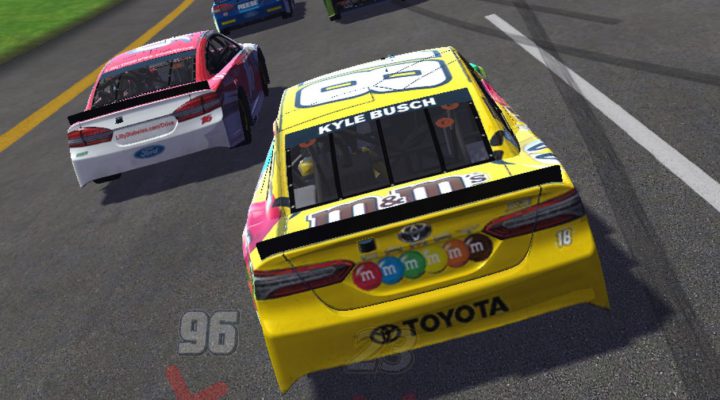 All the real life NASCAR drivers and tracks are here.

City-building element is unexpected but welcome.

Cars handle and move strangely in some situations.

No impressive wrecks or damage models.

Restrictive energy system and a lack of features overall.

NASCAR might not be what it once was, but it still has an audience of millions. With that in mind, it’s pretty surprising that there hasn’t been an official NASCAR mobile game since NASCAR Manager a few years ago. The stars of stock car racing have popped up in other racing games here and there, but NASCAR Heat Mobile is the first attempt in some time to bring all the drivers and tracks to phones and tablets, and it even comes with a dash of city-building to raise an eyebrow or two.

The game is a product of 704Games, the company that has the license to make NASCAR games for consoles, and experienced mobile hands Firebrand Games. You might think it’s a good thing that the console guys are doing the mobile game too … until you consider that NASCAR Heat Evolution isn’t exactly universally beloved by gamers, mostly because of its lack of features. 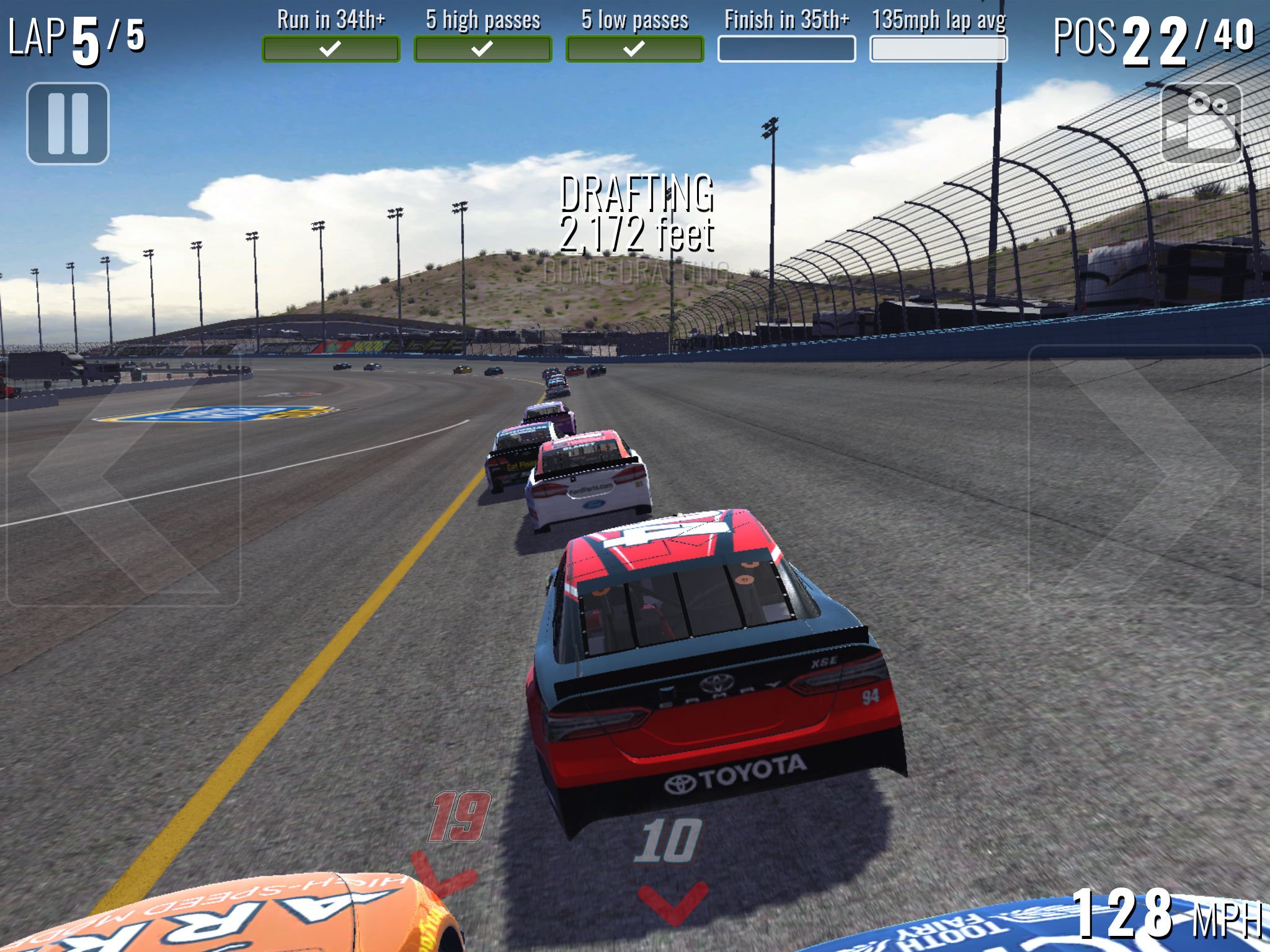 Happily, NASCAR Heat Mobile isn’t a port but is entirely its own thing. What makes it stand out from other stock car games and racing games in general is its city-building element, where you construct a Fan Zone to generate resources. You can then pump those back into the performance of your fledgling race team, doing more research to improve different aspects of your car. With enough money or gold coins (the premium currency), you can even secure the services of an impressive number of real life NASCAR drivers, whose cars come with many upgrades already in place.

The actual racing gameplay has been thoroughly done over in stereotypical mobile style, for better and for worse. Beginning with the Daytona 500, you get to tackle all of the actual Monster Energy NASCAR Cup Series races one by one, unlocking new tracks as you go (each of which requires a small download, so this could be pretty hefty in the memory department when it’s all said and done). Each race is only a few laps, but there are considerations made for track length — so you might do only four laps at Daytona but 10 at Bristol.

While your goal is obviously to win every race if possible, you also get five objectives to hit, things like passing a certain number of cars, drafting for a specific distance or achieving a high average lap speed. These are fun to shoot for when you don’t have the equipment to run up front, but they’re also mandatory, as you earn stars for hitting objectives and need those to unlock later races.

On-track action is a mixed bag. The cars and tracks look tremendous, but they sometimes move in herky-jerky fashion, and the bump drafting can be laughable at times. The wrecks also aren’t very impressive, and the developers didn’t put much effort into damaged vehicles. On the plus side, the controls are pretty responsive, and there are options to use either tap or tilt controls for steering.

What NASCAR Heat Mobile is missing is a sense of the bigger picture. I didn’t have a chance to play through an entire season’s worth of events during my review time — which would take a while since there’s an energy system that prevents you from simply playing race after race — but it doesn’t appear there is a points battle or anything resembling a season or campaign mode. The social features are also bare bones, as you can visit your friends Fan Zones but can’t do anything of note while you are there. 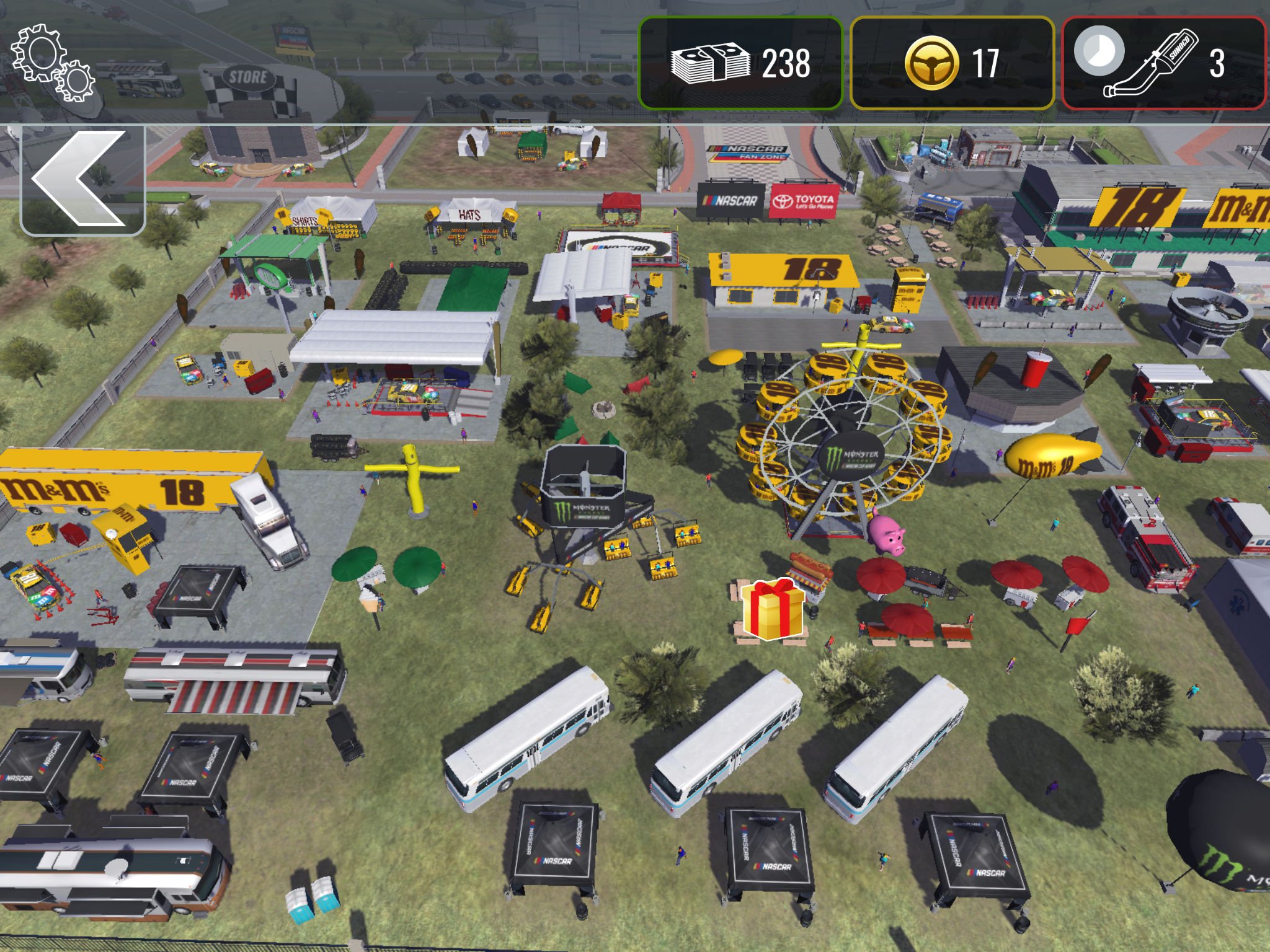 In the end, this is a game that feels like what it probably is: a decent enough first effort in carving out something new in a sub-genre that had been empty for a while. It might take some time for a really great licensed NASCAR mobile game to come around, but it’s at least possible that it will be a future iteration of this series, which is something you couldn’t have said about any title for years.