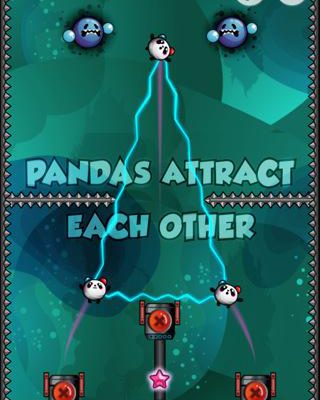 When it comes to your average iPhone puzzler, the concept of teamwork is a rather alien one. Such is the size of the device at hand, that the idea of working with someone else to complete a challenge never really enters the phone’s vocabulary. Nano Panda might be yet another one man affair, but it does have teamwork at its heart. Problem is, it’s a less an example of a problem shared being a problem halved, and more a case of double trouble.

If you take Nano Panda‘s curious setting apart – which, for reasons unknown, sees you controlling a pack of pandas looking to rid the world of all its atoms – the foundation behind the game is initially straightforward.

You release said pandas individually from a series of chutes around the level. Launched one at a time, the pandas simply head straight out, maintaining a flat trajectory until they inevitably hit the spikes that adorn each of the level’s four walls.

Things get interesting, however, when more than one panda comes into play. Then, each one becomes magnetised towards the other, with the bonds that form between them causing them to alter their path and shoot off in all manner of directions. The more pandas launched into the level, the bigger the shape they form and the more manic its movement.

The idea is to time their release so that the connections that form between the pandas force them towards the evil atoms that adorn each level. Contact is enough to wipe them from play and, indeed, you’ll need to rid the stage of each and every atom to progress.

The levels themselves are naturally designed to make this increasingly difficult, with many requiring you to release the pandas at set, specific intervals to ensure you devise a path that sweeps up each and every target. Indeed, at its peak, Nano Panda is a game that lives and dies by very fine margins.

Bonus stars also decorate the stages and are often located in particularly tricky spots. While at first they might seem entirely out of reach, they do give reason for replay, with those chasing a perfect score able to return and right any wrongs chalked up in previous attempts.

The problem with all this, however, is that Nano Panda never really finds its rhythm. The usual structure for such a puzzler would be to provide the player with something of a learning guide: each mistake painting a picture as to just how the pandas react in different situations, enabling you amass a wealth of knowledge you can tap into when the levels get a touch trickier. 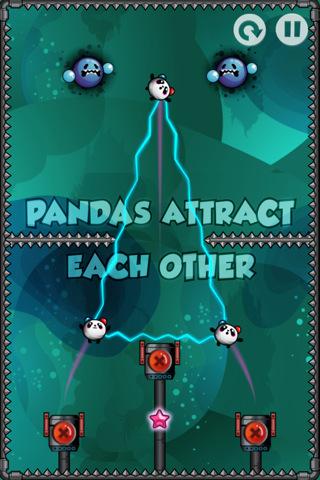 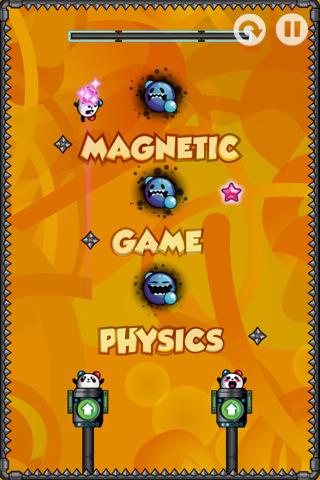 Nano Panda never strings its stages together in such a manner. Instead, the levels exist as separate entities, posing unique challenges that are never really expanded upon at a later stage. That’s fine for those who, perhaps bizarrely, have a natural aptitude for steering pandas towards atoms – but for the majority, it simply results in a lot of head scratching.

Of course, it’d be very easy to read that as kicking the game for not being easy, but in truth, it’s simply an acknowledgement that Nano Panda feels as if it’s been put together by a team of developers flooded with different ideas, rather than one or two attempting to realise one clear vision.

The end result is a puzzler that rivals any when it comes to pure difficulty, but by the same token, lacks the grace required to carry its audience through the various highs and lows contained within. If you’re looking for a good way to get the brain cells ticking over, Nano Panda certainly has the remit for that. Just don’t expect it to ever add up to anything more than the sum of its parts.