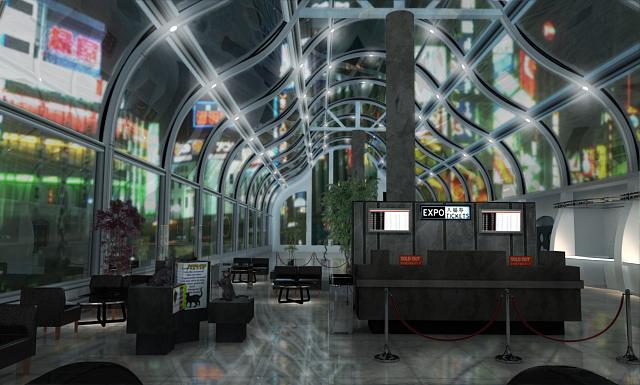 Solve the mystery of a haunted Japanese inn in the 23rd Nancy Drew game.

Her Interactive’s long-running adventure series is still going strong with its 23rd instalment, Nancy Drew: Shadow at the Water’s Edge. The story finds Nancy is in Japan teaching English, but she soon stumbles on a mystery that proves too intriguing to ignore when the ryokan (inn) she’s staying at shows signs of being haunted.

The Ryokan Hiei has a history of ghost sightings and is struggling to keep its guests, but the family who runs it seems to be in denial that there’s anything wrong. What are they hiding? It’s up to Nancy to find out. You’ll see the world in first-person perspective through Nancy’s eyes as she pokes around the inn, collects useful items to use, and chats with the inn’s employees to weed out any information she can. Armed with a train pass, she’ll also explore the nearby city and take in the sights and sounds of Japanese culture.

Shadow at the Water’s Edge‘s gameplay and presentation are as solid as ever; exactly what fans of the series have come to expect. Graphics hold their own with other current adventure games, and dialogue is all voiced with competent voice actors.

Like previous games, this one can be played in either Senior Detective or Junior Detective difficulty modes; the latter of which offers a helpful checklist to keep players on track about what they need to do next. Nancy’s cellphone still plays a part as well: you can call Nancy’s friends Bess and George for advice, send and receive text messages, take pictures, and set an alarm to wake you up at a certain time – which you’ll need to do since some of the events in the game are time-dependent. 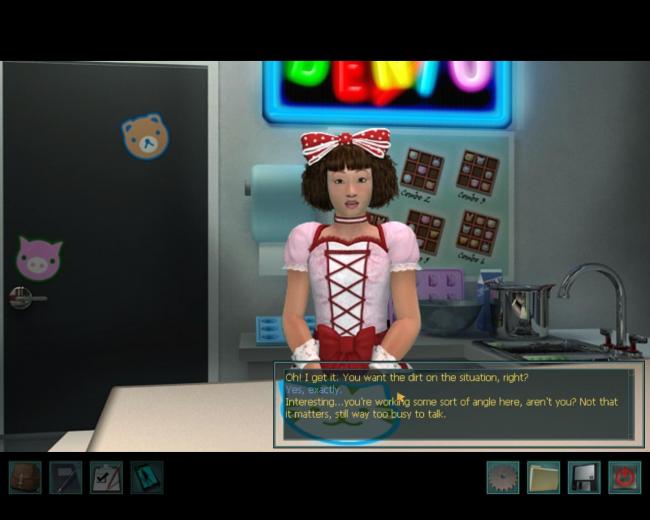 The exotic and beautiful Japanese setting adds a breath of fresh air to the series, allowing players plenty of opportunities to immerse themselves in Japanese culture and learn a thing or two. As is typical of Nancy Drew games, Shadow at the Water’s Edge throws in a lot of educational material to absorb if you’re so inclined. You can take a calligraphy lesson, study the Japanese hiragana and katakana alphabets, and learn about Japanese rock gardens and origami. As an English teacher, Nancy also has to grade her students’ papers by identifying whether phrases are grammatically correct.

The game can be saved at any time, which is a good thing because it is occasionally possible to run into a Game Over scenario. There’s also a Second Chance feature that lets you restart if you make a game-ending mistake, which, again is a useful feature to have since it’s not always obvious that what you’re about to do is the “wrong” choice. 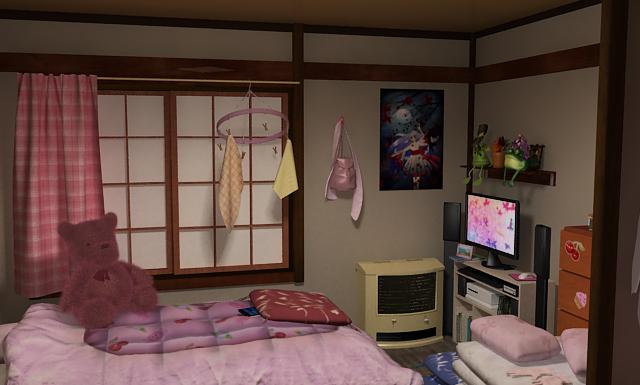 In terms of complaints, I didn’t have many. Some of the brainteasers and minigames are quite challenging and there’s no way to skip them which can prove somewhat frustrating. An option to manually skip ahead to the next part of the dialogue might have been nice as well; as it stands even if you’ve finished reading the text you have to wait for the voice-over to finish, and some of the characters tend to talk quite slowly. Also, the alarm function on Nancy’s phone seems overly complicated since you can really only set the alarm to one of two times (7pm and 1am); choose any other hour and you’ll be told that Nancy’s either sleeping or teaching.

These are minor complaints in light of everything that Shadow at the Water’s Edge does right. The game is recommended for players aged 10 and over due to some scary moments, but it’s certainly accessible to adults and kids alike and is a great choice for child and parent to play together. And although Nancy is without a doubt one of the best female role models in gaming, her games definitely aren’t just for girls to enjoy.