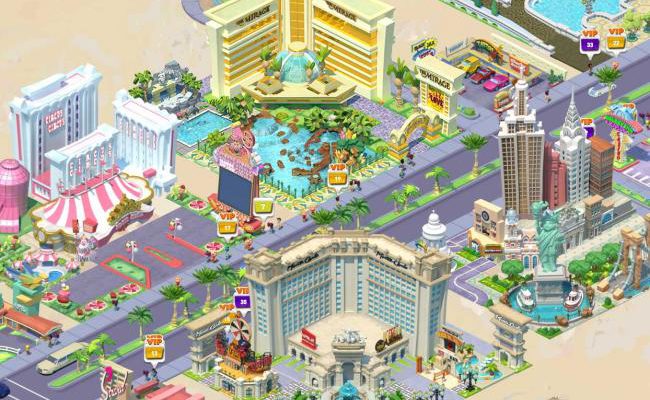 Not the real thing, but pretty darn close

I just had an excellent idea. If brick and mortar casinos want to turn Facebook casino game players into real life visitors, they should offer them real rewards for playing. What’s that? Someone already thought of that? Well that stinks for me, but it’s good for everyone else that myVEGAS can turn time spent playing slots and blackjack online into free stuff at a number of resorts on the Las Vegas Strip.

With that hook, it would be easy for myVEGAS to simply rest its laurels on that without bringing anything else to the table. The first machine available to new players, Excalibur (named after the casino), is pleasant enough, with five-reel, multi-line play and several bonus games themed after knights and maidens.

Every spin earns you an amount of experience points equal to the number of coins wagered, and filling up your XP meter advances you to the next level. New games are unlocked at various levels, and that’s where you’ll start to see more originality creep into the gameplay.

Bet the Farm is a three-reel slot machine that features crops that grow, eventually maturing into bonus payouts. It also has a bonus round centered around a wheel: Spinning it once gets you some credits, which you can then keep or risk on more spins that offer the chance for bigger wins versus Disaster spaces that wipe out everything.

If you can get past the awful pun in its name, Jewels Verne is also worth a mention for the way it combines slots with a hidden object game. While spinning the reels, you’re also trying to crack a code at the bottom of the screen that fires up the circuits to a time machine. Doing that enters you into a bonus round where you must find and click six different items to repair the fabric of time – and, of course, win you some bonus credits. 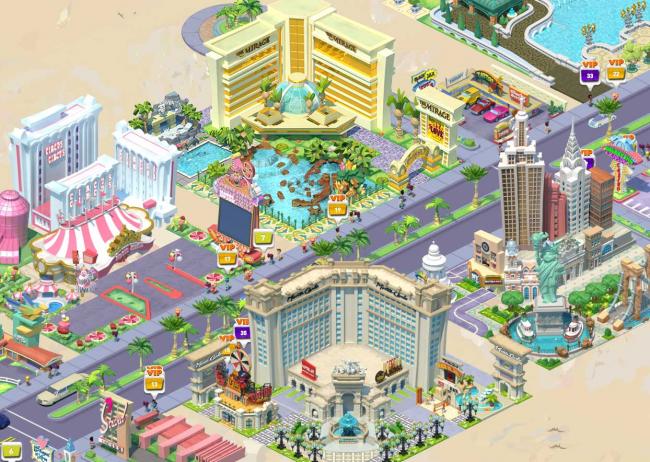 Fairly early on, you’ll also unlock myVEGAS Blackjack, which is a straightforward take on the world’s most popular form of 21. The presence of a Table Games tab in the game selection screen hints at more to come, but for the time being, you won’t find craps, roulette or anything else here.

In every game, you’ll be looking to uncover the myVEGAS symbols that help you assemble virtual versions of famous Strip casinos, piece by piece. Once you’ve found enough symbols to build an entire resort, it’s automatically added to the mySTRIP tab, where it produces bonus credits at a specified interval. It doesn’t quite count as a city-building aspect since you don’t have any control over the order in which the casinos are constructed, but it does make things a little more fun than simply being awarded those credits when logging in.

I haven’t even mentioned the game’s signature element yet, which is the chance to win real rewards for playing. Those come from loyalty points, earned over time by playing (higher wagers rack up the points faster) or instantly by purchasing credits for real money. The rewards include just about anything you might want to do in Las Vegas, from free rooms to show tickets to dining credit and more. Suffice it to say, though, that you’ll have to be a very loyal player to cash in the best rewards.

There’s bad news and good news when it comes to the casinos participating in the myVEGAS reward system. The bad news is that all of the casinos are owned by a single company. The good news is that the company is MGM Resorts, a firm that has everything from high class (Bellagio) to bargain basement (Circus Circus) in its portfolio. That means there is something for everyone, and if real money gaming is ever legalized nationwide in the U.S., it’s easy to see how seamlessly this game would meld with MGM’s M life player’s club.

Until then, it makes sense that if you enjoy visiting Vegas anyway, myVEGAS is the Facebook casino game you’ll want to play. And even if you have no plans on jetting to Sin City anytime soon, it’s still a perfectly fine way to kill a few random minutes online.