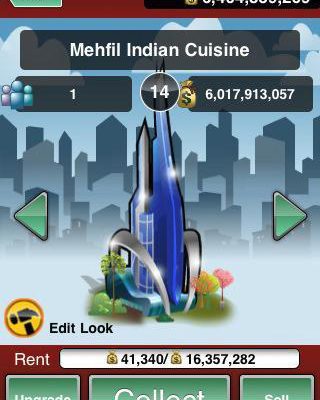 MyTown is location-based Monopoly, only without the foreclosures and jail

Location-based social games are on the rise these days, and Booyah seems determined to be a major player in this genre. MyTown is remarkably different from their recently released InCrowd, though, because it eschews social networking for actual gameplay, resulting in a much more enjoyable experience.

MyTown is the spiritual successor to Booyah’s goofy little social widget Booyah Society, which was cute, but also confusingly pointless. Booyah seems to have started over with something that is much more game-like, with clearly-defined goals and a definite sense of fun.

Like other location-based apps, MyTown uses your phone’s GPS to locate nearby establishments that you can check into. Checking-in will give you a basic amount of cash and experience, and these bonuses can be upgraded by using items at the time of check-in. Once you’ve acquired enough virtual cash you can buy the places you’ve checked into, thereby allowing you to collect rent money. It’s kind of like Monopoly, only with fewer trips to jail. 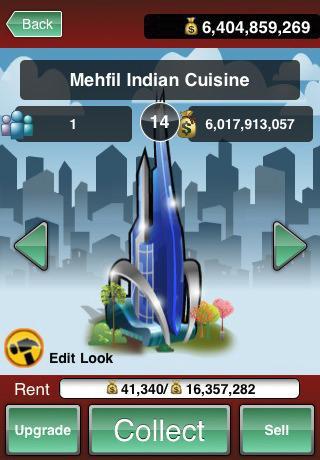 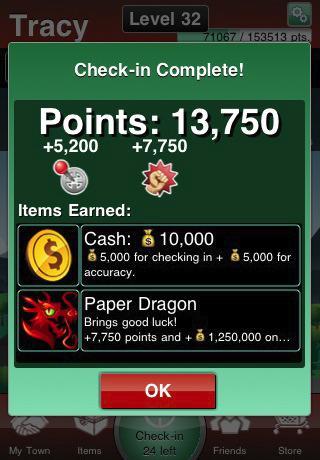 There’s an RPG element to the game, too. As you check into new locations you’ll earn points that increase your level. The higher your level, the more property you can own and the more you can upgrade said property. You also gain access to more powerful items to use in the check-in process. The higher your property’s level, the more rent it can generate before a cash cap is reached. There’s also an option to edit the appearance of these properties, and there are a number of upgrades that will drastically increase your businesses’ income levels.

Rent is automatically generated, which means you have to open the game regularly if you want to collect it before a business’s income cap is reached. It’s a smart little trick, because this requires players to open the game about once an hour if they want to maximize their income.

You aren’t the only one who ends up owning the businesses you check into. Other players will buy the same places you do, and there’s an option to compare your standings with the top ten other players who own the place. It’s kind of daunting at first when you see these other players with thousands of points to their names and you only have a dozen or so, but it’s rather fun to watch your score quickly increase.

Something that each of Booyah’s creations has been noted for is an extremely cute presentation. MyTown is no exception, sporting a number of basic, comic-like graphics, and some cute sound effects. 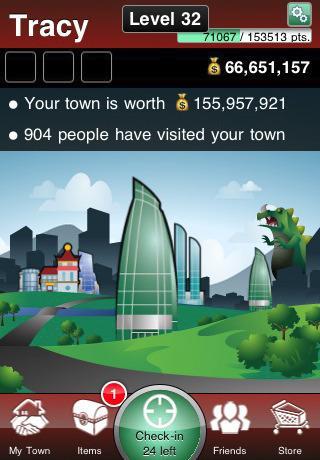 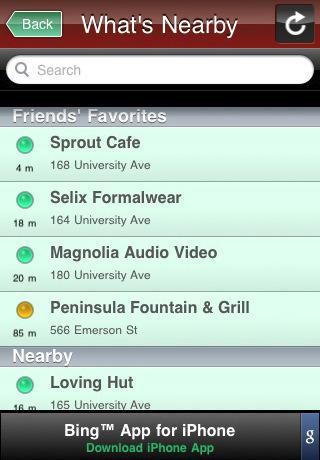 One of the main problems with this game is that it’s incredibly easy to cheat. While you have a limited number of check-ins every day, you can continuously do so with establishments that actually aren’t that close to you. There’s no cost to check-in, no waiting period between check-ins, and the game doesn’t seem to punish you for cheating, so there’s no reason not to get as much experience as you possibly can.

MyTown is also a giant marketing ploy disguised as a game. There are sponsored items (like Skittles and Volvo parts) that I could use when I checked in. I was told I could invite my friends to play for a reward of extra in-game currency. There were even a number of in-game items ­- including check-in recharges, new building accessories, and instant upgrades – that I could buy (for real money) within the game’s store. I never invited my friends, nor did I buy any extra content, but I still had fun.

MyTown is pretty enjoyable to play, not to mention mildly addictive. It’s insanely easy to get into, and there’s a sense of accomplishment every time you level up or buy new property. That said, I’m not sure I could see myself playing with this for more than a week or so, but I could definitely see someone who plays games like Farmville or We Rule getting pretty thoroughly hooked.