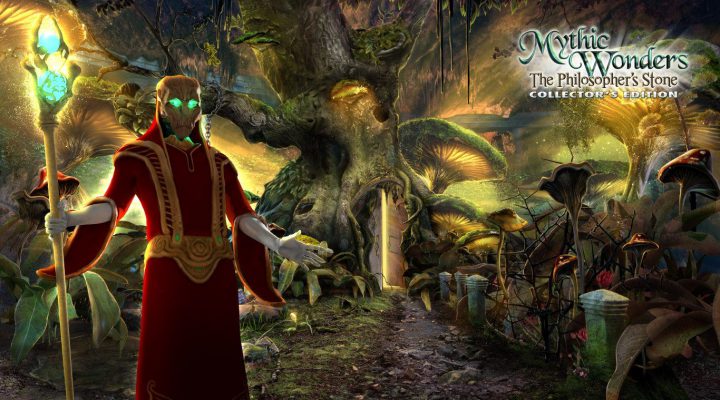 Good story with some unique twists.

Tons of mini-games to complete.

No real surprises in the gameplay.

Here’s a little free advice: if you find plans for a strange machine written in an ancient book, don’t build it. Especially if you have no idea how the machine works or what it’s supposed to do. Your Uncle Alfred didn’t follow that sound advice, and then he found himself holding a glowing stone trying to defend himself from an evil sorcerer. Well, time to go rescue him, the big lug.

When you reach Alfred’s house you realize he’s opened some sort of portal to another realm. Naturally, you find a way inside, only to encounter the same sorcerer as your uncle did. Mythic Wonders: The Philosopher’s Stone takes place inside of this portal, sending you jumping back and forth between areas as you gather items and solve puzzles, all while trying to figure out this evil guy and why he’s so insistent that you don’t belong in this “realm.” 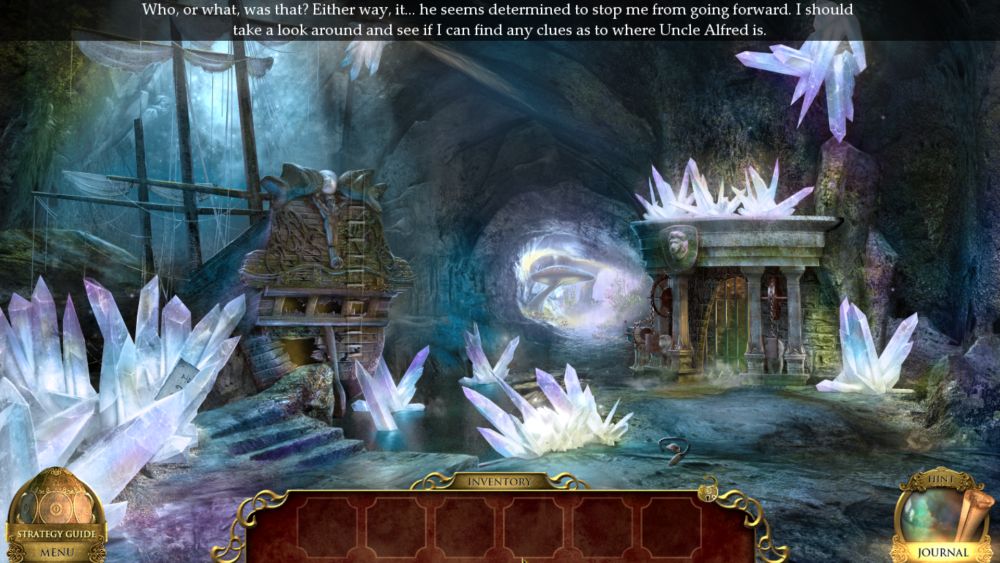 Most of what you’ll do in Mythic Wonders will be picking up items and carrying them around to complete mini-games. There are lots of things to find and hold in your inventory, so many that the boxes almost always fill and force you to scroll. You’ll also encounter morphing objects as well as multi-objects, those little trinkets you have to find three of before they become useful. All of this searching pays off once you fill in the missing pieces of a puzzle and start solving a mini-game. For the most part, these diversions are simple and easy to understand, featuring staples like modified tangrams or code deciphering.

Hidden object scenes are presented in a few different varieties, all of which are fairly standard. You’ve got a text list at the bottom with several interactive items that must be uncovered or assembled before you can collect them. Some of these get pretty creative, such as the moldy apple puzzle early in the game, but overall you won’t find too many surprises while item hunting in another realm. Some hidden object scenes feature item groups that require lots of back and forth manipulation in order to complete. More interesting than text lists, but still no real surprises. 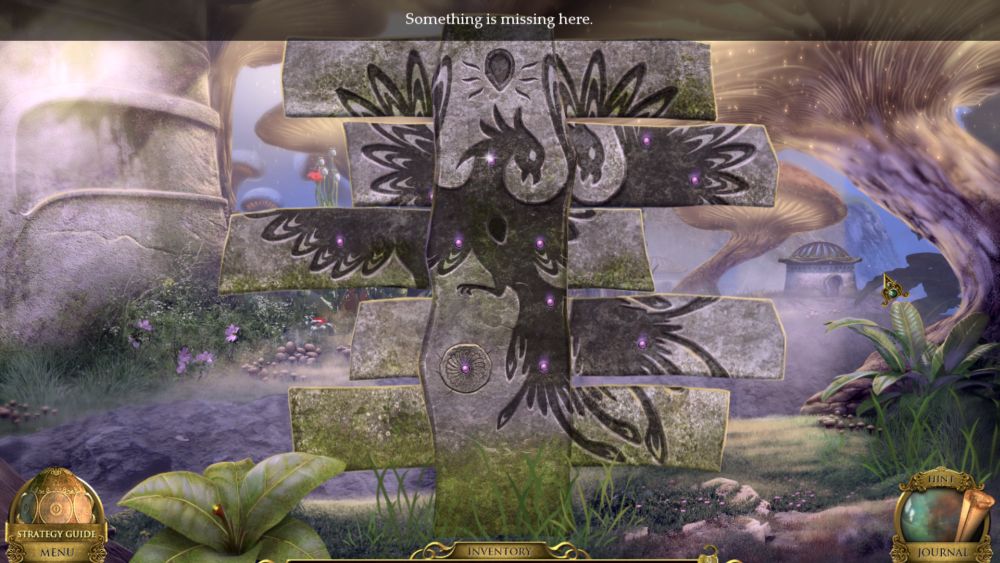 Most of what Mythic Wonders: The Philosopher’s Stone does sticks as close to the established casual adventure game formulas as it can. The hidden object scenes don’t stray far from home, and the puzzles are your usual set of getting things off of high shelves or picking items out from tight spaces. Even the story is a familiar staple with a female protagonist rushing off to find her crazy inventor relative. That being said, Mythic Wonders doesn’t suffer any mis-steps in its quest to deliver puzzle and adventure entertainment. The game knows what needs to be done, and it does it right. There’s not much innovation or uniqueness to it, but sometimes all you wanna do is defeat an evil sorcerer and find some marbles among the foliage.