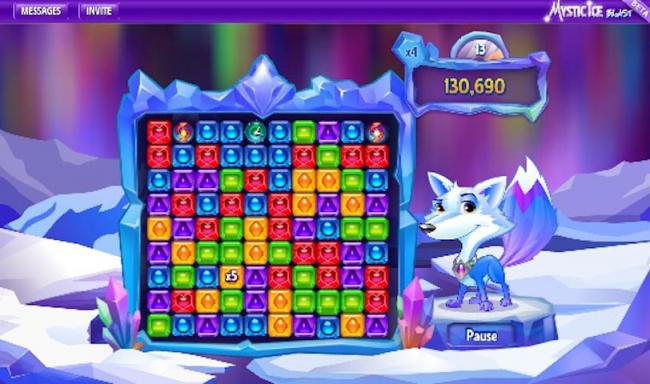 Mystic Ice Blast might be a fun puzzler, but it’s not exactly a blast of fresh air

Don’t get me wrong: I love “match 3” puzzle games on Facebook, especially when they come with a 60-second blitz mode for easy competition with my friends. In fact, I think I’ve almost reached a point where I’ve played Bejeweled Blitz on more days of my life than any other game besides World of Warcraft.

The problem is that the best games in the genre, namely Bejeweled Blitz and Diamond Dash, are already on the market. And since Mystic Ice Blast almost follows Diamond Dash‘s formula to the letter, it’s hard to find a compelling reason to recommend it.

You could say that Mystic Ice Blast turns Diamond Dash‘s concept on its head, but that’s only because the gems rise from the bottom of screen rather than falling from the top. Instead of being innovative, the gimmick seems like a forced attempt at distinguishing itself. Other than that, you’re playing Diamond Dash with an arctic fox as a companion instead of a turban-wearing panda.

Making matches still triggers a frenzy mode that causes explosions with every match of three gems, purchasable power ups allow for better scores, and there’s even weekly leaderboards that allow you to see how you’re faring against your friends. You might be tempted to toss some money at the game if you run out of lives, but at that point, you might as well head over to Diamond Dash while your lives in Mystic Ice Blast recharge. After all, it it’s like a different map for the same game. 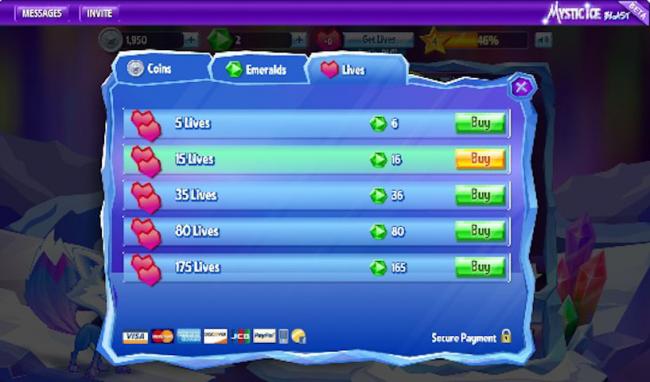 If I may, I’ll also add that I’ve never really preferred this style of gameplay over that found in Bejeweled Blitz. Since Diamond Dash and Mystic Ice Blast both involve simply clicking on clusters of three or more gems on your screen, it usually discourages the type of mental acrobatics provided by the act of switching gems in Bejeweled.

That means, to me at least, you can do quite well in Mystic Ice Blast just by clicking furiously while moving your mouse about the screen toward other clusters. Match up a few multipliers or trigger one of your better power ups, and you’re pretty much set. 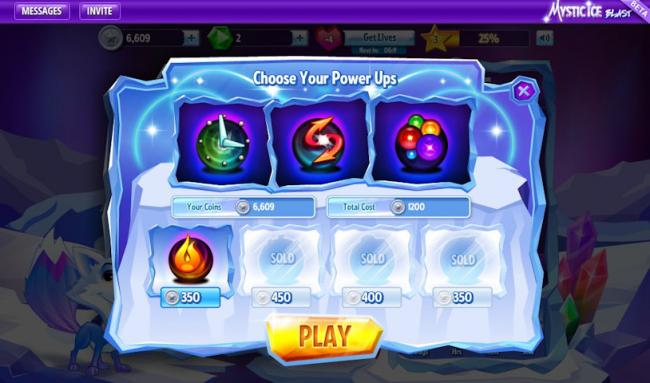 In its favor, Mystic Ice Blast runs quite well. I never encountered any bugs or stability issues, and the act of matching gems is every bit as responsive as it needs to be in a game like this. In fact, there’s nothing technically wrong with Mystic Ice Blast, it’s just that more attempts at setting itself apart from its competition would have been welcomed, even if they were limited to occasional shifts in the directions that the gems come from.

As it is, you might have a blast with GameHouse’s new creation at first, but it probably won’t be long before you’re dashing back to certain games with more reliable leaderboards. By now, you probably know which ones.