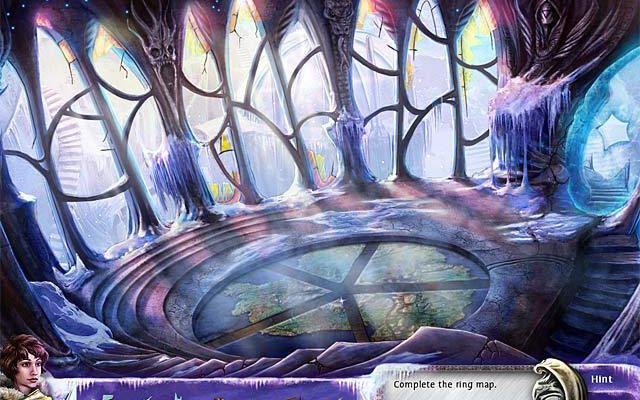 Can you escape the Mountains of Madness with your sanity intact?

I have never read H.P. Lovecraft’s novel At the Mountains of Madness, but after playing through Mystery Stories: Mountains of Madness it has been added to my reading list. The setting of the story is Antarctica, 1931 and you will be playing as researcher Lynn Morgan and Professor William Dyer. When you arrive at the expedition site you make a gruesome discovery, the expedition team has been brutally murdered and one team member is missing. Who…or what…killed everyone? Was it the Elder Things of ancient myth or is it something even more sinister?

While I don’t know if the game is completely faithful to the source material, the storytelling in Mountains of Madness is wonderful. There are numerous areas in the game that you can examine that simply give you more background information. Your character comments on statues, scenery, and even gives you subtle hints about what you need to do next. 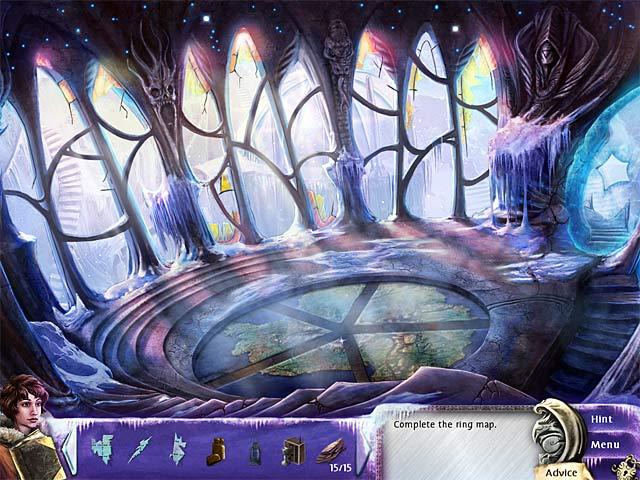 The hint system in the game is extremely well done and I’d love to see something similar in other games. There are two hint buttons in the game. One is your standard hint button which will tell you where to go or what to do. The second button is an advice button. By clicking on it you will receive a subtle hint about what to do next without spoiling anything. Also, when playing on casual mode you do not need to wait for the hint button to recharge (the skip button still needs to charge up though).

The game also allows you to experiment a bit. At one point you find a shovel. There is a huge avalanche right there and you are able to attempt to dig a couple times before your character decides that maybe they need a little more direction. When you click items like a hammer on a box you get responses that make sense and provide small hints as to what might work. These touches are very nice and made the world more immersive.

While there aren’t a lot of characters to interact with, the ones you do interact with really do interact with you. You will spend most of the game playing as Lynn Morgan but on occasion she will require assistance from Prof. William Dyer and you will take on his role. Lynn will leave behind inventory items for him and he will solve puzzles that will help her down the road. I will make one suggestion though, play through the tutorial or the first time you switch characters you may not realize what is going on. If you click too quickly you may wonder what happened to half your inventory. 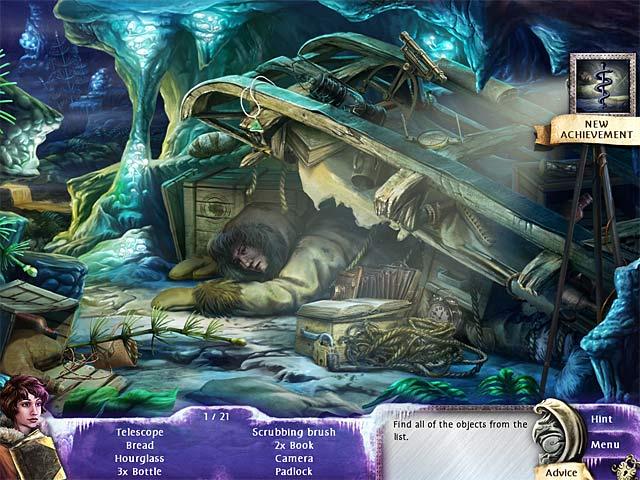 Mountains of Madness is a hidden object/adventure game that is more adventure than hidden object. There are still numerous hidden object scenes to search through though. You will be returning to scenes though and items you’ve already found will have been removed from the scene. This makes each scene easier each time you return.

While Mountains of Madness does a lot of things right, it’s not without problems. The puzzles and mini-games are fairly easy and several of them are repeated. The only voiced character in the game is the narrator, and Lynn and William talk quite a bit and it would have been nice if they could have been voiced. Also, the game is fairly short, and an experienced adventurer will probably be able to finish it in about three hours. Don’t let this deter you from trying it though. The story alone is enough to make this one worth playing.