Mystery of the Earl Review 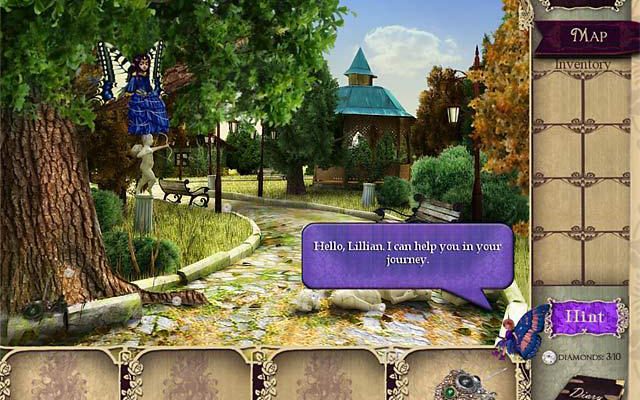 Sappy HOG is just a little off the mark

Contrary to popular belief, I don’t enjoy beating up on the games I review. I usually feel kind of bad about it, in fact, because I know that somebody, somewhere, has put a lot of effort into making it and honestly believes, or at least hopes, that whatever they’ve come up with is something that people will enjoy playing. Until I come along, that is, to smack their creation around a bit and fire off a few zingers before doffing my cap and tra-la-la-ing away to the next hatchet-job. And then what’s left? Hurt feelings and broken dreams. 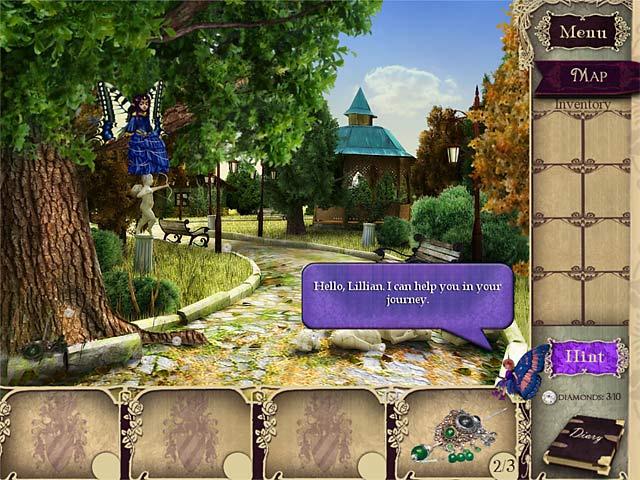 And Mystery of the Earl isn’t even that bad, really, not in any particularly spectacular fashion that makes you wish you’d never bought a computer. It’s just not good. It tries hard, it really does, but like your annoying, slightly uncoordinated little brother, the more it tries, the worse it gets, and while your brother will eventually grow up, discover girls, get a job, have a nice family and probably turn out to be not as much of a jerk as you thought he was, The Earl sinks deeper and deeper into mediocrity until it finally just runs out of steam and grinds to a halt.

The setup is almost entirely irrelevant, but here it is anyway. You are Lillian, soon to be the wife of Christian, the Earl of something or other. But on the day of your wedding, your betrothed disappears! Foul play is suspected, since he went missing immediately after a visit by a dark, evil-looking goon squad, his manor has been trashed and everyone in it is under the influence of some mysterious spell that makes them useless for anything more complicated than moaning about what a shame it is that the Earl has gone missing. But you’re not entirely without help; before all the unpleasantness begins, you discover a fairy disguised as a bluebird who loans you the services of her pixie, who hangs around and tosses out hints for the remainder of the adventure.

I don’t think I’m spoiling things for anyone when I say that the ending is ultimately happy, but getting to it is somewhat less so. The hand-drawn graphics are functional but decidedly average, while the music, heavy on the violins and piano, sounds pretty good for the first few minutes but quickly grows repetitive and then grating, and even laughably inappropriate at times, such as when the soothing, gentle “love theme”-style song plays while you’re chasing pixie-eating bats around the dank “cultic cave.” Voice acting is non-existent and animations are rare, which is fine because everything in the game that does move tends to do so in a flat, unrealistic fashion. 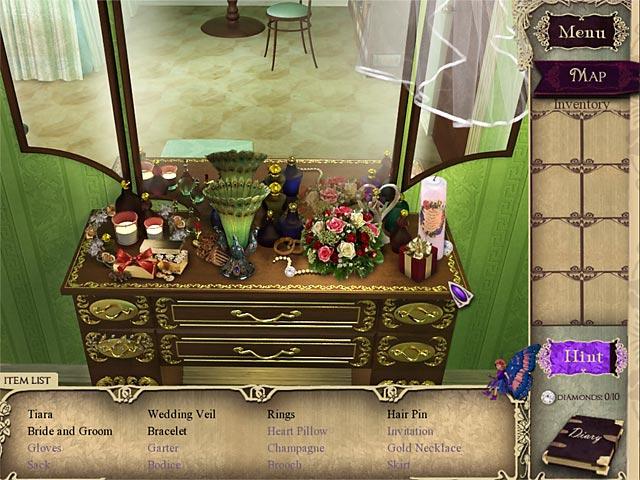 The story, such as it is, is really just a weak excuse to make things happen. Lillian dutifully records events as they unfold and Christian leaves behind notes explaining his role in the witch’s dastardly scheme, but it’s such a disjointed and nonsensical tale that it’s really not worth keeping track of. It’s a silly, clumsy mix of light-weight fantasy and overwrought romance, like a Harlequin Romance novel written by the high school Dungeons & Dragons club.

Flaws like this are a lot more forgivable when the core gameplay is solid, but Mystery of the Earl is a little off that mark too. It’s a very conventional blend of three HOG styles: Standard object searches, assembling the scattered pieces of various inventory items and locating all the instances of a particular objects in a scene – tracking down 15 bats hiding in the cultic cave, for instance. The normal object searches are fine for the most part, but I had an absolutely miserable time with the other two. I have never in my life had to use the hint function even half as much as I did in this game. Far too many of the objects are either ridiculously tiny or simply blend in too well, in color, texture and shape, with the background. I really don’t like criticizing a game for being “too hard” because different gamers are naturally going to enjoy different levels of challenge, but Earl goes way over the line. It doesn’t just hide objects, it camouflages them. 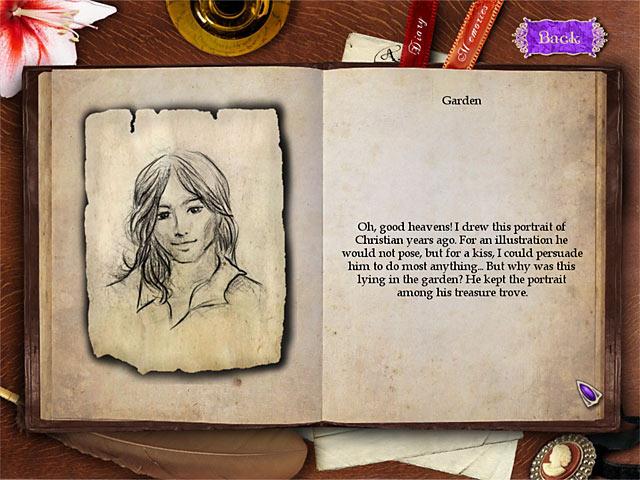 The game features a handful of puzzles, as you’d expect, but they’re so simple and forgettable that they hardly bear a mention. There are also small, circular diamonds hidden throughout each location that will unlock screensavers when they’re found, but it’s a tough job: Every diamond in each area must be found to unlock a single screensaver and some of them are just about impossible to see. The hint function doesn’t reveal them, so if you can’t find them on your own, no screensaver for you! Not that you’re missing much; they’re just slightly animated scenes taken from the game.

Mystery of the Earl isn’t the worst way to blow three hours of your life. That’s not the sort of endorsement that’s likely to wind up on the back of a game box but if it’s good enough for you, go ahead and give it a rip. What I found unfair and frustrating, you might find refresinghly challenging. But even if you enjoy punishing hidden object searches, the rest of the game just isn’t up to snuff. With so many better options available the only mystery here is, why would you bother?