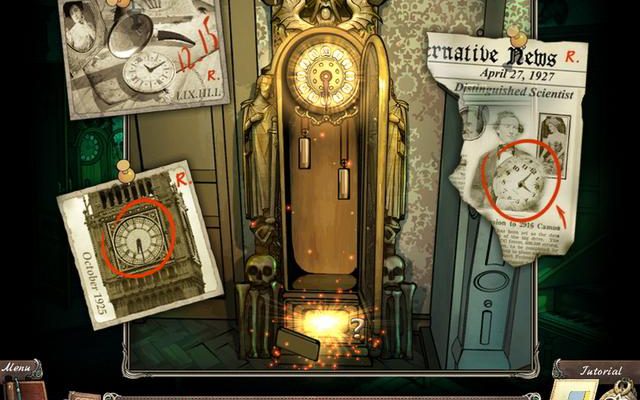 Mystery of Mortlake Mansion offers a lot of variety, and none of it disappoints.

Stella Games and Playrix bring us Mystery of Mortlake Mansion, a combination hidden object and puzzle game that expertly balances gameplay repetition, variety and challenge to create an experience that is a joy to undertake from beginning to end.

Gameplay places you in the role of either a male or female main character (your choice) who is summoned to Mortlake Mansion by an elderly gentleman named R, who was so obsessed with magic that he dedicated his entire life to tracking down and learning the secrets of his favorite magician. His search brought him to Mortlake Mansion, but the magic within the mansion was so great the R became trapped, thus needing your help to escape. 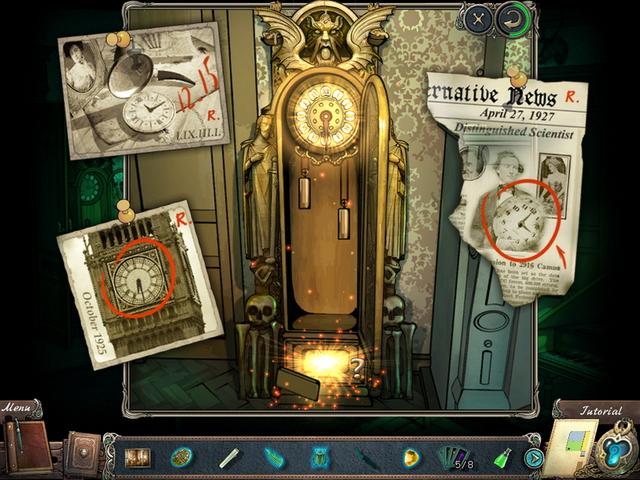 The story in Mystery of Mortlake Mansion is actually one of the best I’ve seen in a casual PC title. You’ll quickly find yourself trapped within the mansion yourself, as you discover more about R and his true motives, along with the famed magician who has cursed the entire mansion and all those who enter it (all in the hope of immortality).

It would be wrong to classify Mystery of Mortlake Mansion as just a hidden object title, as it is just as much a game of puzzle-solving and logic. While it’s true that each room of the expansive mansion contains a hidden object scene to explore, this is just a sliver of the gameplay. You’ll find objects on a list, and at the end of your search you’ll be rewarded with an item that will help you in your quest to escape the mansion.

The rest of the time, you are traveling from room to room collecting items (the cursor changes when you hover over an object you can either investigate or interact with), solving a huge variety of puzzles, or simply picking up R’s diary entries, giving even more depth to the story.

In terms of puzzles, there are the general symbol matching games, tile-sliding puzzles, jigsaw puzzles, and even match-three puzzles, but there are also those puzzles that require logic and reasoning. For instance, in the dining room, you’re asked to move all of the red chairs to one side of the table, and all of the green chairs to the other, but you can only do so by moving the chairs one space at a time, with only two empty spaces. It’s puzzles like these that not only keep the game from going stale, but add challenge to a genre that is more often lacking in that department than not. 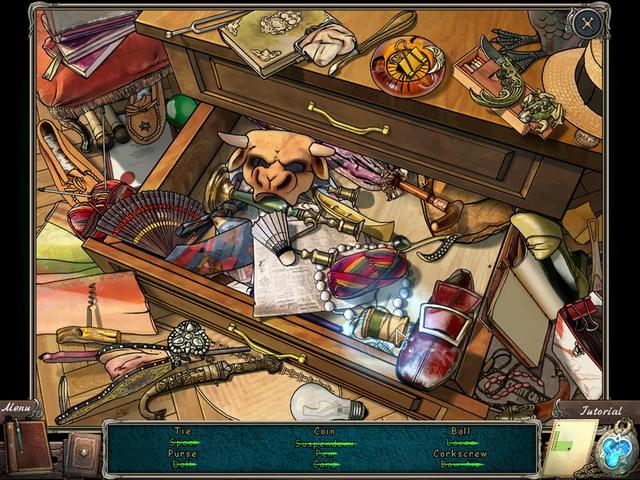 As for your overall gameplay goal, you’ll be tasked with entering the figural Heart of the household, where you can destroy the curse trapping you within it. This is done by collecting crystals to open portals to the Shadow World, where magic is very much real, and items float and glow as if possessed. You’ll find glowing ingredients during your journey, with five ingredients being needed to create a single key, unlocking part of the gate blocking your access to the Heart of the home.

With seven keys to find in all, the game does take on a bit of a pattern (in that you’ll need to find the five ingredients to make a key and then repeat the process for the next key), but with so much gameplay variety, the title never becomes boring, as you move back and forth between the real world and the Shadow World at will, using either the portals that you create, or the map which offers quick travel (it also conveniently marks rooms that are either entirely finished, or still have tasks remaining, in case you get stuck).

Technically speaking, Mystery of Mortlake Mansion is a great looking game. The title has fantastic production values, with an almost cel-shaded graphical presentation that is quite pleasing to the eye, and a gloomy transition in the Shadow World, as the entire landscape takes on a blue/gray color palette. The game is full of animation and life, rather than just static images (although there are many items that do not move) and comes with complete voice-acting, as your character interacts with spirits and a talking raven that will both help and hinder your progress.

All told, Mystery of Mortlake Mansion isn’t a light experience, as it will last you into the 4-5 hour range, or more depending on your dependence (or lack thereof) on the unlimited hints and puzzle skips. You can make the game even more challenging by turning the difficulty to high, causing the hint button to refill more slowly.

If you’re looking for a hidden object or puzzle game experience that will serve you well from beginning to end, with a deep story and tons of polish, Mystery of Mortlake Mansion is an instant recommendation.