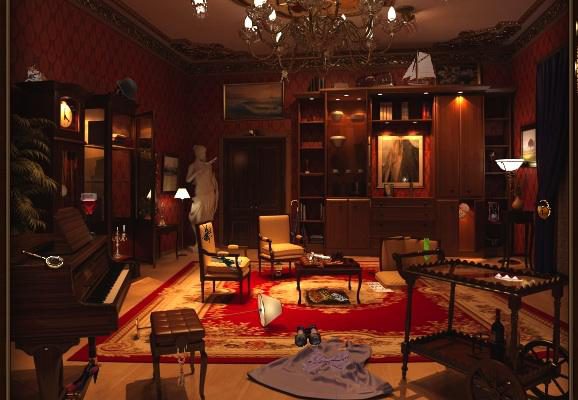 Mystery Manor is an enjoyable, but repetitive, social HOG

For whatever reason, hidden object games haven’t proliferated across Facebook they same way that they did in the download space. But that hasn’t stopped Game Insight from testing the waters with a polished HOG in the form of Mystery Manor. It manages to smoothly blend the traditional HOG experience with social features, but unfortunately becomes rather repetitive after a while.

The Mystery Manor is, as you can probably guess, a manor surrounded in mystery. It’s a strange mansion filled with magic and creatures, as well as an eclectic cast of characters. As you explore the house you’ll come across these characters, who will ask you to do favors for them or to complete various tasks. The story is conveyed solely through these bits of dialog, which can be a bit goofy and don’t really do enough to make you really interested in what’s going on. If you want to focus on the game and not the story, though, it’s pretty easy to breeze through the chatter without missing anything important. 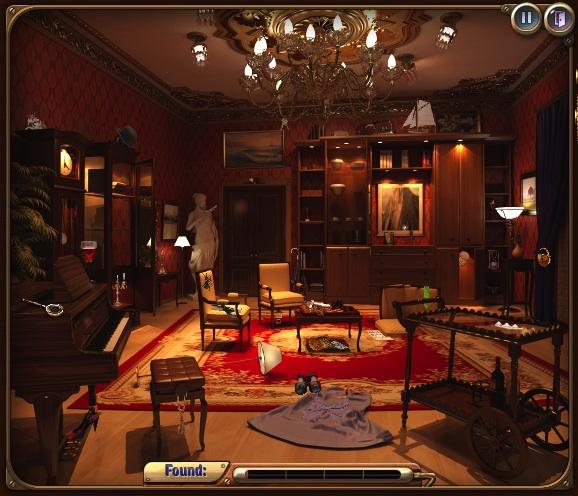 Exploring the house is done via a map, which shows all of the rooms you can visit. You’ll unlock additional rooms as you progress, but even still you’ll be revisiting each location plenty of times. When you enter a room you’ll be taken to the HOG portion of the game, which is pretty standard as far as these games go. You’re given a list of items—sometimes listed in text form, other times as silhouettes—and you’ll need to find them before time runs out. There’s a whole range of different helpful items, which includes everything from hints that point out objects you can’t find to flashlights that light up the night time levels. You’ll collect these as you complete rooms, but they can also be purchased with the game’s premium currency.

While the core HOG play is solid, the main issue is the repetition. You’re constantly going back to the same rooms and finding the same objects. Sometimes the objects will be moved around, sometimes they’ll be in the exact same place. It really takes away from the sense of exploration when you’re continuously searching the bedroom over, and over, and over again. There are some twists to shake things up a bit, like the day/night cycle, but it’s not enough to make the rooms interesting the 20th time you play through them. 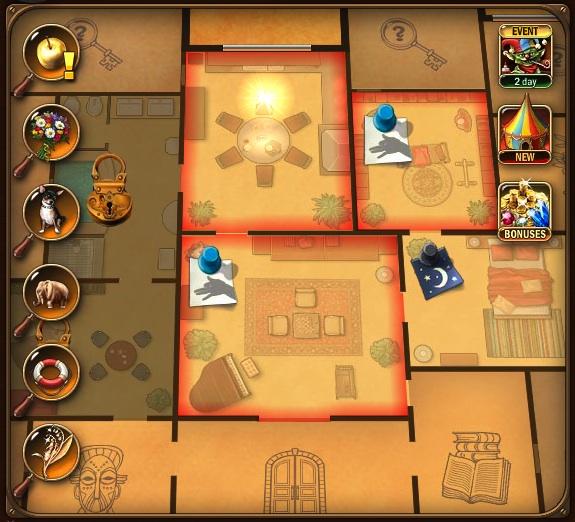 Mystery Manor also features a solid range of social game staples, including the ability to gift items to friends, gather collections, earn experience and level up, and shop for all sorts of goodies. There’s also the all-too-common energy system that limits how much you can play in any given session, though Mystery Manor is relatively generous on this front.

Visually Mystery Manor is an uneven game. While the character portraits look great and the map looks charmingly magical (complete with Marauder’s Map-style footprints straight from Harry Potter), the actual HOG environments are surprisingly dull. There’s nothing magical about them, and the art style just looks so plain and clinical.

By HOG standards, Mystery Manor is decidedly average. But that also makes it a rarity on Facebook, a platform that’s severly lacking in the genre. If you’re looking for a more magical, less gritty game than Catch a Killer, Mystery Manor is easily your best option on Facebook.