Home / Reviews / Mystery Legends: The Phantom of the Opera Review

Mystery Legends: The Phantom of the Opera Review 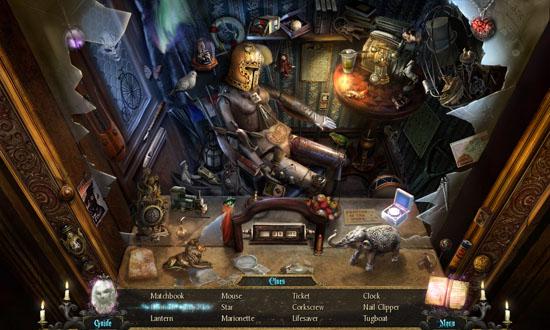 Don’t read this review. Seriously, just stop. Instead, I want you to get yourself a copy of Mystery Legends: The Phantom of the Opera. Play it, love it, be awed and amazed by a hidden object adventure that does literally everything right. You can come back and thank me later. Go ahead, I’ll wait.

What, you’re still here? Fine, let’s talk about it. I’m not sure what the point is since the end result is going to be exactly the same – get this game! – but if you want to know exactly why I’m so insistent on it, I suppose I can oblige.

Mystery Legends: The Phantom of the Opera is a hidden object adventure game based on, you guessed it, “The Phantom of the Opera.” Set years after the original tale, this new chapter finds Christine and Raoul married and enjoying a comfortable life in Paris with their daughter Evelina. But the Phantom still lurks, unseen and forgotten, until the day he unleashes his vengeance, stealing away the object of his love to his abandoned, crumbling Opera House. Yet mad with rage and desire, he mistakes Evelina for the Christine of his memory, thrusting her into the horror story that her mother escaped so long ago.

The first thing you’ll notice is that Phantom looks fantastic. From the hand-painted locations and hidden object scenes to the yellowing, pencil-style interludes, the visuals in this game are absolutely second-to-none. A handful of outstanding animated effects, like flickering lights and a very realistic snowfall, enhances the experience even further, while the voice acting is excellent and the music, as you’d expect from a haunted Parisian opera house, is deep, dark and foreboding.

The game includes all of the standard hidden object hardware: A journal, a map, an inventory and time-based hints. There’s also an in-game strategy guide that provides more direct advice and, if you’re really stuck, step-by-step instructions on what to do next. I was never forced to make use of it, however, because along with filling in the details of the story, the journal does an excellent job of taking notes and dropping clues that make confusing situations clear. The hint function does double-duty as well, not only revealing hard-to-find hidden objects but also providing very helpful direction in every other part of the game. But pick your shots carefully, because the hint recharge timer is quite slow and if you’re constantly waiting around for it, you’ll be playing this game for a long, long time. 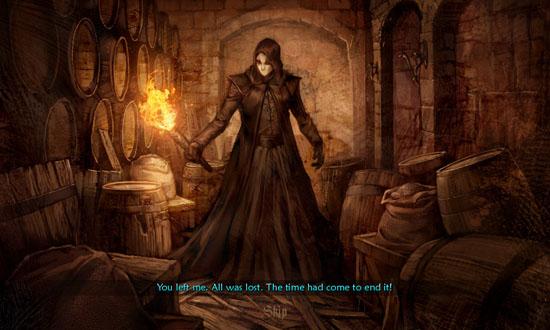 You will need to use it, though, because Mystery Legends: The Phantom of the Opera is a very challenging game. The hidden object searches are among the toughest I’ve run into, but in a good way, with twisted, cluttered scenes packed with all sorts of arcane paraphernalia and occasionally some very obscure items. Do you know, for instance, what a “dumbo octopus” is? I did not, and assumed it was either a typo (“dumbo” meaning “jumbo,” perhaps) or a translation gone horribly wrong. But it’s actually a very real, very rare type of octopus, and it was very accurately represented in the game. It pains me to admit such ignorance, but on the upside, I actually learned a thing or two. And the game isn’t cruel: To soften the blow for people who don’t know such things as what a Xochipilli statue looks like (another one I had to look up), silhouettes of hidden objects pop up when the cursor is placed over their descriptions.

Many of the puzzles are comparably stiff brain-teasers, yet none of them are unreasonably obtuse. Those of you who have read some of my past reviews may know that I generally dislike HOG puzzles because they tend to be generic, low-quality time-wasters, but those in Phantom are far more engaging and not once was I tempted to use the “skip” function. The combination of well-placed clues, smartly-crafted puzzles and an effective hint system adds up to a balanced challenge that’s about as close to perfect as you’re going to get, and there’s a real feeling of satisfaction that comes from working through them on your own.

As well as being a great game, it’s also a long one by hidden object standards. I was able to get through it, pushing fairly hard, in almost four hours flat (three hours and 56 minutes actually; the game keeps track of play time for the high score list), yet like a really good movie or book, it felt much shorter. It says a lot about a game when time flies by unnoticed and although Phantom the hidden object game obviously doesn’t live up to the literary standard of “Phantom” the novel, it does follow on quite adequately, referencing the original story to provide a framework for its own. And rather than simply using the setup as an excuse to toss around puzzles and object searches, the plot unfolds at a regular pace over the course of the game, holding your attention and providing real motivation to keep pushing forward. 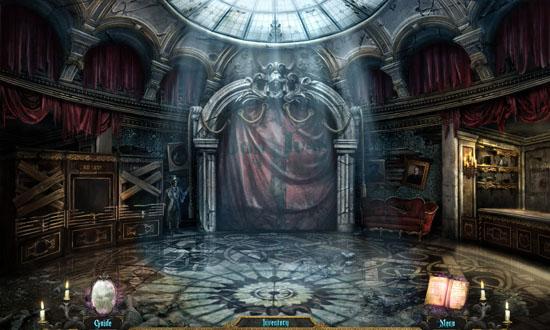 The Premium Edition of Mystery Legends: The Phantom of the Opera comes with a decent array of extras that are unlocked once the game is completed: A bonus level that tacks on another half-hour of gameplay, the soundtrack, which unfortunately cannot be saved and played outside of the game, and direct access to all the cut scenes and hidden object scenes in the game, for some quick, casual HOG action later. Most impressive is the inclusion of a digital copy of the complete “Phantom of the Opera” novel, written by Gaston Leroux and originally published in 1911, a nice addition for anyone interested in the original telling of the tale.

It’s been a long time since I’ve been this excited about a hidden object game but Mystery Legends: The Phantom of the Opera is easily one of the best I’ve ever played. It may well be the best. I don’t know what else I can say about it – and I don’t know why you’re still here reading this review. Go! Play! Enjoy! Just don’t forget to come back and thank me later.