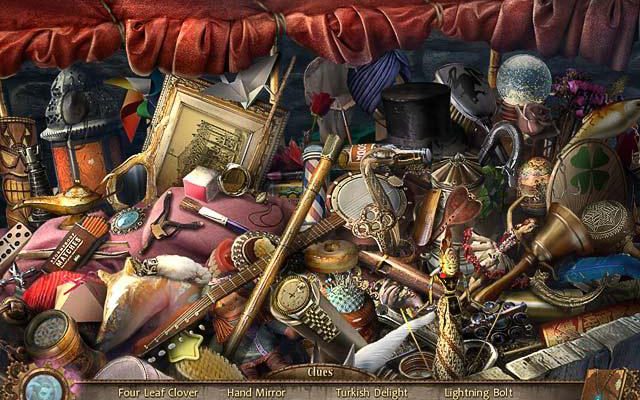 Mystery Legends: Beauty and the Beast is almost as great as its predecessor

The first hidden object adventure I ever awarded a perfect score was Mystery Legends: Phantom of the Opera, which still stands as the single finest hidden object game I’ve ever played. So when Mystery Legends: Beauty and the Beast landed in my lap, I was excited but also a little nervous. After all, how do you follow up perfection? It’s a tough row to hoe, but Beauty and the Beast comes tantalizingly close to pulling it off. It starts off impressively right from the opening menu, with support for standard and widescreen monitors as well as a windowed mode, and not just two but three separate difficulty levels, ensuring the game will be accessible for novices and still pleasantly challenging for the old pros.

Things get even better once the action begins. Beauty and the Beast is a visual feast, an extravaganza, a veritable cornucopia (!) of eye candy, not just with sharp, bright graphics and fanciful level design – both of which it has in abundance – but also thanks to a huge amount of high-quality animations. It’s easily the most richly-animated hidden object adventure I’ve ever played, and all that on-screen action has a big and very positive impact on the experience. 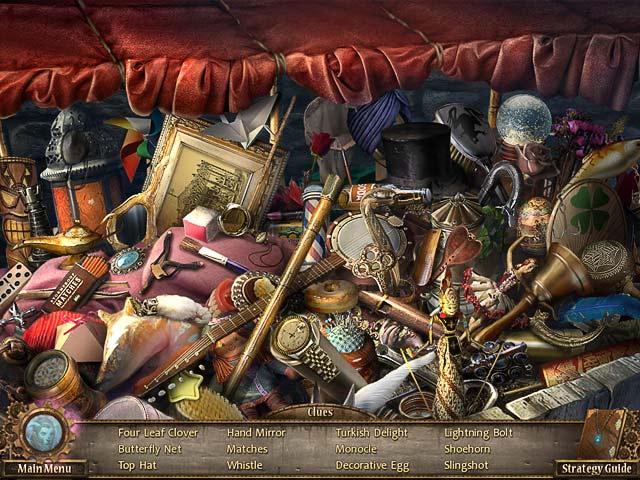 Gameplay is a fairly straightforward blend of puzzles and HOG scenes, and even on the “easy” difficult the hidden object searches are cluttered and tough, although the presence of unlimited silhouette clues along with the standard timer-based hint function ensure that players won’t be stuck for very long if they don’t want to be. The hint function extends to the rest of the game as well, pointing out overlooked interactive areas or inventory items. Puzzles aren’t overly vexing, but more importantly they’re actually original and fun rather than just something to be tolerated in between object searches.

The wonderfully rendered in-game journal automatically tracks clues and solutions to many of the game’s puzzles, which is nothing unusual, but it’s also a very nice compliment to the game as a storytelling device. The map doesn’t allow for direct, point-to-point movement but it does indicate which rooms have tasks to be completed, so you’ll always know where to go to get things done. Finally, the built-in strategy guide will see you through when all else fails, although it works a little differently than most. Instead of a step-by-step, chapter-by-chapter info dump detailing everything the game has to offer, the Beauty and the Beast guide covers only the existing objectives, meaning that the information you need will always be close at hand while unwanted spoilers will not.

The plot of Mystery Legends: Beauty and the Beast is heavily “Disney-fied,” with a talking owl and a robot dog that runs on mechanical bones among the supporting cast, but similar enough to the original tale to satisfy all but the most ardent literary purists. Belle, the heroine, returns home to her cottage after receiving a letter telling her that all is not well in the kingdom. She discovers that the handsome prince has been turned into a fearsome (yet still very regal) beast, and that his soul has been divided into pieces and scattered across the kingdom. Only when she undoes the curse and sets him free will she find true love and her happy ending. 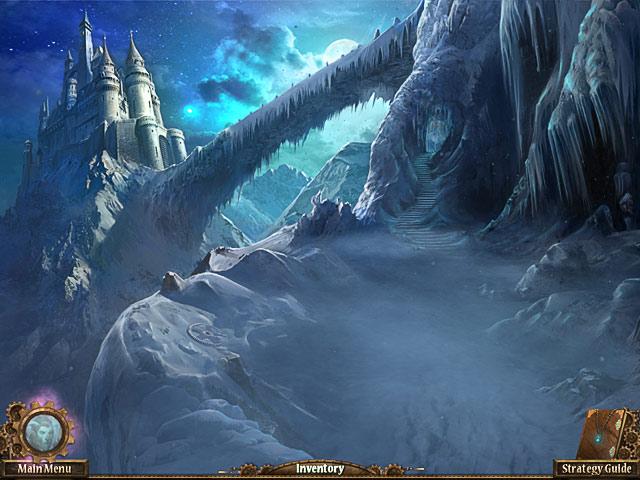 The game only stumbles when the curtain falls and all that’s left are the collector’s edition bonuses. Maybe I’ve been spoiled by wallpapers, soundtracks, on-demand puzzles and all that, but the extras in Beauty and the Beast are disappointingly lightweight. A de rigueur bonus chapter worth another half-hour or so of gameplay is included, as is the 1756 version of the story published by Jeanne-Marie Le Prince de Beaumont, but that’s all. The absence of anything else is especially disappointing given how great the game looks and sounds (the music is awfully good too), but none of that is given any sort of post-game treatment. Even the inclusion of the original Beauty and the Beast story is a bit of a letdown because it’s only accessible from within the game, which is hardly an ideal way to read a book.

But while the CE goodies are a bit of a letdown, the game itself is nothing short of excellent. No caveats, no second-guessing and no hesitation; if you’re a hidden object adventure fan, Mystery Legends: Beauty and the Beast is one game you don’t want to miss.