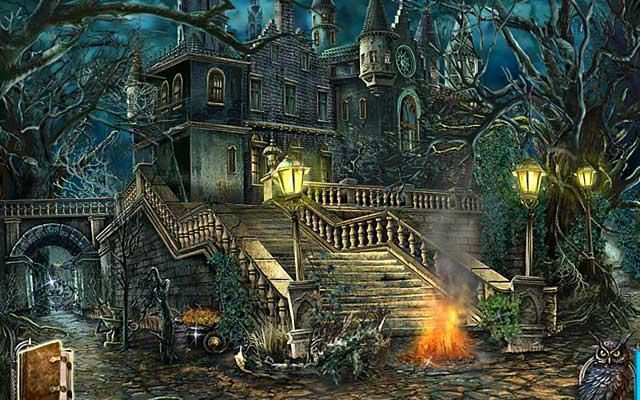 The story of the abandoned mansion, haunted by a ghost or demon, is all-too-common in the hidden object space, and it’s what we’re once again presented with in Mystery Heritage: Sign of the Spirit. Here, you’ll step into the role of detective, out to investigate the apparent suicide of one of the last surviving members of the Williams family, a clan that was apparently cursed by a witch generations ago.

Even in the first five minutes of Mystery Heritage: Sign of the Spirit, something feels “off.” Williams’ nephew, the next in line to be hit with the curse, seems completely apathetic as to his uncle’s death. After your initial interaction with him, he mentions heading back to the mansion, but it’s locked to your entry with an intricate tile-sliding puzzle. Why would he lock the mansion from my investigation? It’s these sorts of oversights and an overall lack of polish and detail that hurt Mystery Heritage from beginning to end. 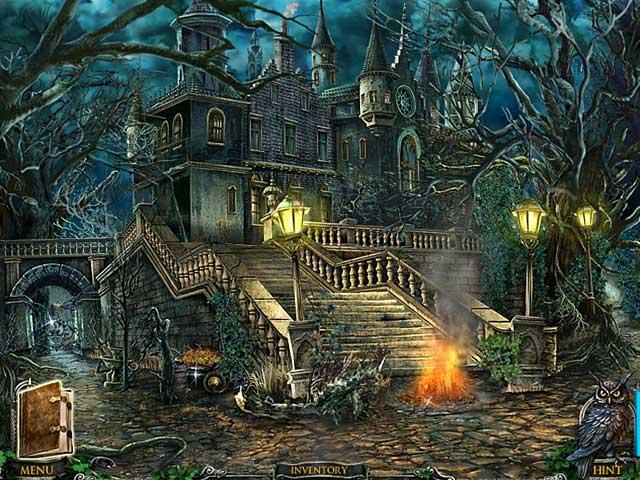 The majority of your time in Sign of the Spirit will be spent backtracking through the game’s many environments as you repeatedly complete a set of standard hidden object scenes. There aren’t any hotspots within these scenes, and many of the items come with far too generic naming or may match multiple items in the scene. You may be asked to find a “Blue Bottle,” for instance, only to see multiple blue colored bottles in the same scene. Furthermore, upon returning to these scenes, any items that you’ve already found will have returned, which screams of lazy game design.

Adding insult to injury, these scenes will reactivate at random, with a single scene sometimes being the only thing you can complete before advancing the story. Without a map, you’re unable to track down these scenes without backtracking through each and every location in the game (and there are many) until you mercifully find one. Furthermore, you’ll be able to clearly spot puzzle pieces within these hidden object scenes on your first go around, but won’t actually be able to collect them until a subsequent playthrough, when it becomes convenient to the progression of the story. 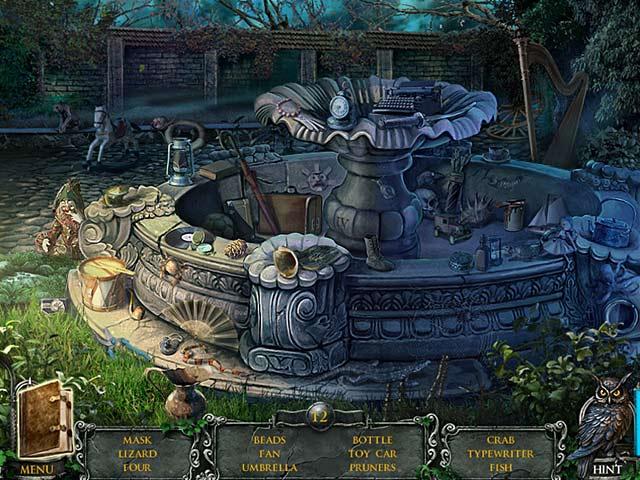 Outside of the game’s hidden object scenes, the hint system serves only to tell you if a location still has an interactive area, rather than actually pointing you in the right direction, but it does recharge rather quickly within hidden object scenes or puzzles. Speaking of puzzles, these are rather basic and come with the standard selection of tile sliding or jigsaw puzzles, along with a few symbol matching or math-based puzzles thrown in along the way. While many of these puzzles are self-explanatory, the more unique a puzzle becomes, the less helpful the in-game instructions are (if they’re even available in the first place).

If Mystery Heritage has any strong points, they’re found within the game’s journal and the many books or note pages you can read along the way. These help the game’s story unfold into a tale of intrigue and drama as you investigate the validity of this supposedly ancient curse, but actually getting through the rest of the game is a really disappointing experience.

Even though the scary or haunted hidden object game template has been reused time and time again, that doesn’t excuse developers from creating a shoddy final product. Perhaps more now than ever before, there’s a desire within the industry for developer to take chances and create new gameplay experiences, but Mystery Heritage: Sign of the Spirit unfortunately offers none of the above.