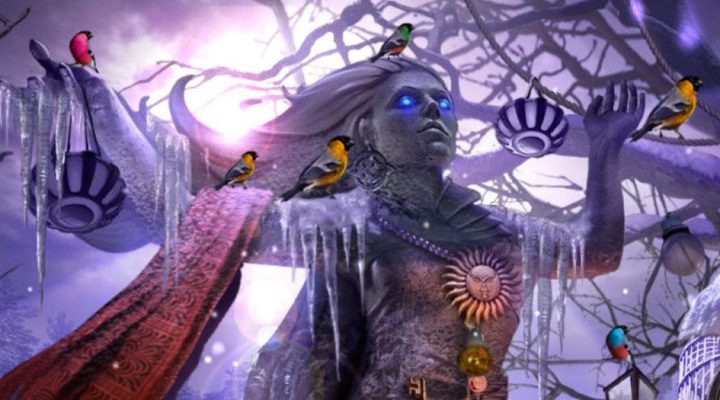 Choice to play as male or female

Dire Grove, Sacred Grove starts by allowing you to choose your gender, a small detail that helps you better adopt the persona of the normally neuter Master Detective. Regardless of X/Y chromosome count, you to return to Dire Grove to prevent a curse from destroying it. You arrive to find the village deserted and plagued with near-Arctic conditions. You also find a group of hunters who blame the supernatural winter on a group of druid-like, forest-dwelling people called Mistwalkers; the Mistwalkers in turn blame the freeze on the hunters who they claim have desecrated the Mistwalkers’ sacred grove. 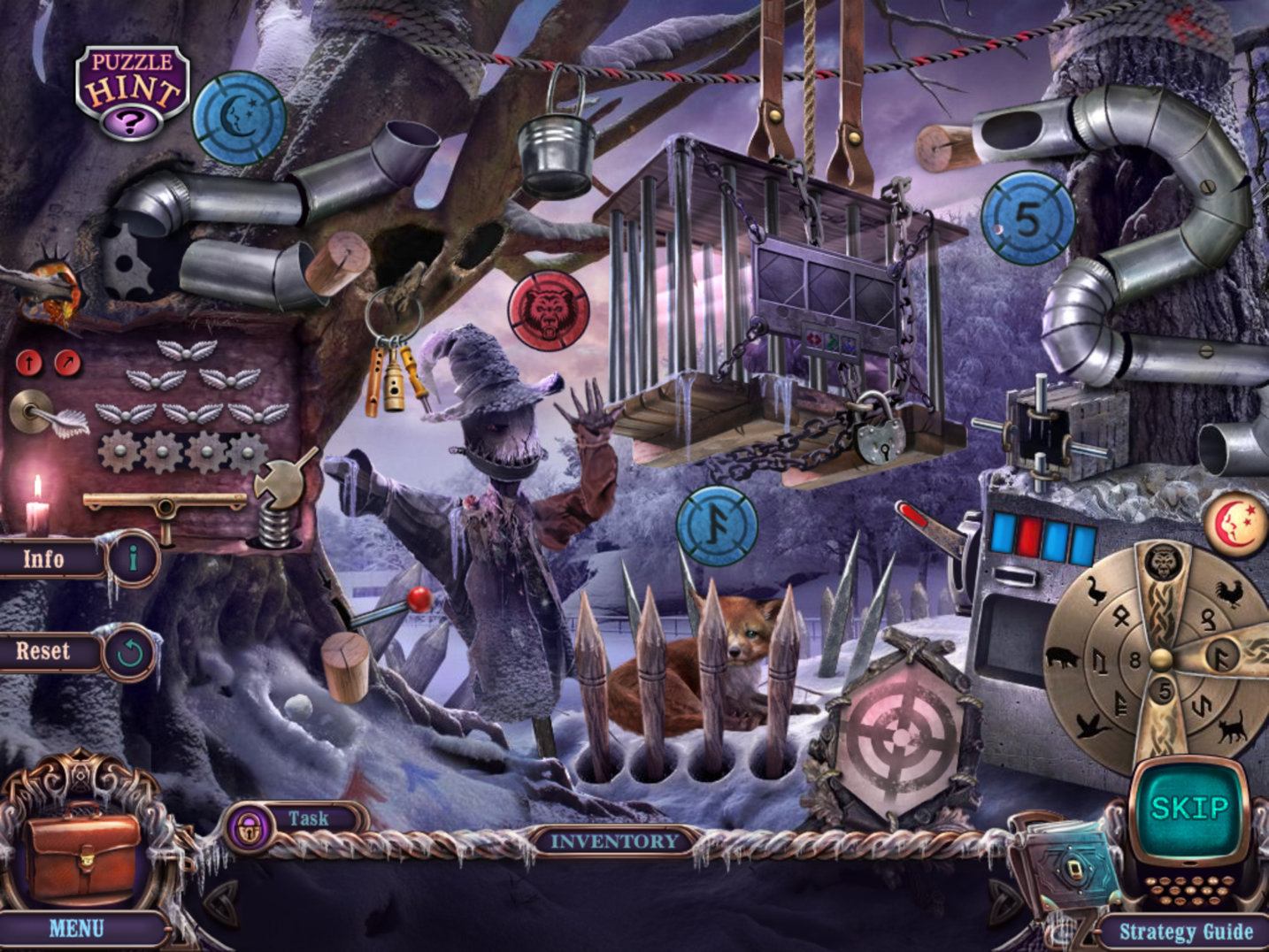 Aside from the layer of ice covering everything, the first thing you’ll notice about Dire Grove, Sacred Grove is the sub-par voice acting. Some of the villagers have U.K. accents—some don’t. While this is possible of course, it seems more appropriate for an urban center than a small, rural village. It also prevents us from placing where, geographically, Dire Grove might be.

While these are distracting, the worst performances by far come from a female Mistwalker, who sounds like a college co-ed rather than a mystical forest-dweller, and the female version of the Master Detective who sounds perpetually bored, even during tense, danger-fraught scenes. This wouldn’t be such a big deal if there wasn’t so much dialog. Alas, there’s quite a bit of it.

The next most-noticeable problem is the cliché story concept and lackluster writing. Thematically, it feels like we’ve played this game many, many times before. There just aren’t any surprises. The end compounds this, being pat and completely predictable, and the overall sequence of events, when looked at closely, are fairly nonsensical. The bonus chapter rectifies this somewhat, by clarifying character motivations, but the game’s real saving grace is its “alternate ending.” The idea of providing a “what if” scenario is refreshing, and truth be told, the alternate scenario offers a more satisfying resolution than the original one. 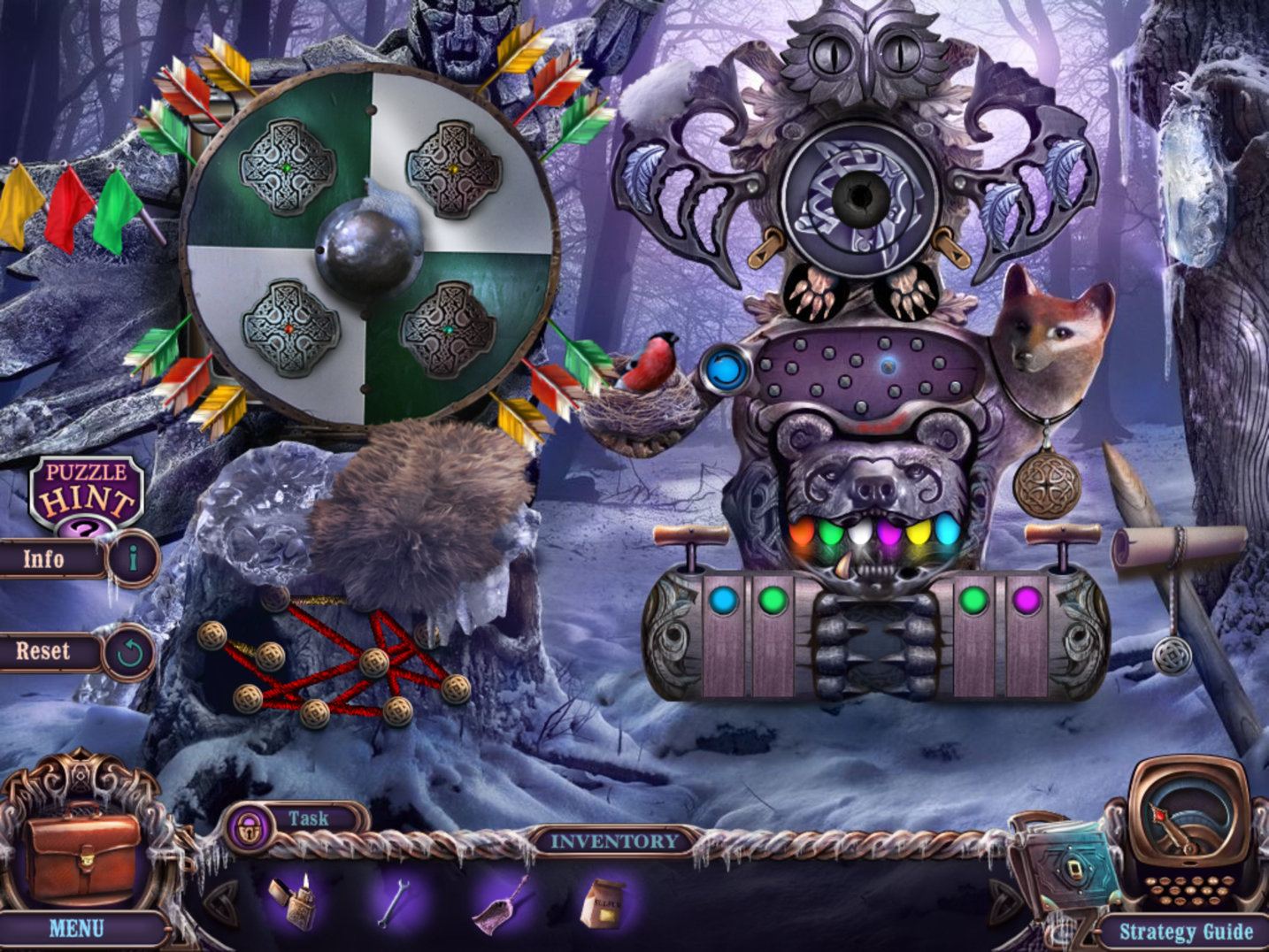 To make up for mediocre performances and ho-hum story ideas, Dire Grove, Sacred Grove should offer great gameplay; unfortunately, that too has issues. Effort was made to make hidden object scenes more interesting by turning many of them into match-two/HO hybrids. These are entertaining, but they alternate with overly-intricate, largely unintuitive puzzles that demand either superhuman patience or liberal use of the Hint button.

The reason for this is that puzzles here are actually a collection of smaller puzzles, all of which relate in some obscure way. You’re expected to tap all over, see if anything changes, and then interpret what those changes mean. It requires minute observation and the ability to associate visual symbols and recognize cause and effect. This level of challenge would be acceptable, if not for the frustration of reluctant touch-screen controls.

Too often, tiny puzzle areas resist manipulation, and with no way to enlarge those areas, your only choices are to wear your finger out tapping for the elusive hot spot, or to use the Skip button. It’s a shame because clearly, a lot of care was put into devising these puzzles, and if they’d been handled better, they’d be the centerpiece of the game. 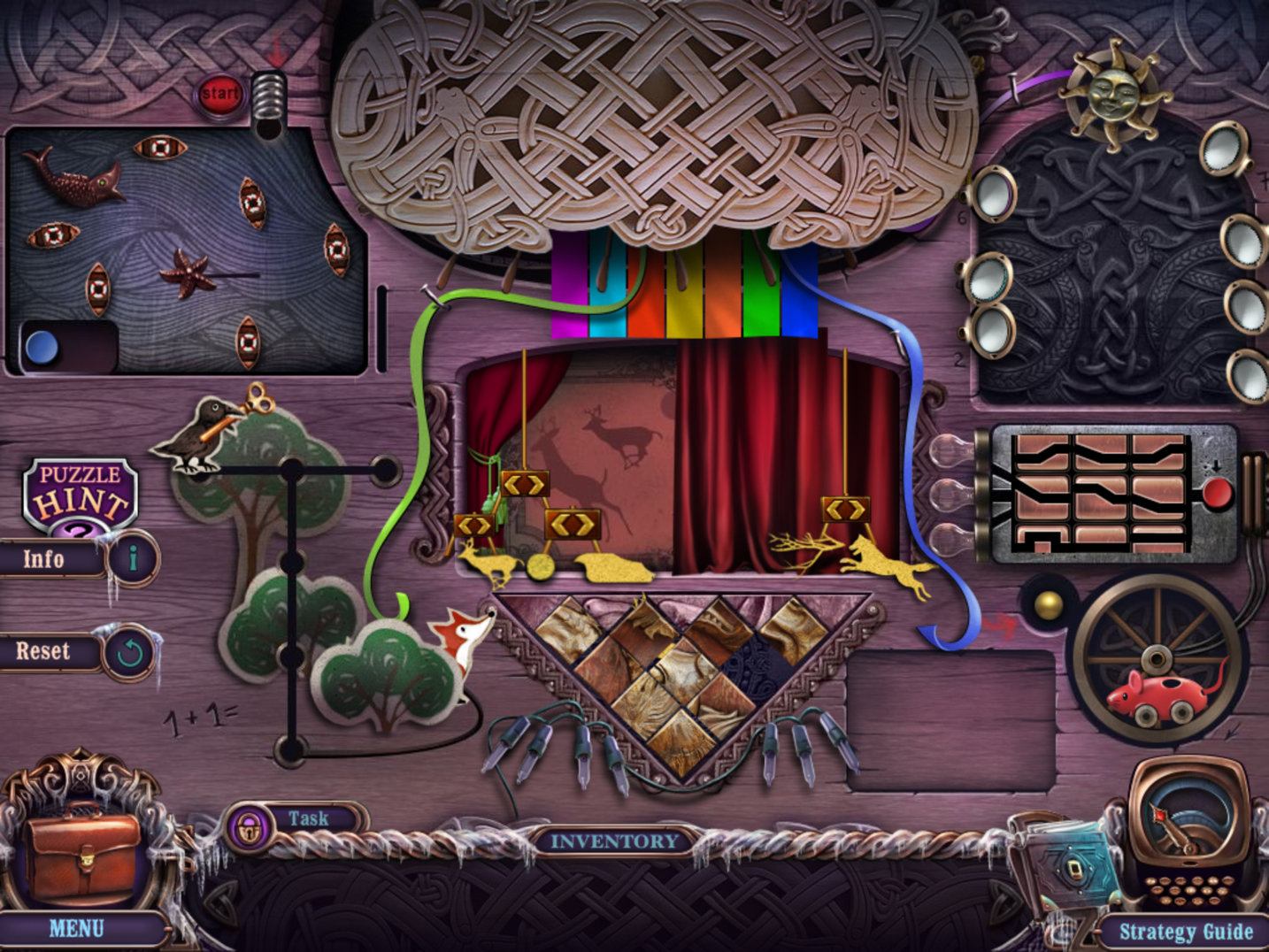 On the up side, Dire Grove, Sacred Grove exhibits the same spooky beauty as previous games in the series. Both characters and environments are lovely, and it’s hard not to get fired up when the familiar Mystery Case Files theme music plays. On top of that, there are a lot of different locations to explore and a convenient quick-travel map that makes it easy to zip back and forth among them. Best of all, the game employs a range of different storytelling methods—audio recordings, letters, cinematics, and conversations—and that keeps things reasonably interesting.

Despite its attractiveness and intricacy though, Mystery Case Files: Dire Grove, Sacred Grove is ultimately brought down by cliches, so-so performances, obscure puzzles and imprecise touch-screen controls. Further, A-list graphics are used to convey a B-list story that fails to enthrall or surprise. Though for most other developers, it would probably be considered a hit, for the talented Big Fish team, it’s a definite miss.