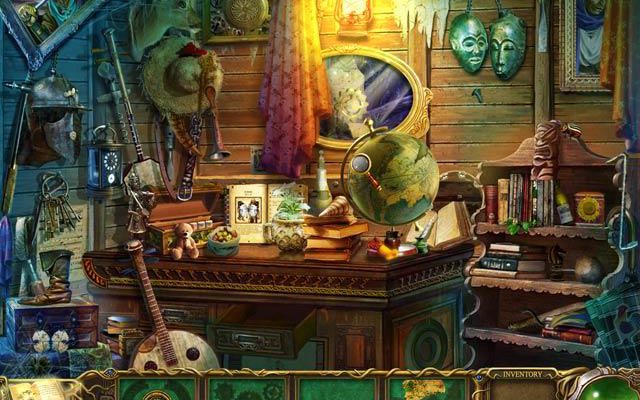 The situation is dire in the once-tranquil village of Westwind, where the dark priests of the Chaos God are causing no end of trouble in their quest to resurrect their master. As the daughter of two great but inconveniently dead Shamans, you are called home to save your people and once again cast out evil deity and his titular minions in Mystery Age: The Dark Priests, a new hidden object game that’s not quite great but still awfully good.

Much like the first Mystery Age game, The Imperial Staff, plot is not the strong suit of The Dark Priests. The priests are dark and very sinister and evil in that generic fashion favored by so many hidden object games in which the end of the world is nigh but nothing too terribly awful actually happens, but once the basic premise is laid down the story shifts into the background, where it can be quickly and easily forgotten. There’s also very little sense of connectedness between the game’s various locations; you’ll move from a thick jungle to a cobblestone-paved village, a mystical garden and even frozen and fiery nether realm settings, all with just a few clicks of the mouse. There are no supporting characters, no cut scenes and no narration and while an in-game diary provides some backstory and keeps track of important events, it has no relevance whatsoever to the gameplay and is just as well ignored. 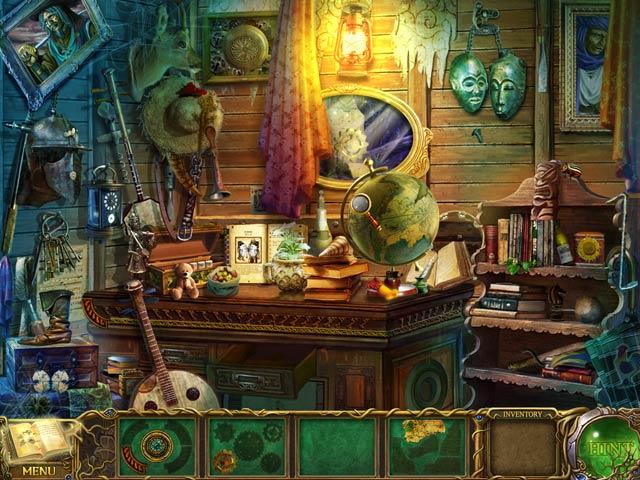 Fortunately, while the story in Mystery Age: The Dark Priests fizzles, the gameplay does not. Hidden object searches come in the usual three flavors – find the objects, find the pieces of the broken objects and find 15 of the same type of object – spread across conventional but attractively rendered scenes. Difficulty is strictly middle-of-the-road and the hint timer recharges relatively quickly, so even if you’re stumped by two or three toughies, you won’t have to wait long to uncover them and move on. There are puzzles as well, some familiar and some not, all fairly simple and used sparingly enough to provide a nice break in the action without feeling as though they’ve just been wedged in to pad out the play time.

And that, for the record, is not a concern. The Dark Priests takes what I consider the “brute force” approach to hidden object gaming: What it lacks in style and innovation, it makes up for in sheer, massive bulk. I blew more than four hours on it, which is substantially longer than most other HOGs I’ve played and especially impressive when you consider that this is almost a pure hidden object game. There are no big puzzles to solve or dialog to listen to and although you’ll inevitably waste some time revisiting old locations and on the occasional pixel hunt, for the most part this is just one big pile of good, old-fashioned hidden object searches to bull your way through.

It’s far from perfect. The story is a non-starter and while the game is long it’s also fairly small in terms of individual locations, so you’ll spend a fair chunk of time running around, looking for newly-revealed hidden object searches in places you’ve already been. The soundtrack is very generic, which isn’t all that usual but still disappointing given the promising Middle Kingdom ambiance of the intro scene. And there are pixel hunts. 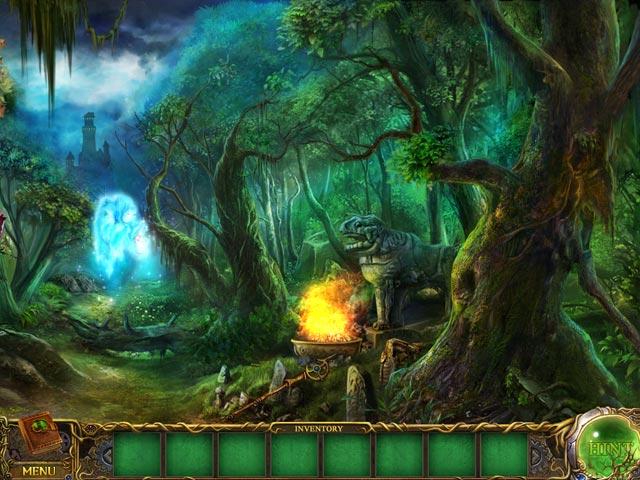 Incomplete hidden object searches in The Dark Priests are clearly marked but several vital items scattered throughout the game are not, which means rolling the cursor around the screen until you stumble upon the item you need to move things ahead. One in particular that’s required to wrap things up in the final stretch is lying on the ground in of one of the game’s locations, indistinguishable from the static background items; it was only through a timely, vaguely irritated click of the hint button that I stumbled across it at all. Interactive items that react to random poking and prodding, like a falling lantern or a spider that climbs a thread, are a nice touch and help make the process a little more appealing, but roaming aimlessly through a game’s levels, trying to figure out not just where that one all-important item is, but what it is, is never fun.

But those bumps in the road can’t take away from the fact that Mystery Age: The Dark Priests is a very good hidden object game that will keep fans of the genre busy for a good long time. It’s not going to compel anyone to play for hours on end to find out where the next twist in the plot leads, but for gamers who don’t care where it leads as long as they get some good hidden object action along the way, this is definitely one to look into.