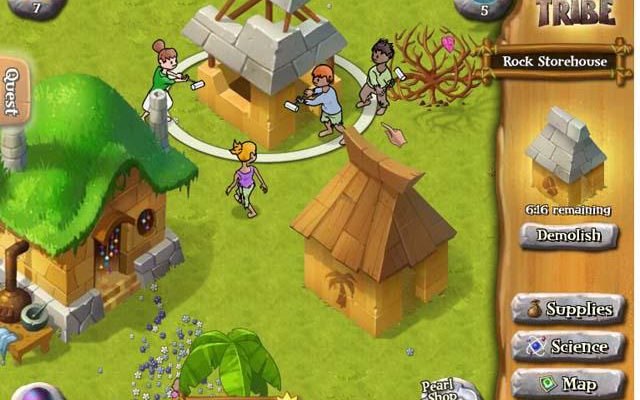 If My Tribe’s title sounds familiar to you, there’s a very good reason for that. Big Fish initially released My Tribe as a casual PC download a little over two years ago. The Facebook version adds social game mechanics and a cash item shop, but otherwise appears to be largely identical to the earlier version. Readers may recall Gamezebo pointing out that My Tribe was essentially identical to the Virtual Villagers series of games two years ago and that statement is still basically true.

That is, again, more interesting on Facebook than off of it. Cloning is rampant in social gaming, but My Tribe is one of the first attempts at doing something in the Virtual Villagers vein on the platform. The result is something with a lot more depth and variety than most social games, though there’s also a trade-off in terms of complexity. Most social games are so simple you can pick them up and start merrily clicking away, while My Tribe has an actual learning curve and some fairly complex menus to navigate. 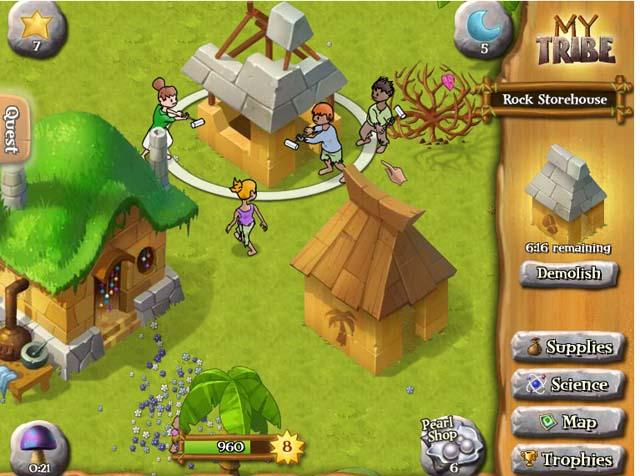 The basic idea of My Tribe is helping a bunch of castaways on a desert island build themselves up into a decent little civilization. Instead of doing this by clicking away at tiles in Zynga style, My Tribe asks you to take a more hands-off approach. You can level up individual members of your Tribe and assign them to particular tasks based on their individual stats, which they’ll go about automatically. You’ll level up by gaining experience as your tribe does productive things. The goal of the game is to expand your tribe’s numbers and develop a comfortable lifestyle for them. 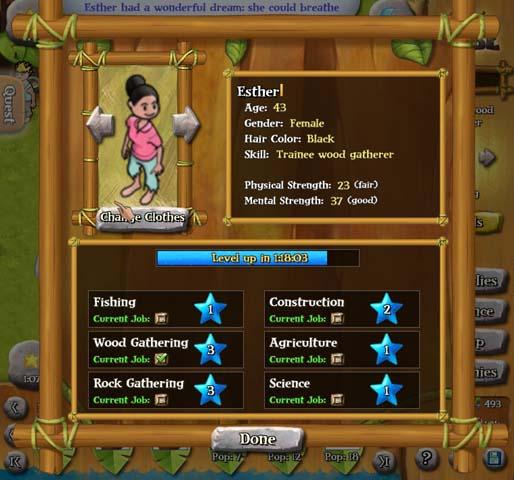 You can pick which island you’ll settle your tribe on at the start of the game, though there doesn’t seem to be any bad choices. You can customize what individual tribe members do by changing their clothing and assigning them different tasks. You can improve your tribe’s overall quality by pairing off tribespersons with the best stats when it’s time to have babies, which is handled tastefully but is still a little unsettling. Your tribe grows very slowly, though in time you can expand to other islands. You can also visit your friends’ settlements to acquire resources more quickly, which is the main social component of the game. 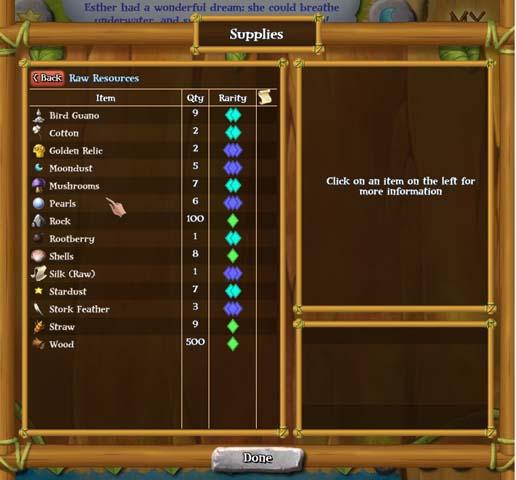 My Tribe looks good and runs well, but there’s a certain sense of stickiness that it seems to lack as a social game. You achieve things slowly and there’s no sense that your tribe will come to ruin if you don’t check up on them every so often. Figuring out how to customize clothes effectively and navigate the menus on your own is very difficult when compared to the simplicity of most social games. Fans of casual gaming may prefer My Tribe’s more laid-back pace and meatier gameplay to typical social game fare, but chances are they’ve also already played it.